A culture-war missile aimed at Britain and Europe 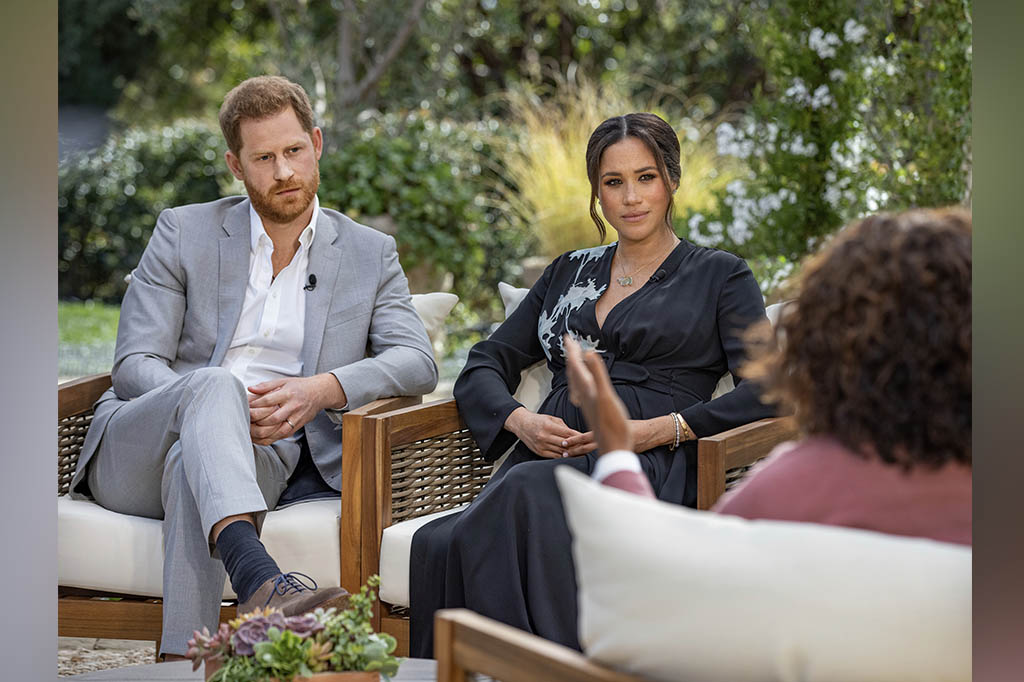 America’s culture wars are an export the rest of the world doesn’t thank you for — especially we Britons, who are now saddled with a living embodiment of those wars in the figure of Meghan Markle.

By sending her our way, American culture has fired a woke missile right into the heart of the British establishment. She’s a one-woman family destroyer, only in this case, the family in question happens to form one of Europe’s most venerable and ancient institutions.

For years, Markle has had virtually no relationship with any of her own family. It seems that she wants to ensure that her husband, Prince Harry, similarly has no relations with his. She has sought to sever his blood ties through the medium of Oprah Winfrey.

During their interview, Markle showed herself to be a far better actress than her minor TV career might ever have suggested. In her two-hour special, she posed, preened, emoted and made constant unsubstantiated claims. Worst was her claim that someone in the family had asked Harry what he thought their first-born might look like. This was immediately asserted by both Meghan and Oprah to be an example of “racism.”

Was it? I very much doubt it. If one of the royals had said anything actually racist, then Markle would have used it to get another wheelbarrow of cash in another of her high-profile attempts to avoid the limelight. As it was, she relied on innuendo.

The royal question could have been — most likely was — an entirely innocent inquiry, made in what we used to call “private” (the Duchess will have to look up that word). Prince Harry is ginger-haired. It is conceivable that a family member asked whether he thought the baby would have ginger hair. Given that the baby’s mother is black, the questioner likely wondered, might the baby come out as non-pasty-white? That is the most likely human explanation.

Did the unnamed royal-family member express disgust at the idea of a mixed-race baby? Of course not. Which is why all Markle offered were teary-eyed non-specifics. Later, she implied that her son wasn’t given the title “Prince” because of his race. In fact, a great-grandson of the Queen is never titled “Prince,” unless he is the son of the heir to the throne, which Archie isn’t.

But Markle in her mansion implied that she never heard anything so racist or wicked. Ignorant as swans and as malevolent to boot, the millionaire Markle simply emoted to the billionaire Oprah about how uniquely unfortunate and bullied she is. And so the oldest institution in Britain, the monarchy, is now on the defensive, with Buckingham Palace having to release a statement expressing “concern.”

So the Queen and her 99-year-old husband, who fought the Nazis in World War II, have to watch their grandson’s nightmare of a wife try to destroy everything they have worked for through these bogus 21st-century racism accusations.

And things are getting worse. The atmosphere in Britain is toxic. Toxic like everything that Markle touches. To even say that you doubt Markle is to risk the whole stupid spirit of our age come crashing down upon you.

One of Markle’s claims to Oprah was that she had mental-health problems brought on by marrying into the royal family. Her hardships? She didn’t know she had to curtsy when meeting the Queen. She also didn’t know that the British tabloids wouldn’t fawn over her. Had she even heard of the royal family before directing herself straight at the unsuspecting Prince Harry? Of course she had. Can someone as wily as Markle not even use Google?

Still, express doubt over any of this and you risk losing everything. Piers Morgan — not generally my cup of tea — was one of the very few Brits who expressed doubt over Markle’s account. The result? Markle complained to his bosses, who promptly defenestrated Morgan’s career.

To deny that the British monarchy is racist, when it presides over one of the most diverse group of nations on earth, the Commonwealth, is to attract the same ire.

Well, to hell with these divisive, race-baiting, self-pitying, self-advancing furies. And to hell with those who demand that we all say only one thing and look at the world through only one lens. We have the right to doubt a Duchess. You Americans do, too. Indeed, your nation was founded upon that right.

Douglas Murray is the author, most recently, of “The Madness of Crowds: Gender, Race and Identity,” now out in paperback.

This 7-year-old dresses as horror icons