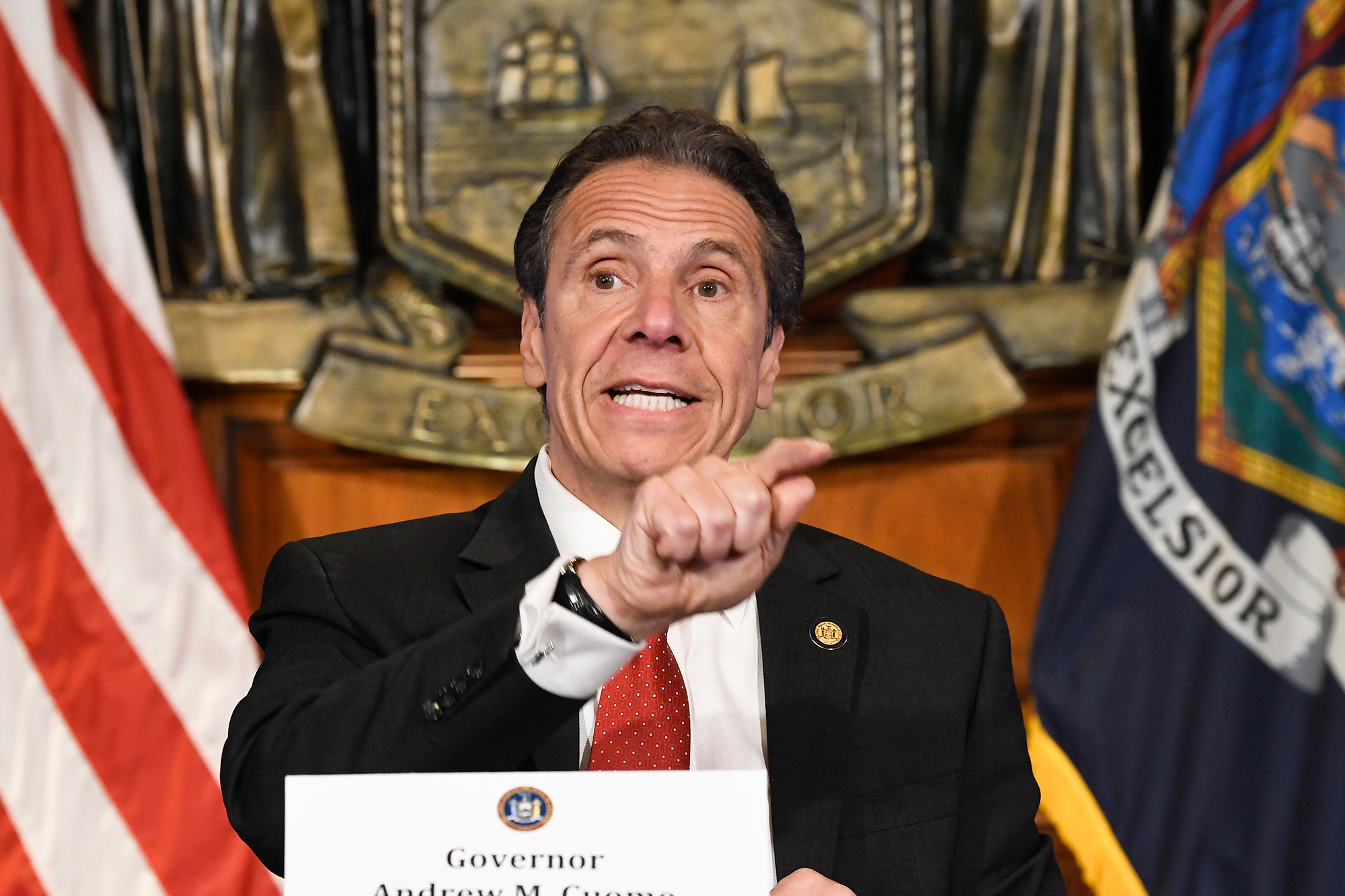 Somebody needs to tell Governor Cuomo that when you are in a hole its time to stop digging. Once again at his Emmy award-winning press conference on Friday, Cuomo deflected and denied when faced with his mishandling of nursing homes and state data. He continued to blame something he calls a “void” in information. Friday there was even a picture of the void in his power point presentation. It looked like a black hole in space, Cuomo looked like a shaken shell of a governor.

It’s almost sad how the mighty have fallen. The only void at work here is one of competent leadership. Cuomo refuses to answer straightforward questions about his own attorney general’s report showing he undercounted deaths. He also refuses to address an admission by his staff that the numbers were hidden on purpose. Cuomo may be living in a sci-fi fantasyland where he did nothing wrong and the Trump administration was out to get him, but increasingly other Democrats aren’t buying it.

Rep. Alexandria Ocasio-Cortez became the latest in a cavalcade of Cuomo’s party mates to call for an end of his emergency powers and an investigation. Andrew Cuomo is a machine politician in a post-machine political era. He thinks he can just bully Democrats like Assemblyman Ron Kim. But Kim isn’t backing down, and he has the backing of Democrats like mayor Bill de Blasio. If there is anyone left in the governor’s corner they are being awfully quiet about it.

Cuomo says he is going to take on the lies, but he is the liar. He said the lies are “causing the pain to families who lost a loved one.” The temerity is just shocking. It is next level gaslighting.

One almost can’t blame Cuomo for his feverish desire to cling to “emergency power.” After all an entirely credulous media treated him as the most competent COVID fighter in America for a year. He could do no wrong. How cruel that suddenly the media has turned on him and is asking for actual answers instead of doing prop comedy with oversized Q Tips.

The game is up. The only question left is how long Cuomo will continue to delude himself into thinking this will all just go away.

At the very least the governor’s emergency powers need to be stripped, yesterday. This was true before the current scandal, but with so much evidence mounting that his administration knowingly lied, he can no longer be the only person with the keys to state government castle. The reign of Cuomo must end now.