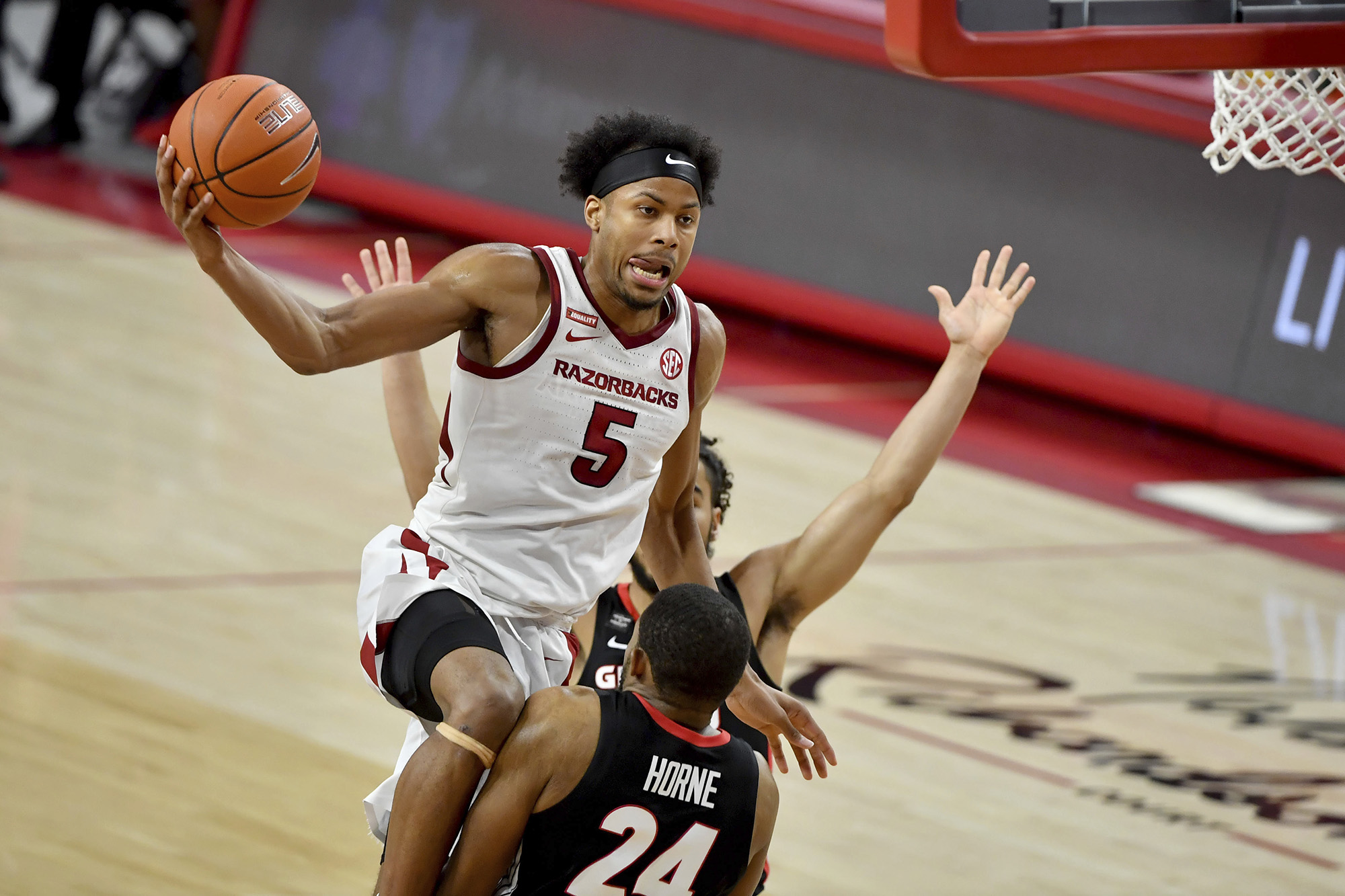 Arkansas enters Tuesday as the SEC’s hottest team with six straight wins in conference, and the Razorbacks will look to keep things going against a Florida team that last played on Feb. 3.

Despite playing at a fast tempo with the 17th most possessions per game in the country, Arkansas has held up on defense, ranking 39th in fewest points allowed on a per-possession basis (Florida ranks 114th in this category). Also, the Razorbacks are significantly better at home, allowing 24 fewer points per 100 possessions at Bud Walton Arena compared to on the road.

Florida has had a tough time limiting opponents to a single scoring opportunity, allowing 30 percent of their opponents’ missed shots to be rebounded, which ranks 292nd in the country.

The Gators also rate 294th in fouls on a per-possession basis and are facing an Arkansas team that in SEC play is making 76.4 percent of its free throws, which ranks second in the conference.

With five different players averaging at least 10 points per game — paced by Moses Moody’s 16.3 ppg — the Razorbacks’ balanced attack should take apart a Florida team that has a tough task in staying sharp after having not played in 13 days.

Nestlé to launch a vegan version of its KitKat bar

Nestlé to launch a vegan version of its KitKat bar

One dead in three-alarm Bronx blaze