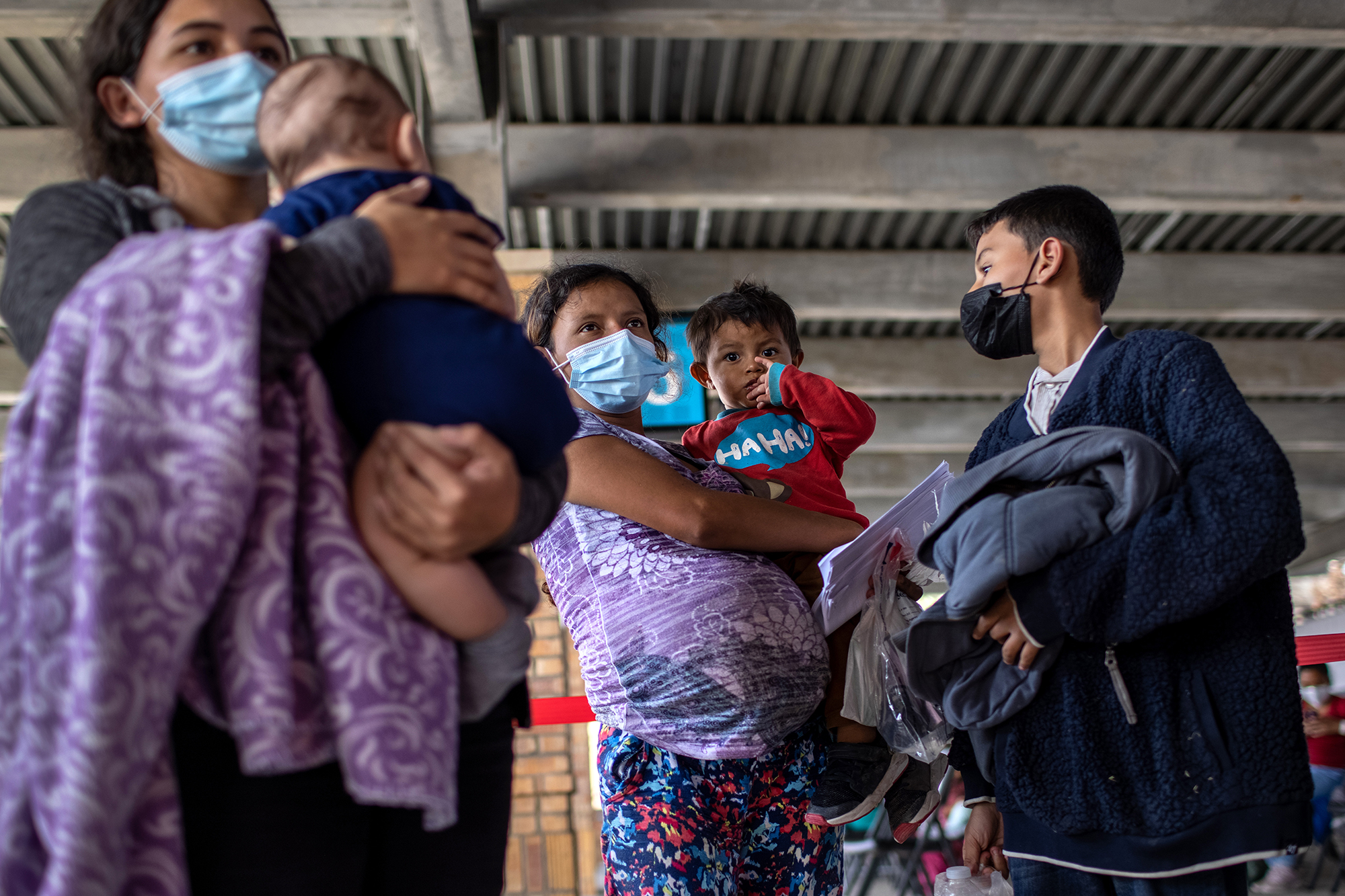 The Biden administration will transform two Texas facilities where detained migrant families are held into Ellis Island-style rapid processing centers, meaning adults and children who cross the border will be housed for a maximum of 72 hours before being released into the U.S.

Migrant families previously held at a third facility, the 96-bed Berks County family detention center in Leesport, Pa., have all been released, according the ICE disclosure made Friday in the decades-old Flores lawsuit filed on behalf of migrant children. That detention center will instead be used by ICE to hold adults.

The number of unaccompanied minors and families arriving at the U.S.-Mexico border this year “are expected to be the highest numbers observed in over 20 years,” Russell Hott, a senior official with ICE, wrote in an email sent to staff members on Thursday.

Even as the two facilities in southern Texas are transformed into rapid-processing centers, that “may not be sufficient to keep pace with apprehensions,” Hott warned in the email reviewed by the Post. And those who cannot be housed at those centers even for 72 hours will be transferred to nearby hotels.

ICE-contractor MVM will transport families unable to be housed at those facilities to hotels, and the company plans to select hotels in McAllen, El Paso and Phoenix, Ariz., Hott wrote.

The detention centers in Dilley and Karnes will served as quick-release intake facilities, where unaccompanied minors and families would undergo background checks and be released before preliminary court hearings, unnamed DHS officials told the Post. Some migrants would enroll in alternatives to detention, such as ankle-monitoring programs.

Anyone who tests positive would quarantine for 10 days, the officials said. Non-profit partners would work to organized airplane and bus tickets to their final destinations in the U.S., often to stay with family members or friends while awaiting their court hearings.

Homan said illegal crossings at the southern border were at historic lows when Trump left office, an achievement reached in part through agreements with Mexico, Guatemala, Honduras and El Salvador. He credited Trump for the Remain in Mexico Program, as well as the border wall to slow illegal entry into the U.S. and the Title 42 designation that would require most illegal aliens to be immediately returned to Mexico because of the COVID pandemic.

Homan said Biden’s rollback of most of Trump’s policies are “facilitating illegal entry” into the U.S. The Biden administration is also under criticism from Republicans for considering changing the names of some facilities at the border to “reception centers” to communicate a message that people will be rapidly released, the Washington Examiner reported.

But lawyers who work with detained immigrant families welcomed the new 72-hour release plans and credited the Biden administration for announcing the shift. They noted that even shorter detention stays could be harmful to children.

“Family detention will never truly be over until the facilities are closed and the contracts with ICE end,” Bridget Cambria, executive director of the legal group Aldea – The People’s Justice Center, told The Associated Press.

The Biden administration has already released several families seeking asylum who had been detained for a year or longer in Texas and in some cases came within hours of deportation. Those families will pursue their cases while remaining subject to ICE monitoring.

In his early days, Biden has confronted increasing numbers of families and unaccompanied children crossing the U.S.-Mexico border, leading to shortages of space in Border Patrol holding cells and long-term facilities for children operated by Health and Human Services. In the case of the Border Patrol, hundreds of children in recent weeks have been detained longer than 72 hours, the general limit set by the agency’s standards.

Biden stopped the practice initiated by former President Donald Trump of expelling unaccompanied immigrant children under public health authority. Officials expelled thousands of children to their countries of origin without giving them a chance to seek asylum or other protections under federal law.

The Biden administration continues to expel immigrant families and adults.

The Associated Press contributed to this report.