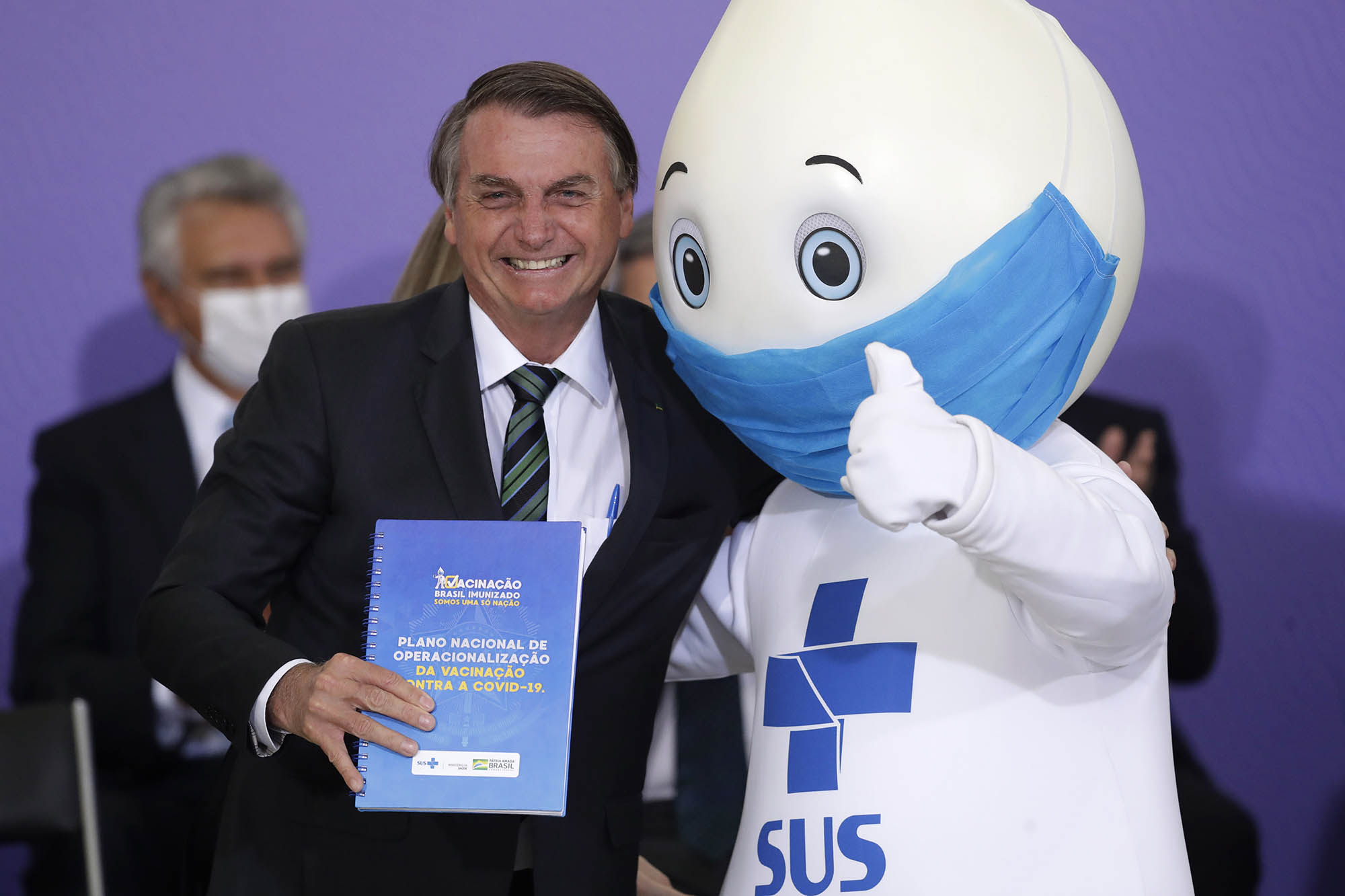 RIO DE JANEIRO — Rumors and conspiracy theories swirled this past week regarding the whereabouts of Zé Gotinha, the mascot for the nation’s national vaccination program.

“Where is our beloved Zé Gotinha?” da Silva said in a speech criticizing President Jair Bolsonaro’s handling of the pandemic.

Zé Gotinha, whose name translates roughly as “Joe Droplet” and who resembles an overgrown Casper the Friendly Ghost, was created in the 1980s to help the health ministry promote vaccination against the polio virus and put children at ease.

“The advertisements about vaccines had been very heavy. They were associated with something terrible, tragic, life-threatening,” Carla Domingues, former coordinator of the national vaccination program between 2011 and 2019, told The Associated Press.

Gotinha changed that and, due to his success, he has since made regular appearances to warn about the importance of preventing measles, tuberculosis, whooping cough, diphtheria and, most recently, COVID-19.

But the last time Gotinha was seen publicly in a ceremony in Brasilia was Dec. 16, launching the national vaccination program. The character, much beloved by children, declined Bolsonaro’s attempted handshake in the name of social distancing.

Da Silva, a leftist who is Bolsonaro’s rival, presented his own theory about what happened to Gotinha: “Bolsonaro fired him, because he thought he was from the Workers’ Party.”

One theory is that the mascot’s publicity services may not be needed at the moment, as Brazil is using its limited doses to vaccinate the elderly and people in priority groups, not yet children.

Many on social networks are speculating about Gotinha’s fate. One person spoke of the drama of Gotinha being unemployed. Another reinterpreted a typical poster of a missing child, with the image of the mascot and the caption “disappeared”.

“Cheering for the quick recovery of Zé Gotinha. Only this hero can save us,” said a Twitter user who speculated the mascot could be recovering from a disease.

Since coronavirus vaccinations started in Brazil, Bolsonaro has cast doubt on their effectiveness. He recently began walking back such skepticism but continues to claim drugs such as hydroxychloroquine can help prevent hospitalization, though they have shown no benefits in rigorous studies.

Due to low supplies and slow rollout, almost 5% of Brazilians have received at least one vaccine shot so far, according to Brazil’s national council of state health secretaries. But 79% of Brazilians want to be vaccinated, according to a survey that pollster Datafolha published January 23. That’s up 6 percentage points from the prior poll in December.

On Friday, a drawing of Gotinha made an appearance in the social media of Eduardo Bolsonaro, the president’s son and a federal lawmaker. The mascot was depicted holding a syringe in the shape of assault rifle. “Our weapon is the vaccine,” the lawmaker wrote.

“(Gotinha) was conceived as an educational character. There’s nothing educational about a gun”, Rosa told newspaper Folha de S.Paulo. Carlos Latuff, another cartoonist, drew an image depicting Gotinha breaking a rifle over his knee.

“Gotinha was thought to make vaccination a holiday for children and it was a great success,” Domingues said. “He was one of the main people responsible for a change of perspective on immunization.”

The 10 artists who’ve won the most Grammys Awards ever