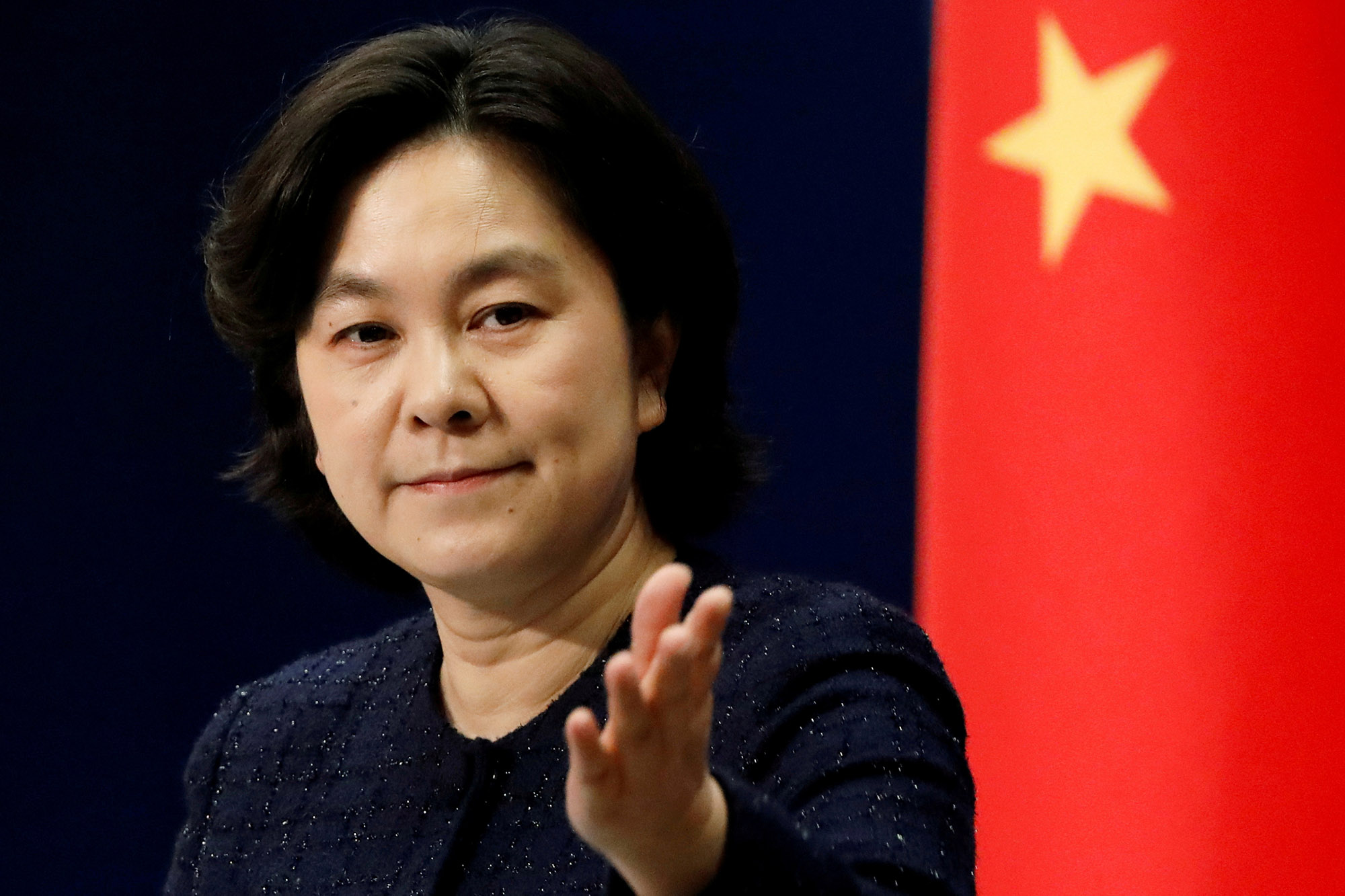 In the wake of international backlash for reported human rights abuses in the Xinjiang province, Chinese officials are attempting to reverse the blame by shining a light on slavery.

In a Thursday press conference at the Chinese embassy in Washington, Chinese spokesperson Hua Chunying, deflected questions regarding recent boycotts on big name brands like Nike, Adidas and H&M after the US, under President Trump, banned cotton imports from Xinjiang in January.

“As for the issue of ‘forced labor’ itself, the accusations against Xinjiang made by some Western countries, including the US, are totally based on lies,” Hua told reporters Thursday.

“Here is a picture of black slaves being forced to work in cotton fields in the US,” Hua, who came prepared with photos, demonstrated to reporters. “Here is another picture of cotton fields in China’s Xinjiang where more than 70 percent of the cotton is picked with machines. There is never ‘forced labor’ in picking cotton in Xinjiang.”

“Some are bent on linking [job opportunity] with forced labor and oppression because they have been doing this themselves for hundreds of years in history,” she continued. “They are presuming others’ behavior based on their own experience.”

China has recently developed a defense tactic of trying to turn around accusations of oppression against it by bringing up US social justice issues.

A top Chinese diplomat criticized the US during a contentious US-China summit in Alaska, saying “there are many problems within the United States regarding human rights,” and called Black Lives Matter a “deep-seated” issue.

Secretary of State Anthony Blinken pointed to reported abuses in Hong Kong, Taiwan and against the Uighurs, an ethnic Muslim minority group in Xinjiang.

The highlighting of slavery in the US pass comes after the US, along with other western countries, imposed fresh sanctions on the People’s Republic of China (PRC) over-reported human rights violations committed against the Uighurs.

President Biden himself has not classified the abuses by the PRC as genocide, but in a Monday statement, Blinken accused China of continuing “to commit genocide and crimes against humanity in Xinjiang.”