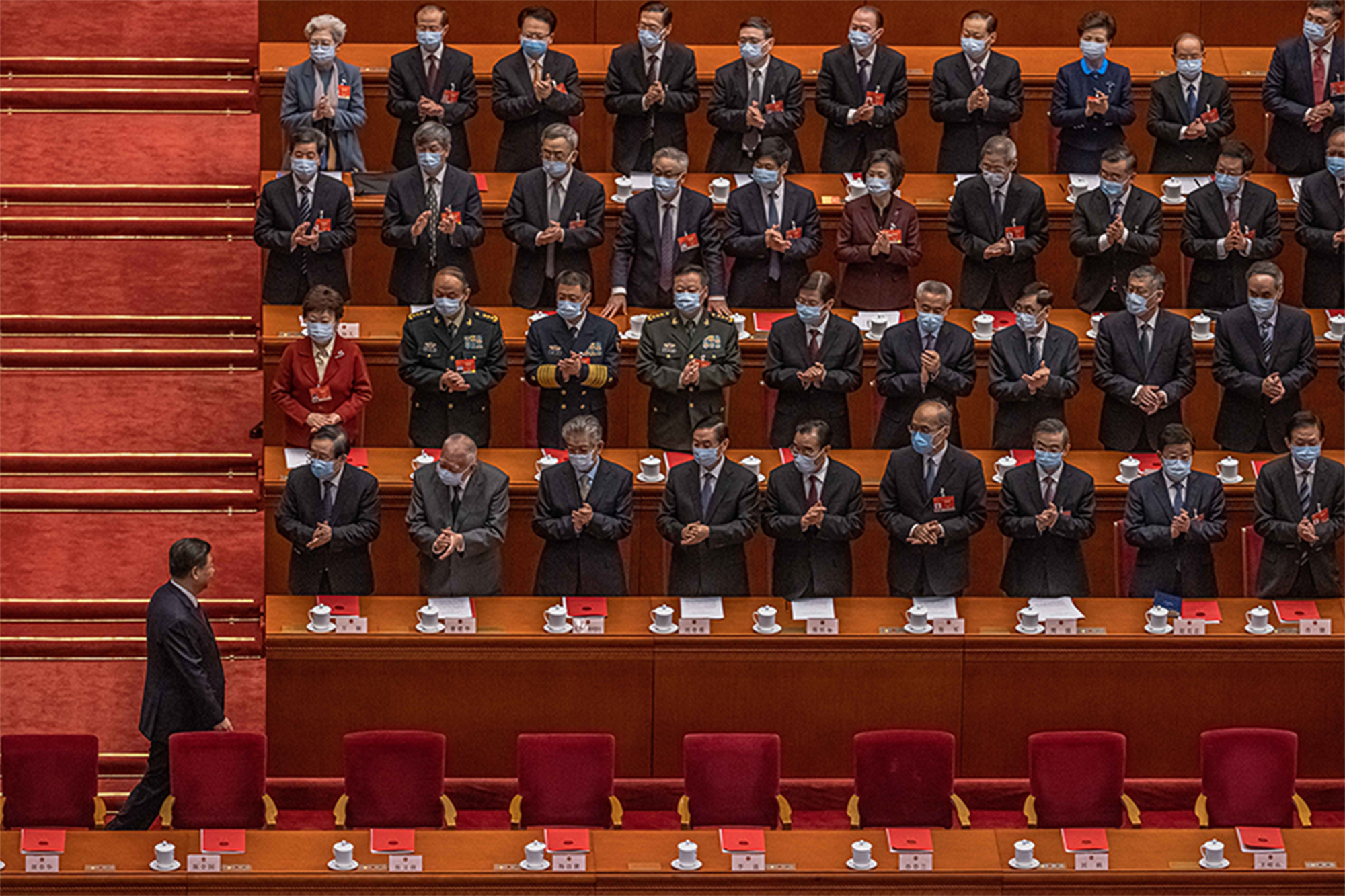 BEIJING — China’s ceremonial legislature on Thursday endorsed the Communist Party’s latest move to tighten control over Hong Kong by reducing the role of its public in picking the territory’s leaders.

The measure adds to a crackdown against a protest movement in Hong Kong calling for greater democracy. The crackdown has prompted complaints Beijing is eroding the autonomy promised when Hong Kong was handed to China in 1997 and hurting its status as a global financial center.

The National People’s Congress voted 2,895-0, with one abstention, to endorse changes that would give a pro-Beijing committee power to appoint more of Hong Kong’s lawmakers, reducing the number elected by the public. NPC members, who are appointed by the party, routinely endorse party plans by unanimous vote or overwhelming majorities.

President Xi Jinping and other party leaders sat on stage in front of delegates as they cast votes electronically in the cavernous Great Hall of the People. The NPC has no real powers but the party uses its brief annual meeting, the year’s highest-profile political event, to showcase government plans and major decisions.

Also Thursday, the NPC endorsed the ruling party’s latest five-year development blueprint. It calls for stepping up efforts to transform China into a more self-reliant technology creator — a move that threatens to worsen strains with Washington and Europe over trade and market access.

Under the Hong Kong changes, a 1,500-member Election Committee would pick the territory’s chief executive and an unspecified “relatively large” number of members of its 90-seat legislature.

Committee members would come from five segments of society including business and political figures. That would give pro-Beijing forces more influence than a popular vote would.

“All representatives highly agreed” to the changes “to safeguard national sovereignty, security and development interests and to maintain Hong Kong’s constitutional order,” said the chairman of the NPC’s governing Standing Committee, Li Zhanshu.

The changes will allow Hong Kong to “resolve the problem of the LegCo making everything political in recent years and effectively deal with the reckless moves or internal rift that have torn Hong Kong apart,” the territory’s chief executive, Carrie Lam, said in a statement.

Last year, the party used the NPC session to impose a national security law on Hong Kong in response to the protests that began in 2019. Under that law, 47 former legislators and other pro-democracy figures have been arrested on subversion charges that carry a possible maximum penalty of life in prison.

“The Hong Kong people will be disenfranchised” under the latest changes, said Emily Lau, a former Hong Kong legislator.

Mainland leaders deny they are eroding Hong Kong’s autonomy and say the changes are necessary to protect the territory’s stability.

On Sunday, Foreign Minister Wang Yi defended the changes in Hong Kong as needed to protect its autonomy and defend its “transition from chaos to governance.”

Lau, the former Hong Kong legislator, said concerns expressed by some Chinese officials about a possible independence movement or attempt to overthrow the government are overblown.

“What Beijing is worried about is overkill. Hong Kong people are not going to have independence or overthrow the government. No way,” she said.

“What they should do is engage, listen to the voices of Hong Kong people so we can have a dialogue and reach a consensus on how to move forward, instead of just coming down on us like a ton of bricks,” she said.

Knicks’ Derrick Rose still out due to COVID protocols

Knicks’ Derrick Rose still out due to COVID protocols

Myanmar junta cuts internet, protesters say they will not surrender