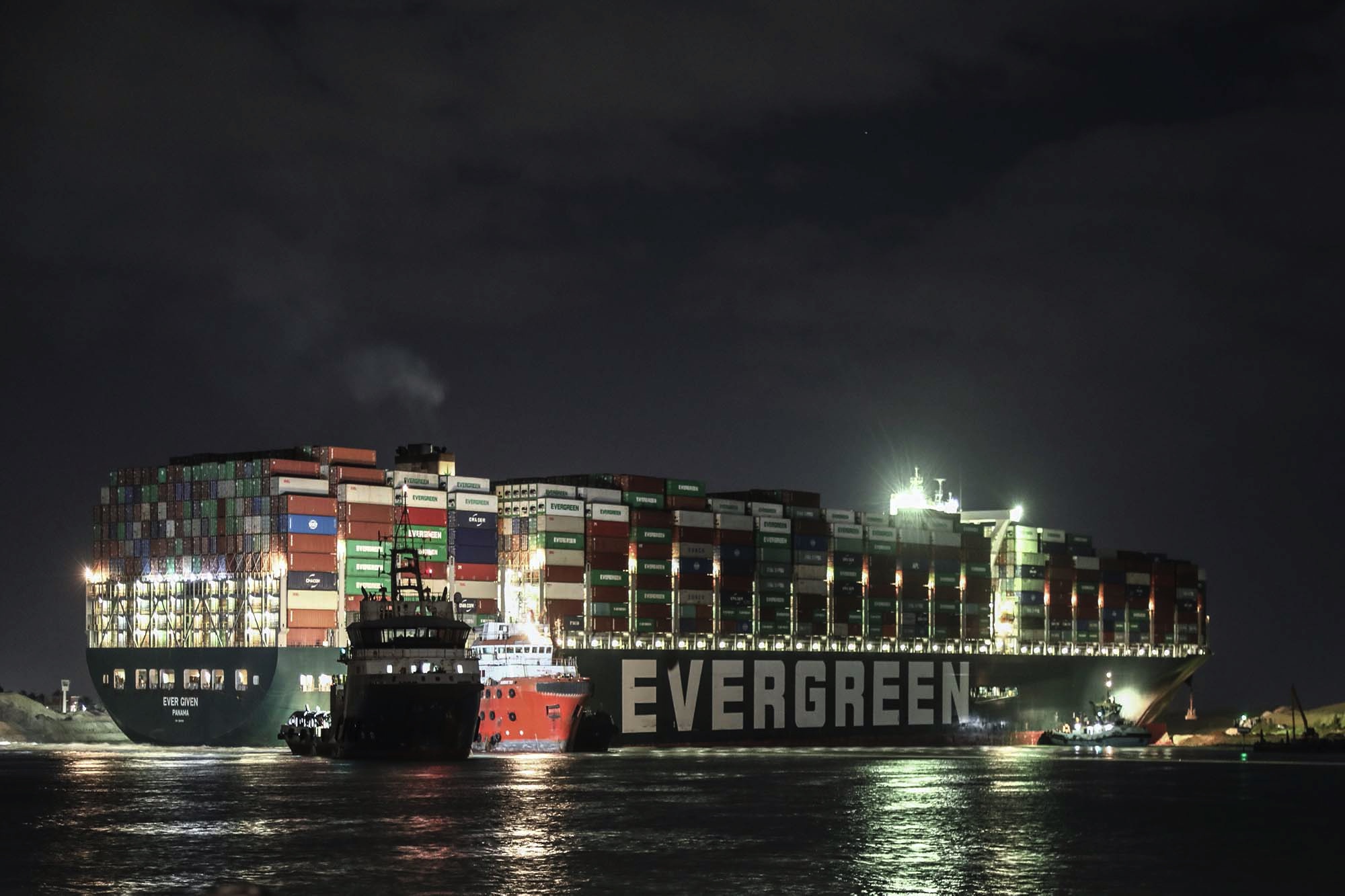 A massive container ship remains stuck in the Suez Canal for a sixth day on Sunday — hiking the estimated economic damage from the resulting shipping logjam to $60 billion.

The crisis is causing commercial losses of about $9.6 billion a day as ships that should have been heading between Europe and Asia stay immobilized, according to economic estimates calculated by Bloomberg.

Meanwhile, there is still no timeline for freeing the massive Ever Given container ship, which is about the length of the Empire State Building.

The vessel went aground Tuesday after being blown aground inside the canal by heavy winds, investigators said.

Now hundreds of waiting ships are weighing the possible benefits of turning around and making a very costly detour around the African continent.

The financial fallout from the blockage of the vital shipping lane may extend to a worldwide shortage of everyday household items, including toilet paper.

Eleven tugboats are working to refloat the ship and “remove sand and mud from around the port side of the vessel’s bow,” according to BSM, the technical manager of the Ever Given.

They will be joined Sunday by two additional tugs from Italy and The Netherlands. The US Navy is also prepared to step in and help dredge the ship from the Egyptian waterway.

While some experts are optimistic progress is being made, one maritime executive involved in the project reportedly predicted it could “take weeks.”

All 25 members of the crew remain on board and in “good health and spirits,” the company said.

Activists call for PGA and MLB to boycott Georgia

Activists call for PGA and MLB to boycott Georgia