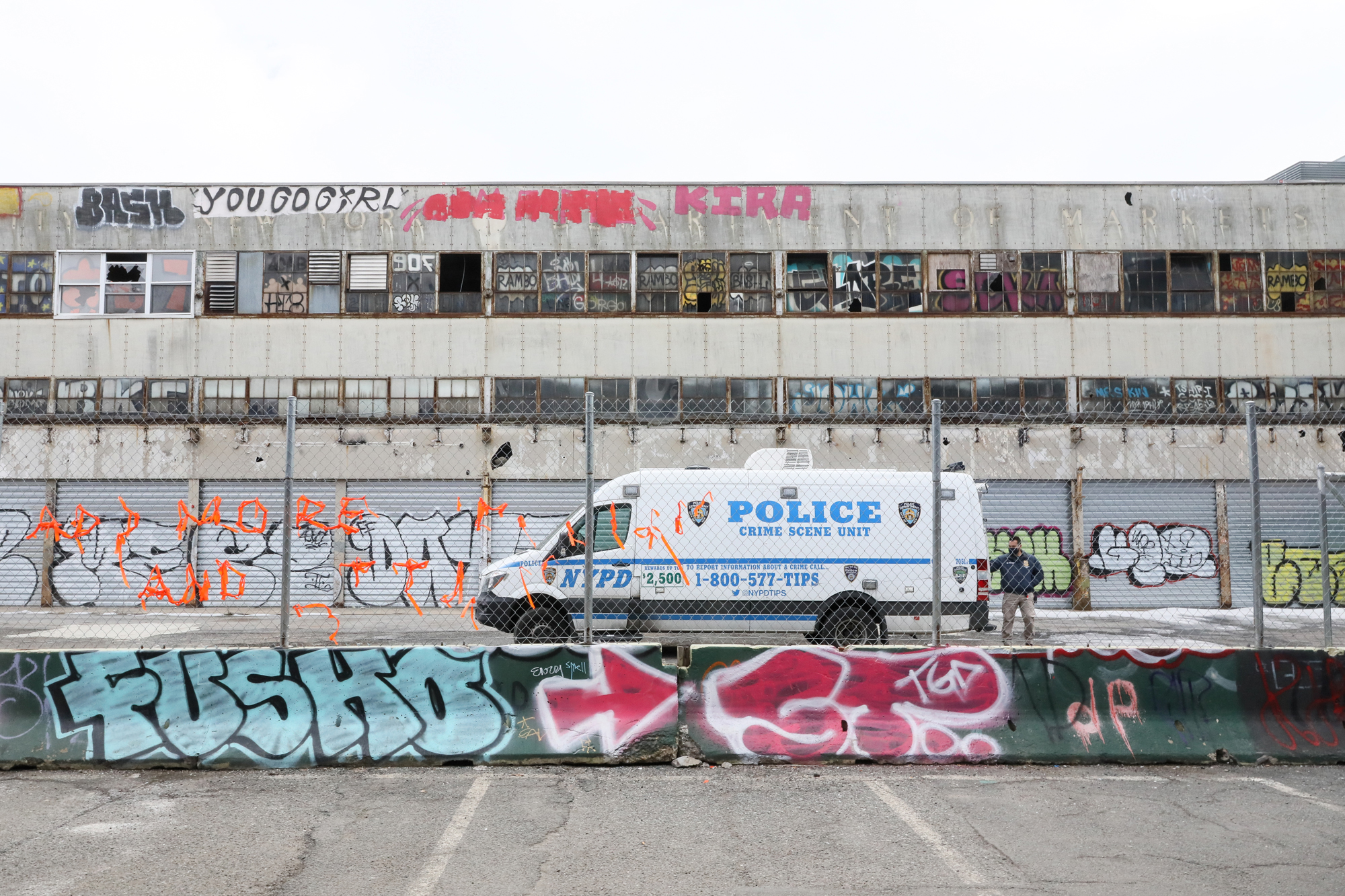 The death of a homeless woman found wrapped in plastic at an old South Street Seaport building has been ruled a homicide — cops said Tuesday, as they announced the arrest of a suspect who allegedly helped conceal the victim’s body.

The body of 19-year-old Rosalee Sanchez was discovered around 9:20 a.m. Saturday stashed on the second-floor staircase of the abandoned Fulton Fish Market building at 95 South Street, according to cops and law enforcement sources.

Amber Wilson, 35, who is homeless in New York City but whose last known address was in Cumberland, Maryland, was arrested and charged with tampering with physical evidence, police said.

Austin Boehm, 25, and Christian Mercado, 20, were also arrested and charged with second-degree murder.

The motive for the murder remained unclear Tuesday.

Locals said homeless people have long since taken over the building — once a vital part of the South Street Seaport’s bustling fish market, which relocated to The Bronx in 2005.