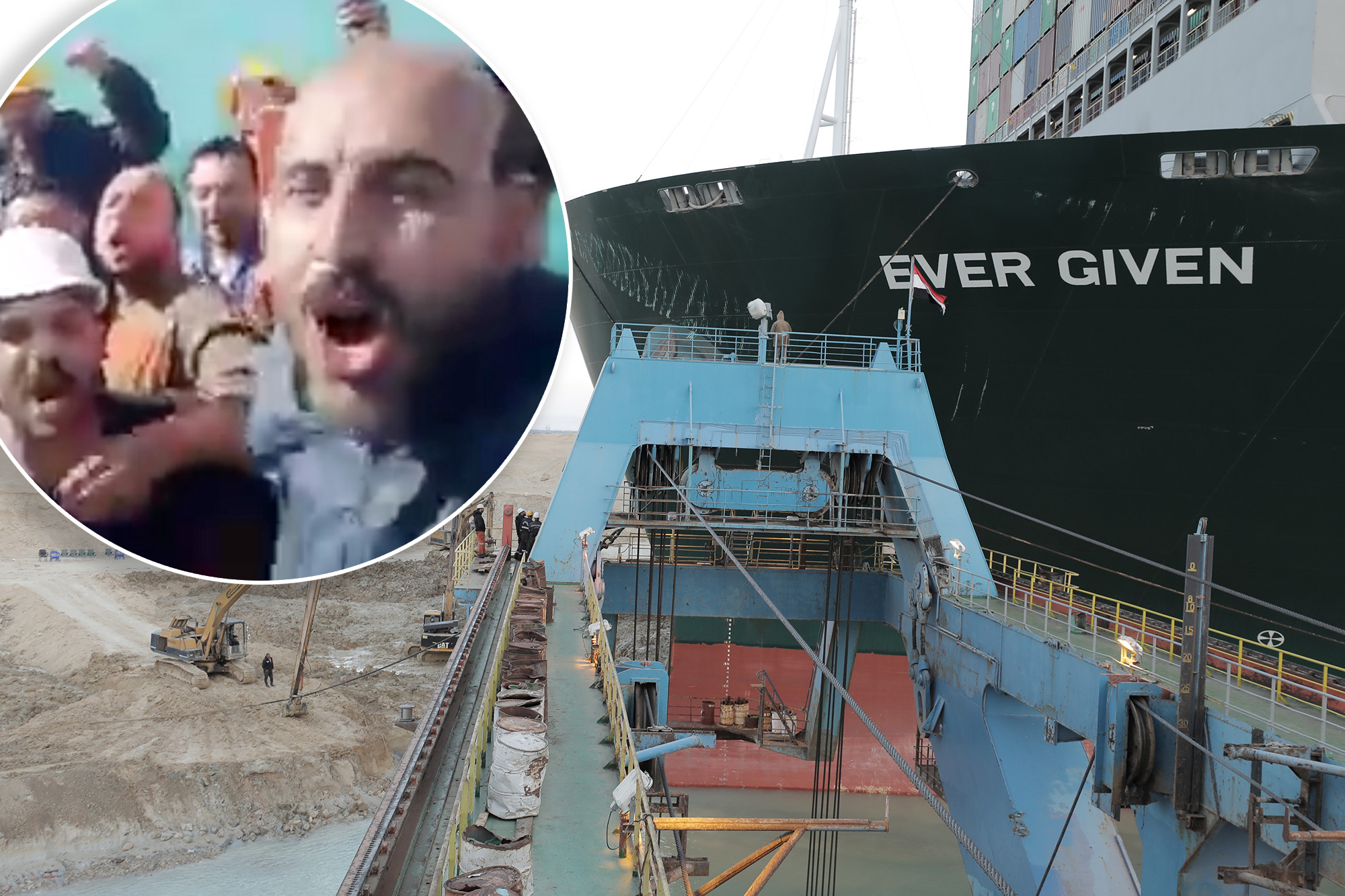 The crew of a dredging boat that helped free a massive container ship stuck in the Suez Canal for nearly a week burst into gleeful chants on Monday.

“Mashhour is No. 1!” yelled the Egyptian crewmembers of the boat Mashhour, according to a tweet featuring the footage.

The drudging crew had just helped extract the Ever Given, a colossal container vessel that ran aground in the canal Tuesday and had been blocking the crucial worldwide shipping lane.

It took about four days for the dredger to complete the job, helped by other sand-shifting ships, tugboats and the tides.

A politicized US military should horrify all Americans