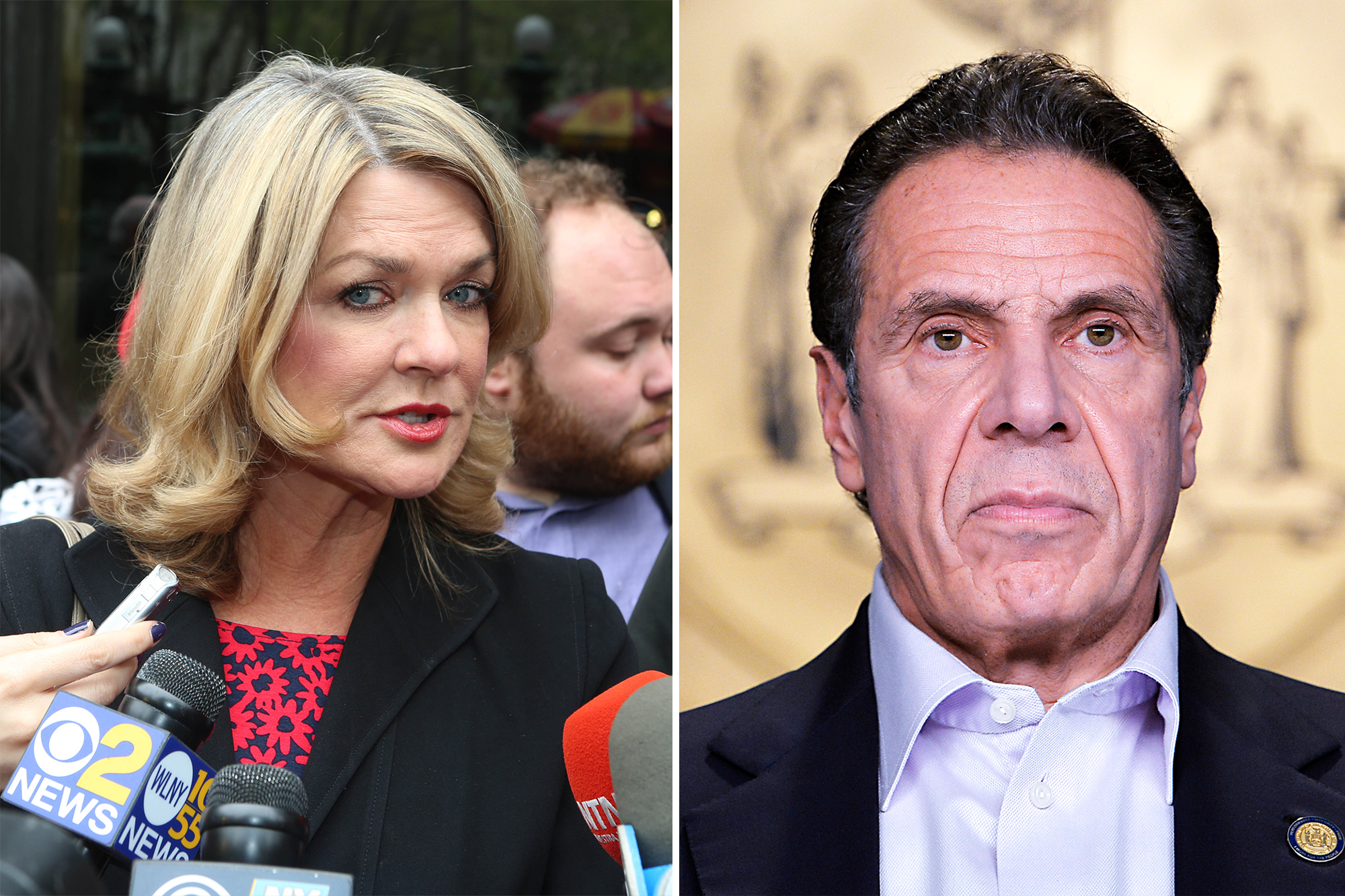 Karen Hinton, one of the now five women to publicly accuse Gov. Andrew Cuomo of sexual harassment, hit back at the governor on Sunday after he suggested that her allegations were politically motivated.

Hinton spoke out following a telephone briefing in which Cuomo characterized her as a “longtime political adversary” out to get him.

“Truth is the ‘longtime adversary’ that Cuomo fears the most,” said Hinton in a statement.

“Trump may be gone but Cuomo has stepped right into his shoes by blaming the abused for his own abusive behavior.”

In an interview with the Washington Post published on Saturday, Hinton alleged that during a 2000 trip to Los Angeles, Cuomo — then head of the federal Department of Housing and Urban Development — grasped her in an embrace that was “very long, too long, too tight, too intimate” inside a dimly lit hotel room.

Cuomo has offered an apology for his improper remarks “if [his accusers] were offended,” but denied allegations of inappropriate physical contact, as alleged by all of the women except Bennett.

But the governor on Sunday suggested that Hinton — who, after working for him, handled press inquiries for Mayor Bill de Blasio, a frequent rival of Cuomo — spoke out with less than pure intentions.

“Ms. Hinton, every woman has a right to come forward. That’s true,” said Cuomo. “But the truth also matters. What she said is not true.

“As everybody who has been involved on any level in New York politics knows, she has been a longtime political adversary of mine, highly critical for many, many years and has made many, many accusations.”

“Thank you to those of you who have reached out with messages of support,” she tweeted. “I shared my story because I believe it may help bolster those shared by other women. This is just how things are’ for women in Albany, in politics, in any high-pressure workplace. I think we deserve better.”

In an interview with the Wall Street Journal, Liss accused Cuomo of asking inappropriate questions about her personal life, kissing her hand on one occasion and wrapping his arm around her waist for a photograph at a 2014 reception.

The governor on Sunday characterized his nosy questions as “friendly banter,” and said that affectionate kisses and photos were “commonplace” during his time in politics.

Following the briefing — in which Cuomo vowed that there was “no way” he would step down — state Senate Majority Leader Andrea Stewart-Cousins (D-Yonkers) joined politicians calling on him to resign.

Dolce & Gabbana seeks over $600M in damages from two bloggers

Biden wouldn’t survive his own rules for sex misconduct accusations

Wendy Williams and Mike Esterman seem to be heating up