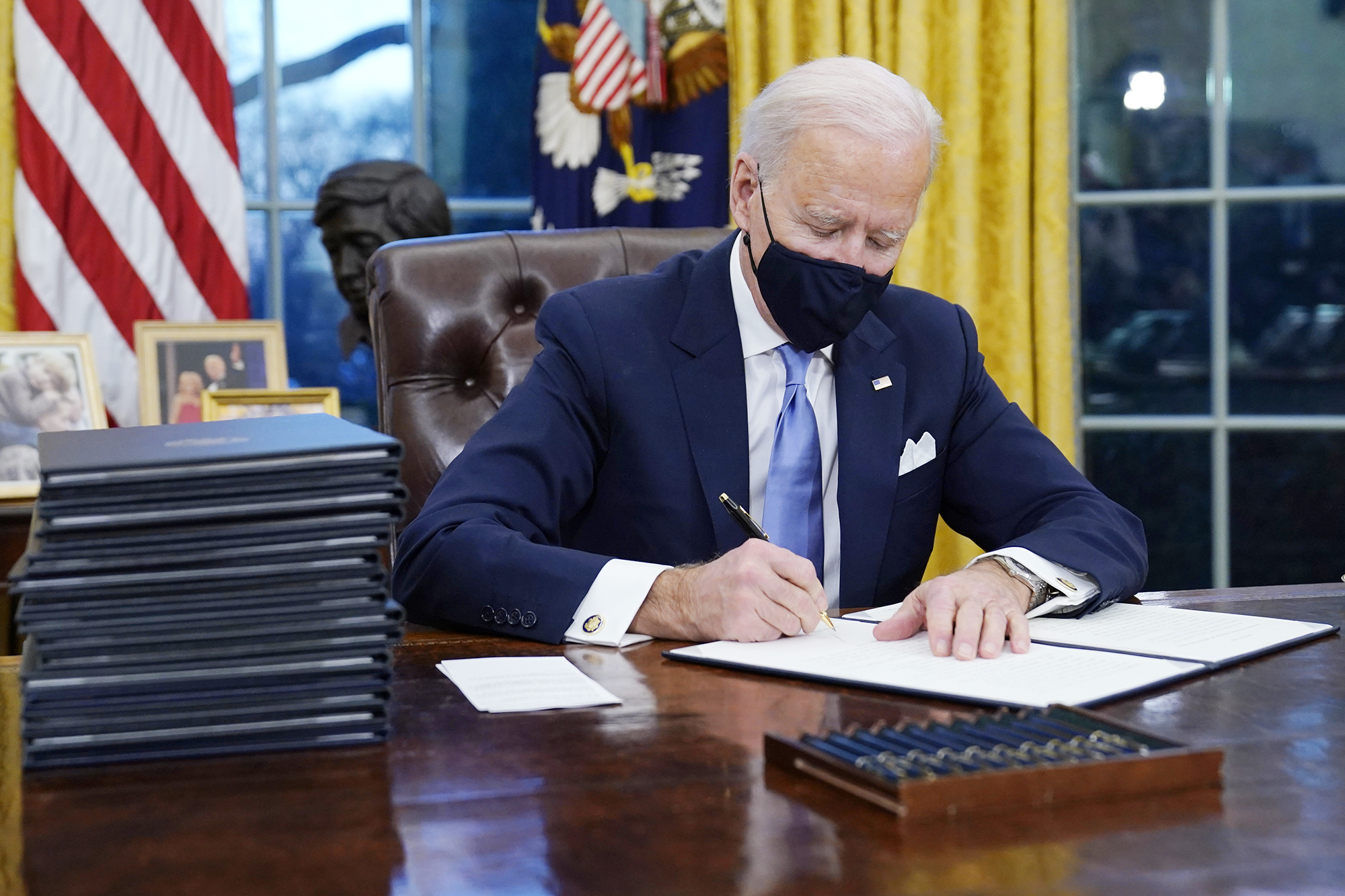 Those $1,400 checks are “the most indefensible part” of the Democrats’ COVID-19 relief bill, sighs The Washington Post’s Megan McArdle. The federal government no doubt has an “interest” in ensuring that businesses forced to close due to the pandemic and lockdowns (hotels, restaurants, bars, airlines) survive. “Yet the stimulus bill does little” for such industries, and it “actually spends more” on “the majority of people who still have jobs” than on the unemployed. Nor is there any need for checks to stimulate demand: “Giving money to someone who still has their job doesn’t make them more likely to go out to dinner if the reason they’ve stopped going out is that they’re afraid of the deadly virus.” That’s just “bad policy” — and may well “seed the next economic crisis.”

The Biden administration’s communication strategy on the “out-of-control surge at the border it is responsible for creating” is . . . denial, fumes Joe Concha at The Hill: taking care to call it a “challenge,” not a “crisis.” Yet that doesn’t explain “why the administration was forced to open the very migrant facilities” that candidate Joe Biden railed against under President Donald Trump — nor releasing thousands of migrants, “some literally carrying” COVID-19, into the general population, while “the number of minors arriving per day is quadruple the number from October.” Worse, the “weak sauce from the Biden administration on messaging” will likely make the problems skyrocket in the coming warmer months. “It’s a mess with no easy fix, particularly with a president and administration that turns to an alternative reality to deny its existence.”

From the right: Cuomo No Longer a Useful Idiot

“In his decade as New York’s governor,” Andrew Cuomo was known as “a bully, a braggart and the chief cog in the corrupt Albany machine. COVID-19 changed all that,” recalls Jon Gabriel at USA Today, as his “daily pressers won over a swooning media.” He didn’t suddenly ­become “lovable or competent” — he was “just a convenient tool to bludgeon” former President Donald Trump. But with Trump out of ­office, the “useful idiots aren’t useful anymore,” so Cuomo’s “months-old decision to force COVID-19-positive patients into nursing homes, then cover it up, finally” gets “front-page treatment. But “how many lives would have been saved if Cuomo’s deadly nursing-home decision was criticized when he first considered it?”

At City Journal, Bari Weiss conveys the dread of parents, teachers and kids at elite private schools that are obsessed with “anti-racism” and woke politics. Many moms and dads are troubled by the “ideology” but “worry about losing their jobs or hurting their children” if they speak out, since they see the schools as vital to admission at top colleges. So dissenting parents meet secretly (all the dozens Weiss spoke with insisted on anonymity). Kids, meanwhile, fear bad grades, college rejections and “social shaming” for speaking honestly. Some resort to a “version” of lying: “parroting views they don’t believe” — which “seems like a phenomenon from the Soviet Union.” Meanwhile, the “ideas and values instilled” in many of them “influence the rest of us.”

Despite the Centers for Disease Control and Prevention’s call for “vaccinated people to carry on as before in public places,” gripes Reason’s Jacob Sullum, there is “strong evidence that vaccination protects not only people who receive shots, but also unvaccinated people in their vicinity.” Many who have gotten jabbed are “apt to see things differently” from the CDC, since even it acknowledges that preliminary data shows vaccinated people “are less likely to transmit the virus even when they are infected.” Indeed, the vaccinated might feel “onus should be on members of high-risk groups to avoid situations that are conducive to virus transmission.” And as time goes on, “vaccinated Americans are apt to lose patience with people in high-risk groups who have the ­opportunity to get vaccinated but fail to do so.”

No correlation between NYC subway ridership and COVID-19 spikes: study