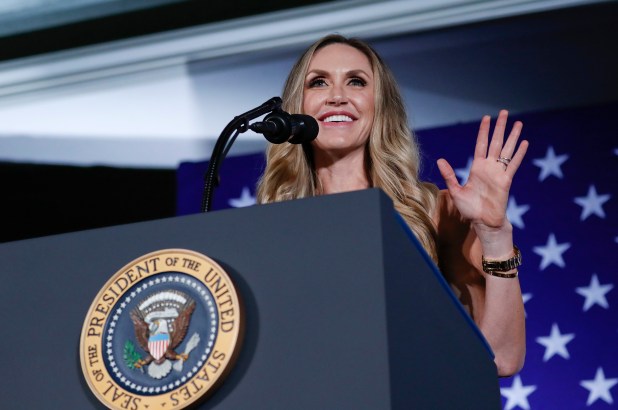 Donald Trump teased a potential run by his daughter-in-law Lara Trump for a North Carolina Senate seat in 2022.

The former president raised the prospect for Lara during some impromptu remarks at Mar-a-Lago while speaking at a fundraiser for Big Dog Ranch Rescue on Friday. Lara Trump has long been an animal-rights activist.

“I didn’t exactly prepare for this, but I was walking by, and I heard everybody screaming,” Trump said from the lecterns to furious applause. “I want to thank Lara who has been so incredible — and I dunno, are you running for the Senate? I hear she’s going to run for the Senate!”

Video of the moment was uploaded to Twitter by local Florida journalist T.A. Walker.

North Carolina Sen. Richard Burr will retire in 2022. Lara, 38, a Tar Heel native, has not officially declared herself a candidate for the seat, but has not been shy about fueling speculation.

“I could think of nothing greater than to represent the people of my home state, represent North Carolina,” she said during a podcast interview in December.

Burr was one of seven GOP senators to vote in favor of impeaching Trump on charges of inciting a Jan. 6 insurrection at the capitol which left at least five dead. A Lara Trump run would be an early test of the former president’s staying power with GOP and statewide voters.

“If Lara were to get in the race, I think she would command widespread and immediate attention across the state,” Michael Whatley, chairman of the North Carolina GOP told the Associated Press earlier this month.

South Carolina Sen. Lindsey Graham has also said Lara Trump would be a shoo-in for the nomination if she wanted it.

BTS made K-pop history at Grammys 2021

Vaccines up, closures down ahead of NYC middle school reopening