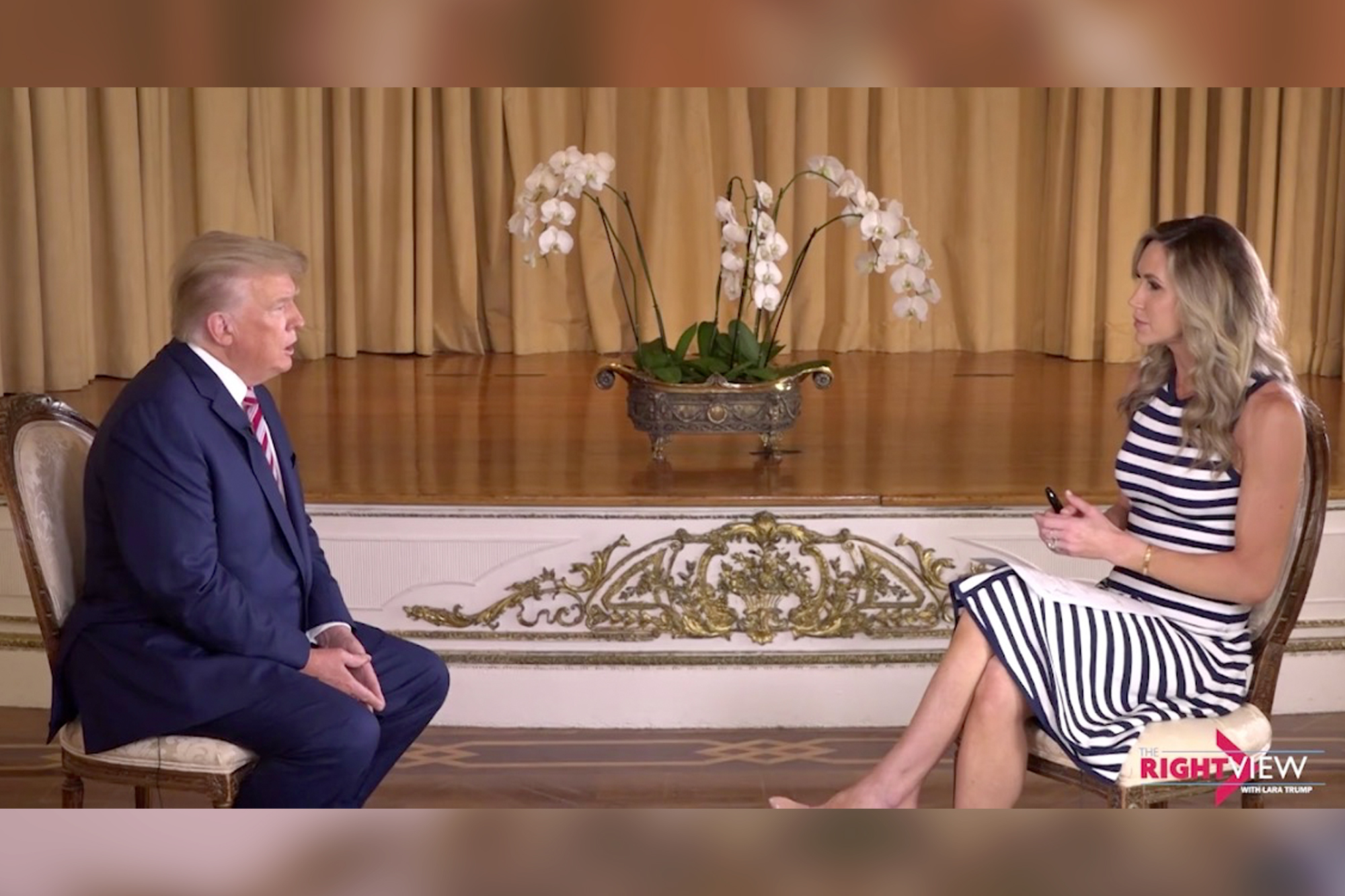 Global trust in Big Tech is falling drastically, and its unapologetic censorship of the “wrong” news surely has a lot to do with it. Such as Facebook’s nixing a post from Fox News contributor Lara Trump simply because it features an interview with former President Donald Trump.

That’s right: Apparently, the social-media giant wants to make the ex-prez a non-person.

Lara Trump spoke to her father-in-law for her podcast, “The Right View with Lara Trump,” Tuesday night, then posted the 18-minute clip on her personal Facebook page.

The tech giant removed the post, then sent an e-mail warning, “Further content posted in the voice of Donald Trump will be removed and result in additional limitations on the accounts.”

Instagram, Facebook, Twitter, YouTube and Snapchat all banned the 45th president after he was accused of inciting the Jan. 6 Capitol riots. Facebook CEO Mark Zuckerberg explained that “the risks of allowing the president to continue to use our service during this period are simply too great.”

Before Lara’s interview had even aired, a Facebook employee sent a preemptive email to the Trump team, reminding them that “new posts with President Trump speaking” are not allowed and that the ban applies to all campaign accounts and “former surrogates” of the president.

Trump’s Jan. 6 speech was reprehensible, but the bans by social media are hypocritical and unevenly enforced. AOC gets to rant about supposed “white supremacy,” and Silicon Valley just nods. Ayatollah Khamenei is still allowed to post anti-Semitic rants, and any number of left-wing agitators to harass and use hate speech. Keeping Trump offline — forever — is looking more and more like a vendetta rather than policy.

All this, of course, follows the Big Tech collusion in blocking The Post’s Hunter Biden exposé, which even Twitter CEO Jack Dorsey eventually admitted was a “total mistake.”

Such incidents help explain why data from the Edelman Trust Barometer’s survey of 31,000 people in 27 different countries show that trust in tech reached an all-time low in 17 nations last year.

Americans’ trust fell nine points (on a 0-100 scale), dropping tech from the “most trusted” industry a year ago to ninth by the October/November survey, with social media the least trusted of all business categories. Expect their reputation to continue to fall.

what it’s like to go viral on social media

what it's like to go viral on social media