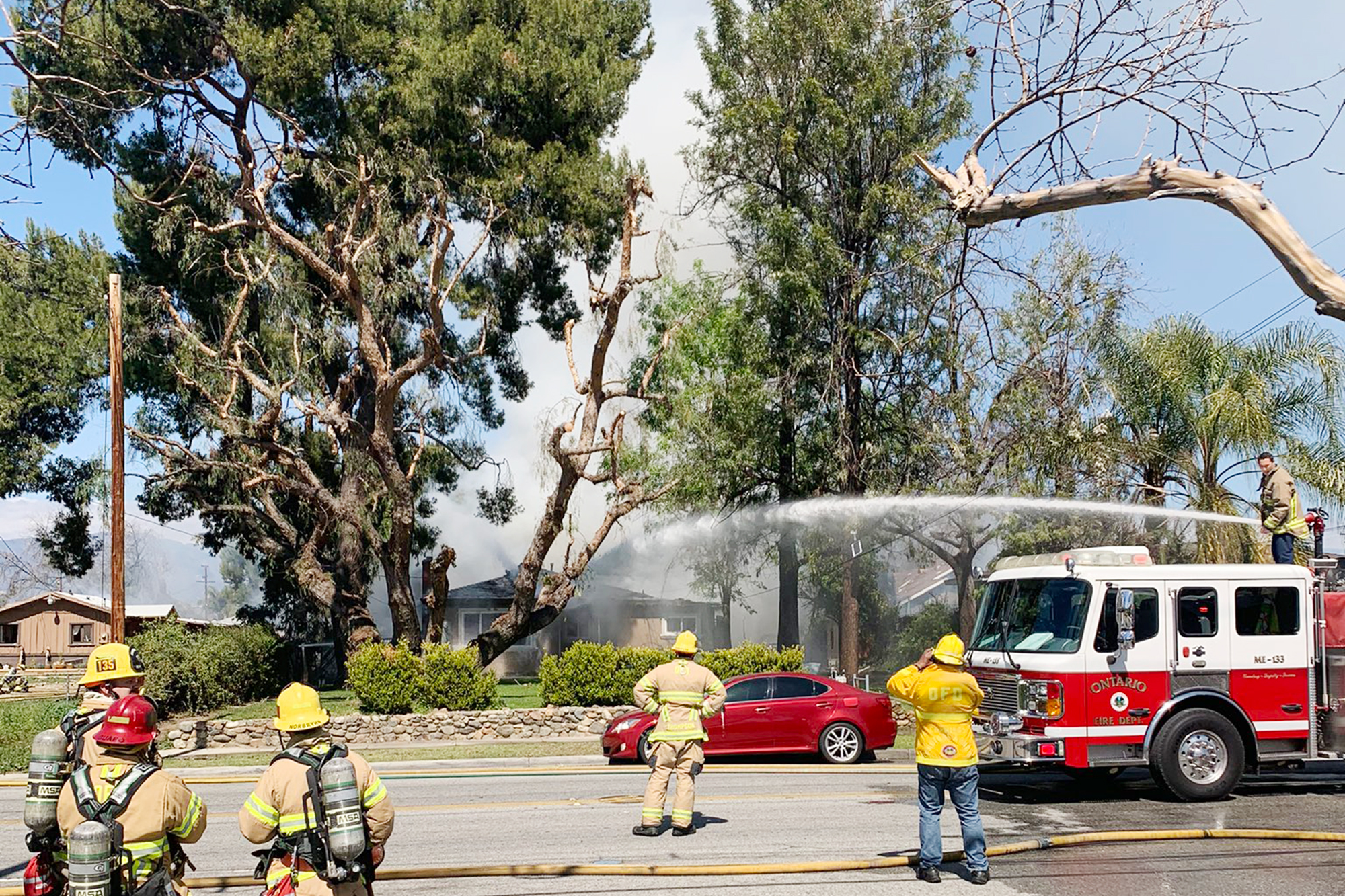 A stash of fireworks in a California town sparked a massive blast Tuesday that destroyed several buildings and set others on fire, according to reports and authorities.

Footage of the explosion showed an enormous plume of smoke rising high into the sky in a residential neighborhood of Ontario around 12:30 p.m., ABC News reported.

“I’m just walking. It was like a double boom,” a woman is heard saying on the video.

Police said it was not immediately clear if anyone was hurt in the explosion.

“We are aware of the loud explosion that was heard recently,” officials said on the city’s official Twitter page. “Please stay clear of the area.”

“@OntarioPD and @OntarioFireDept are currently on scene in the area of Fern Avenue and Francis said,” the post said. “A large amount of fireworks at a house ignited, causing a large structure fire. Explosions being heard are by fireworks at this time.”

Video posted online by KESQ-TV shows the aftermath of the explosion, and shows firefighters rescuing a horse from a nearby yard.

CBS Los Angeles also reported that authorities issued an evacuation order for the area and established a temporary care and reception center at a local community center.

Mourners gather at NYC funeral for boy bludgeoned to death

Mourners gather at NYC funeral for boy bludgeoned to death

Here’s when millions of Americans will get stimulus checks