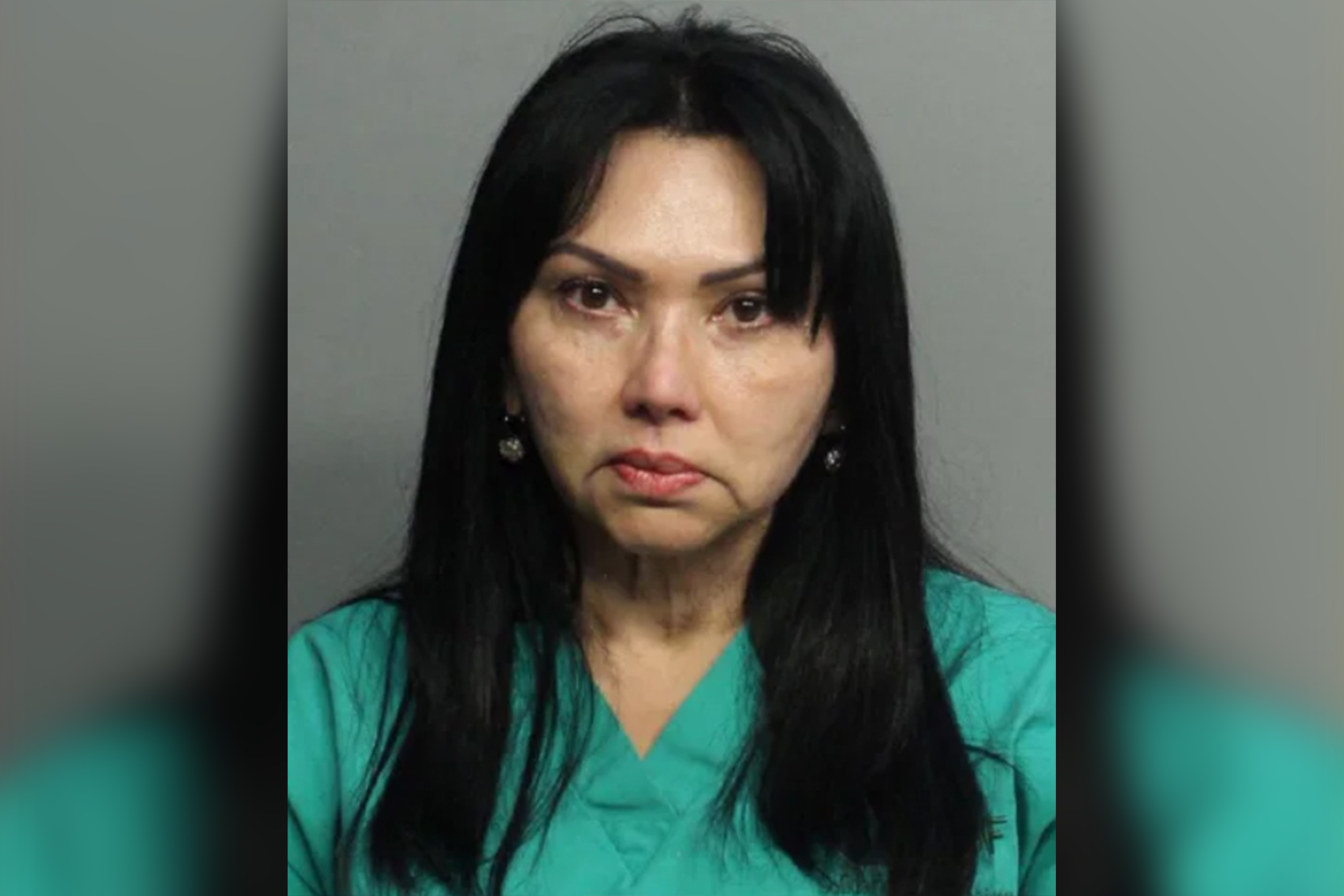 A Florida woman was arrested for allegedly posing as a licensed plastic surgeon after she botched a man’s nose job, a report said Sunday.

Alcalira Jimenez De Rodriguez, 56, was in the middle of performing another procedure on Thursday when Doral Police officers nabbed her mid-surgery, The Miami Herald reported.

Investigators began probing Jimenez De Rodriguez last month after a former patient contacted them about his messed up rhinoplasty.

The man, identified by local outlets as Vincenzo Zurlo, said he paid $2,800 for the surgery, which had to be repeated because his nose wasn’t healing properly, according to a police report.

Even after the second procedure, the man said his nose was still deformed. He asked Jimenez De Rodriguez for her medical license number and her medical malpractice insurance information — but she refused to give it, the report said.

Investigators said they were able to confirm with the Florida Health Department that Jimenez De Rodriguez wasn’t licensed to practice medicine in the state.

“She cannot do my nose right, she prescribed me the medication from another doctor, she cannot find a solution to my pain so something is wrong, something has to be wrong,” he told the station.

“She was the one that with that surgery that day, she ruined my life.”

Jimenez De Rodriguez was charged with practicing medicine without a license. She was being held at the Miami-Dade County Jail on a $5,000 bond.

Beyoncé makes history at 2021 Grammys with most wins ever

Walrus spotted for the first time ever in Ireland

Walrus spotted for the first time ever in Ireland