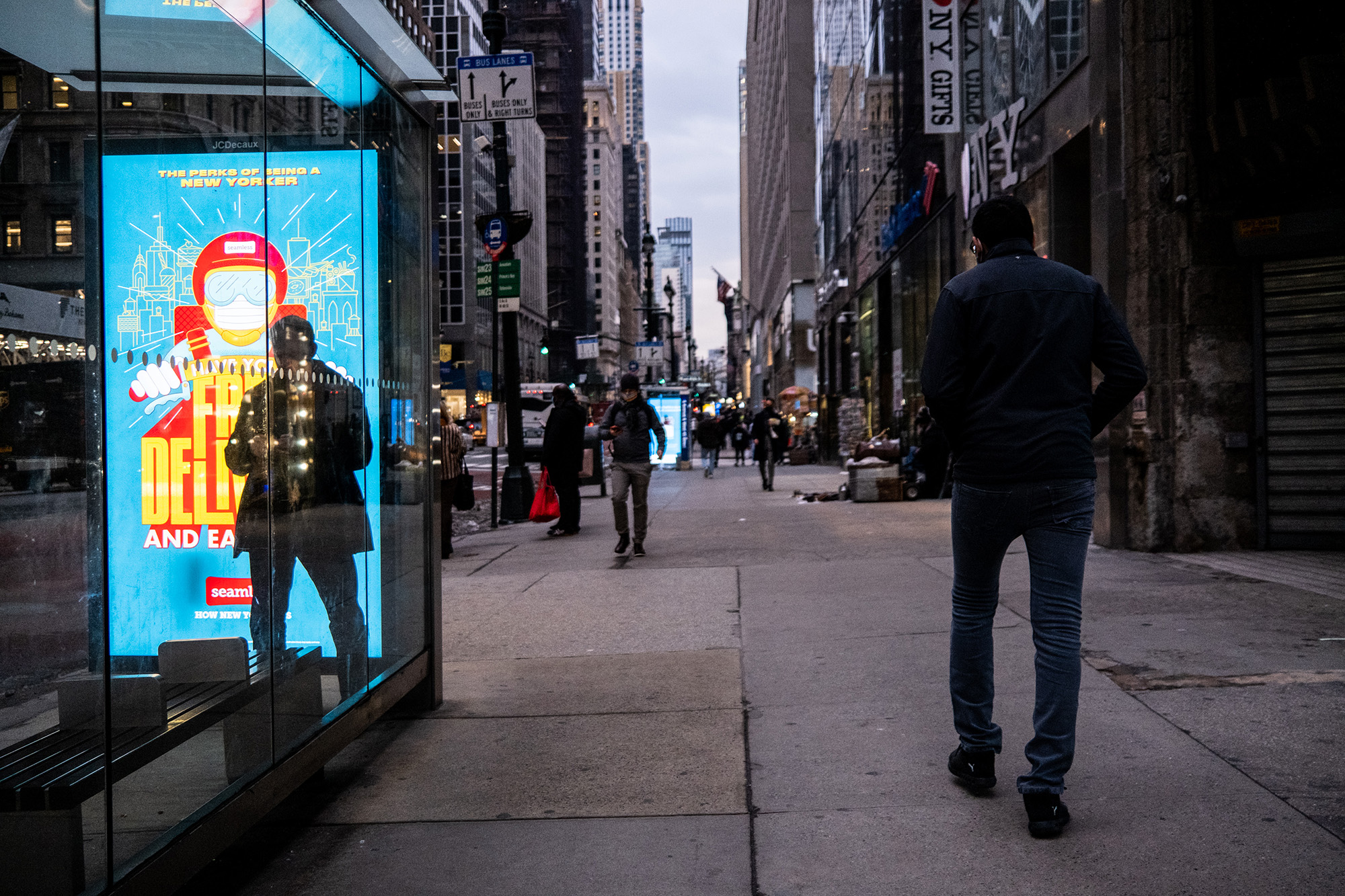 A year ago, virtually all of the nearly 4 million people who swamp Manhattan below 60th Street each day deserted the central city — except me. I am one of a handful of people — less than 30,000, in a space that would fit six times that in a similarly dense residential neighborhood — for whom Midtown isn’t just work or entertainment, but home.

I have lived in West Midtown for nearly 20 years. It did not occur to me to leave town. Where would I go? It’s nice that so many people have second homes in Florida or feel it is normal for adults to move in with their parents.

My neighbors moved out by the double-parked truckload, leaving their sad furniture discards in the recycling room. But with vacations off limits, too, I haven’t spent a night away in 15 months.

Plus, I have been through disasters before. Blackouts, hurricanes, blizzards, terror attacks, crumbling buildings, a police shooting (of an armed white man). Once, our street literally caught on fire.

When did I realize this time was different? There is empty, and there is empty. I’ve had the run of a near-empty Midtown before, when a snowstorm, for example, kept people from commuting. But even then, global tourists walking around Times Square have been company.

By the second week of last March, empty was different. Our newspaper vendor, an always-in-a-good-mood older man reliably out selling his wares by the subway, was gone. Rain, shine, heat wave, snow, he had never missed a weekday — and he hasn’t returned for a year now. Empty meant the scammy “charity” solicitors with their cardboard boxes for “donations” were gone.

Last March and April meant ambulance noise, blocks away, on the West Side Highway. By summer, the ambulances were replaced by drag racers.

It also meant empty stores. Last March, for something to do, I took a picture of every single “Closed” sign in every single window around Rockefeller Center and Madison Avenue. They ranged from hand-lettered “We’ll be back in a couple of weeks” to laser-printed missives affixed with chain-store logos. Many have been replaced with “For lease” signs.

Otherwise, things were — and are — quiet. Office towers are empty, save for the security guards who say “Hi” when I go on my daily walk. Broadway is dark.

It’s a Jane Jacobs book come to life: With little “good” foot traffic to police “bad” foot traffic, the perception of safety erodes. Transient vagrants aggressively panhandle. When you’re the only one on the street, the line between aggressive panhandling and being mugged feels rather thin. I haven’t been out after dark in months. It’s not that I’m that scared, though; I just have nowhere to go after dark.

The bad? The looting, when all of Midtown was boarded up for weeks, smelling of wood, and our building got an armed guard after dark. Our drugstore being violently robbed. Police barriers everywhere. Critical public spaces, such as Columbus Circle, still closed to pedestrians. The historic Roosevelt Hotel boarded up, closed forever.

The weird? Being the only soul in Grand Central besides a pigeon. Walking by Godiva’s hopeful Easter bunnies long after spring had turned to summer and fall (now, Godiva’s multiple Midtown stores are also gone forever, but I rescued a plush bunny as a souvenir of this strange time).

Sitting in the backyard during summer at dusk, helicopters whirring overhead. A Christmas tree all to myself. St. Patrick’s decorations festooning pub windows — from last year.

The good? Bryant Park did its annual skating rink, one of Midtown’s only signs of normalcy (Rockefeller Center did a severely shortened season). No line at the Whole Foods. Making friends with the local dogs on their daily walks. Little kids running around in Times Square. Young women dressed to the nines for Instagram pictures on empty streets. Finally having a tourist ask me to take her picture after months of drought.

It’s still one step forward, two back. A few more people at one outdoor-dining restaurant on one block — but more restaurants that never reopened, even after indoor dining resumed.

Of course, if you ignore the death, the looting, the job losses, the loss in real-estate valuations and the highly uncertain prospects for central-city recovery, it hasn’t been that bad. There’s no place like home.

Nicole Gelinas is a contributing editor to the Manhattan Institute’s City Journal.

Trump thinks Meghan Markle is ‘no good’ after Oprah interview