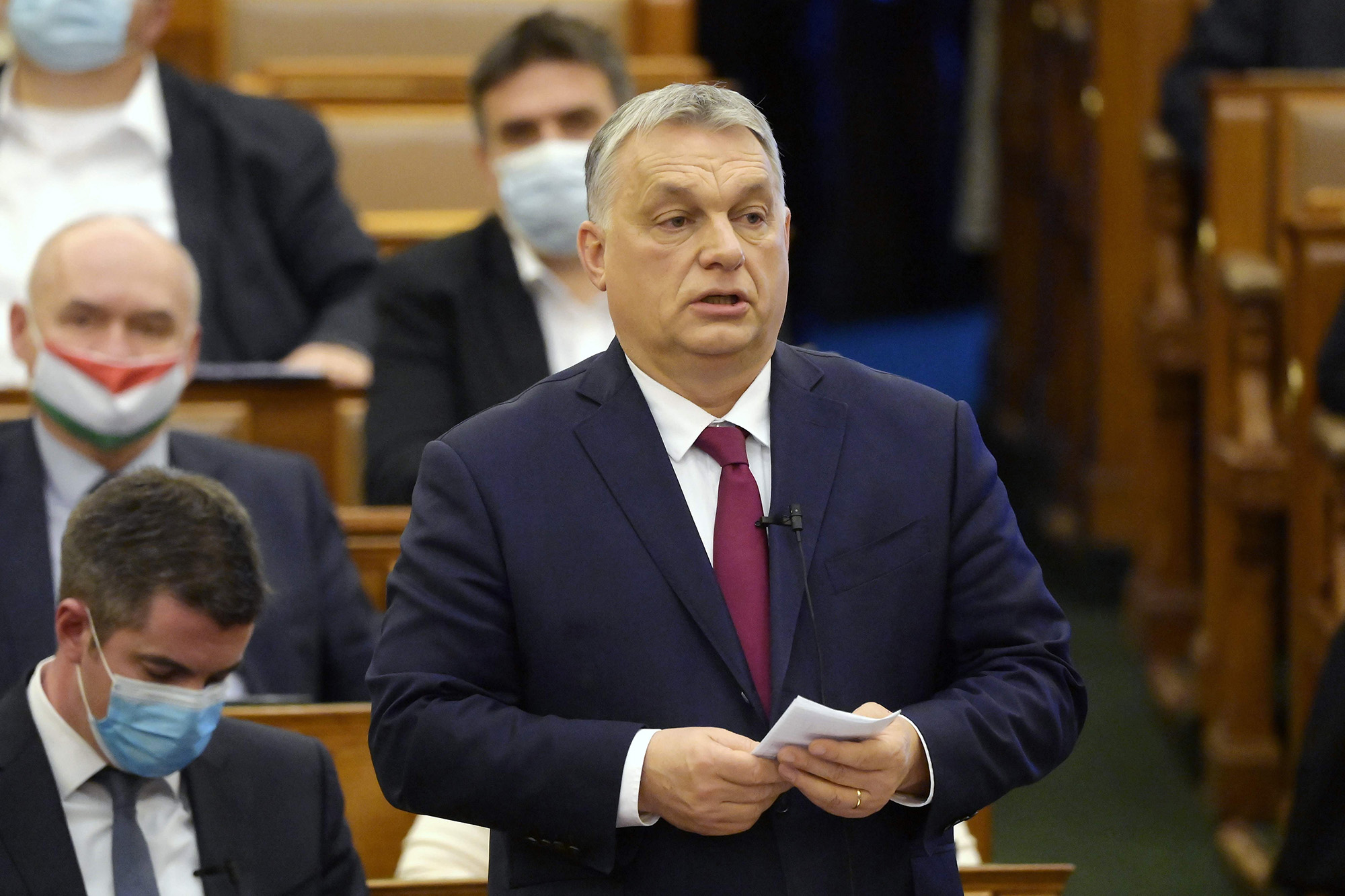 Two years ago, the European Parliament’s largest center-right bloc, the European People’s Party, suspended the membership of Hungary’s ruling party, Fidesz. Last week, the tug of war ended when Hungarian Prime Minister Viktor Orbán announced that his party would be leaving the EPP for good. The Washington foreign-policy establishment naturally cheered the outcome: Its members equate any expression of populism or national-conservatism with “extremism.”

And in truth, Fidesz’s departure from the EPP had something to do with extremism: the extremism of a Eurocratic elite that long ago abandoned its own Christian-democratic ideals in favor of a hard-line globalist ideology that brooks no dissent — and has no room for the concerns of ordinary voters in Central and Eastern Europe: faith, family and national dignity.

For the peoples of the post-Soviet bloc, such as Hungarians and Poles, rejoining the European political family after more than four decades of Communist occupation was an outstanding opportunity. We looked for allies who shared the core values that we believe underpin the prosperity and decency of Western civilization.

Then we had a rude awakening. It turned out the so-called mainstream parties of the center right and center left paid little more than lip service — if that — to sovereignty and self-determination, the diversity of nations, the traditional family and Europe’s Judeo-Christian foundations. So long as we toed the globalist and liberal line from Brussels and Washington, we were accepted. But as soon as we democratically chose a different path, we were called “undemocratic.”

Orbán — the single most democratically popular leader in Europe — has been called worse. Yet all his decisions that have drawn the ire of the Euro-“mainstream,” including the EPP leadership, were pragmatic solutions to real problems — solutions, moreover, that were more faithful to the legacy of the EU’s founding fathers than anything offered by the Eurocrats.

Consider illegal migration, an ongoing flashpoint since at least 2015. Orbán, almost alone among center-right leaders, called for action to do to what our treaties bind us to do: protect our territorial sovereignty. Europe has asylum laws, which the liberal nations of Northern and Western Europe circumvented to bring in more than a million unvetted newcomers from the Middle East and Africa. Chaos, terror and mass social incohesion ensued.

Most average Europeans now take it for granted that it was folly to fling open the Continent’s gates, and Western politicians with a modicum of courage and common sense are prepared to admit it publicly. Yet the Eurocrats and their mainstream-media mouthpieces labeled Hungarians fascists and xenophobes for simply insisting on the borders and sovereignty principles enshrined by EU law.

Or take family policy. The Hungarian government offers generous subsidies to promote marriage, family formation and childbearing — to forestall demographic collapse and to ensure that there are future workers and taxpayers to support aging populations. In 10 years, the number of marriages has been doubled, and demographic decline has started to reverse (compare that with France, whose birth rate is at its the lowest point since 1945).

Thanks to a recent amendment, the constitution also defines marriage, like most civilizations across most of human history have, as the union of man and woman, ordered to the nurturing of children. Governments in Germany and France may disagree with this. But isn’t it the Hungarian people’s right to make that determination, as an overwhelmingly majority of their duly elected representatives did in voting to amend the constitution?

These positions, too, have opened up Hungary to charges of “fascism” from Europe’s liberal salons, where “family policy” amounts to whatever the most extreme nongovernmental organizations and gender ideologues dictate. But I wonder, which policies would be more familiar and genial to Europe’s devoutly Catholic founding fathers (men like Robert Schumann, Konrad Adenauer and Robert Schuman): Budapest’s or the Brussels mandarins’?

So will Fidesz’s departure from the EPP isolate the Hungarians, as the liberals dream? Not likely.

The future is uncertain, but Fidesz is now free to form a regional dream team with the Polish governing party, Law and Justice, and perhaps Italy’s populist movement. The resulting bloc could easily end up as a bastion of ideological sanity on the eastern and southern ends of the union.

One thing is for sure, though: Orbán wouldn’t attract the oft-silent admiration of millions across Europe, and the burning enmity of the Brussels elite, if he weren’t addressing real problems that the “mainstream” parties either ignore or exacerbate. He has realized the power of telling the true story of his small country and of Europe, a story in which people can recognize themselves. The same can’t be said for his enemies in the councils of the EU.

Péter Heltai is an editor and podcast host at the Budapest-based Mathias Corvinus Collegium.

Michael Bolton invites Robinhood users to break up with their app

NYC opens up COVID vaccine program to all homebound residents