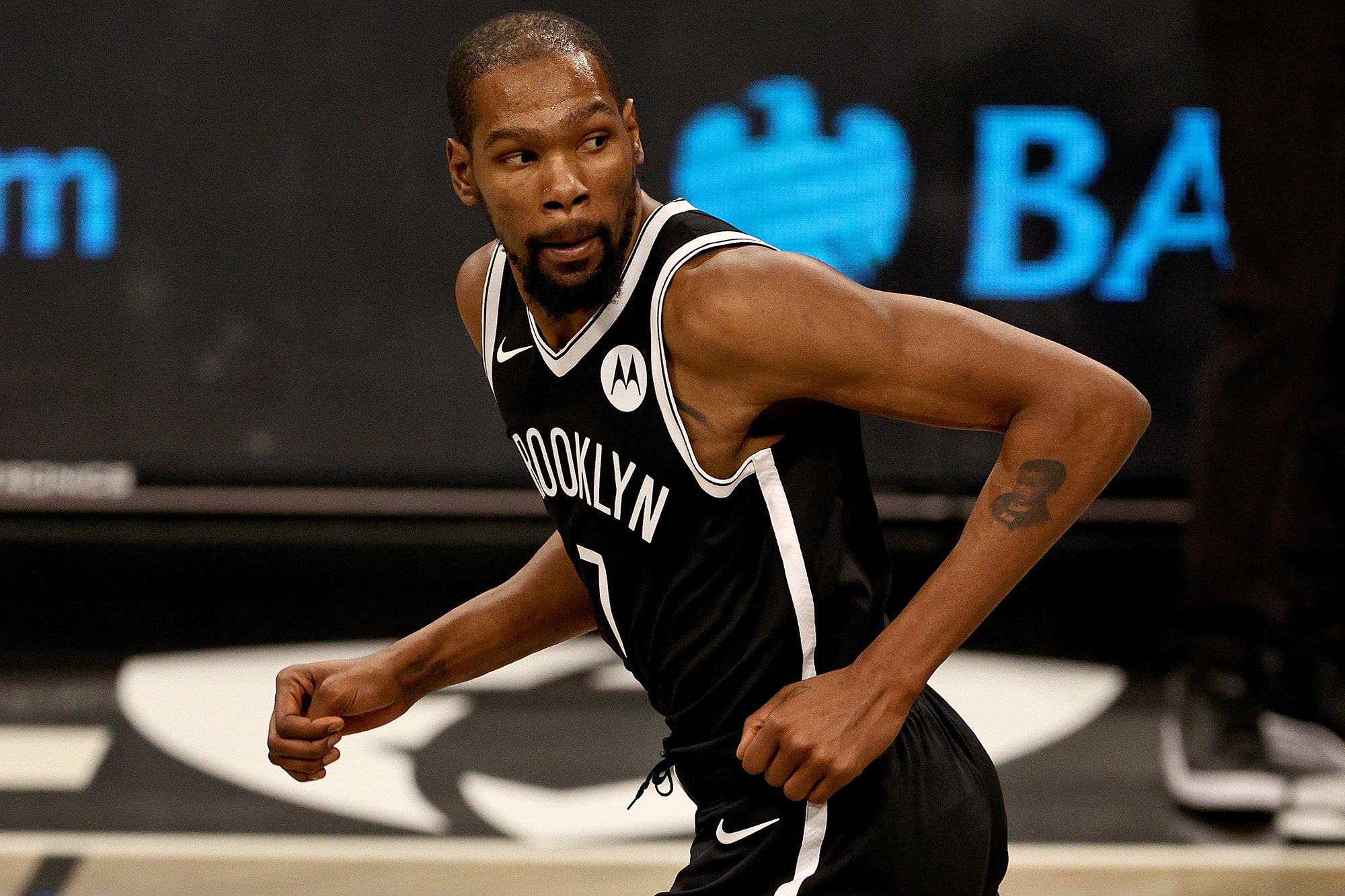 The Nets impressively will look to complete a perfect 5-0 western swing on Sunday against the Clippers in Los Angeles, and they will do so without Kevin Durant for a fourth straight game.

“I don’t have a timeline, but he’s out for [Sunday},” Nash said before practice Saturday. “So still just trying to regain that strength and his rehabilitation.

“Like I keep saying, I don’t think this is a long-term thing but there are elements of maybe it taking a few more days than we thought or just being cautious. I think right now both are necessary. I don’t think he’s ready, I think he needs more time but we’re also definitely going to be cautious.”

Durant leads the Nets in scoring with 29.0 points per game over 19 appearances in his first action since suffering a ruptured Achilles tendon with the Warriors in 2019. He injured his hamstring in the road-trip opener Feb. 13 in his return to Golden State.

Nash said he expected the 32-year-old Durant to participate in some drills in Saturday’s workout in LA.

“I think he’ll probably do something on the floor today, but very light and just as a part of continuing to progress,” Nash said. “He’s still doing his strengthening, still trying, I’m sure, to limit the inflammation while he’s doing his strengthening and then maybe a little bit of core work and movement today to see where he’s at.”

‘I’m going to go down swinging’

'I'm going to go down swinging'

Sen. Murphy thinks he can get 60 votes on gun control measure

Billie Eilish performs at the 2021 Grammys