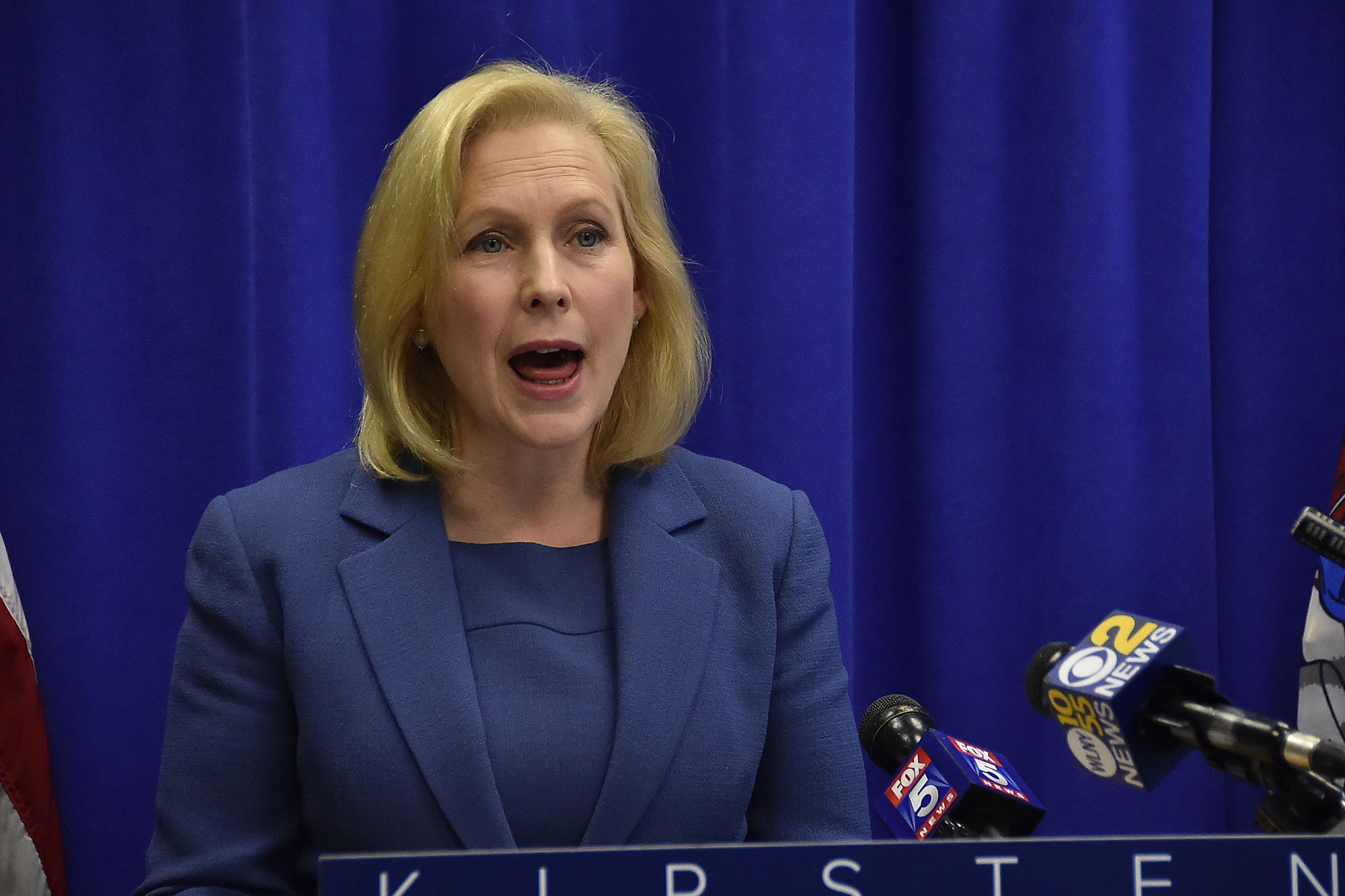 Sen. Kirsten Gillibrand actually told a Yahoo Finance reporter that talk of Gov. Cuomo’s resignation amid accusations of inappropriate conduct from six women “isn’t the conversation we should be having.” Even asking female elected officials their opinion of the controversy unfairly puts “the spotlight on the women of the state.”

Cuomo faces calls to quit from multiple high-profile Dems, including state Senate Majority Leader Andrea Stewart-Cousins and city Comptroller Scott Stringer. Yet Gillibrand tries to make turning a blind eye into some feminist statement, i.e.: “The women in our state are not meant to be judges, jurors and executioners.”

That’s quite the change of tune. “I believe it would be better for our country if he sent a clear message that any kind of mistreatment of women in our society isn’t acceptable by stepping aside to let someone else serve,” she said in 2017 as she began the drive to get Sen. Al Franken to resign.

She demanded President Donald Trump step down that same year, citing “numerous” and “credible” accusers. And she declared that President Bill Clinton should have resigned when his affair with intern Monica Lewinsky came to light. In 2018, she sought to derail Brett Kavanaugh’s Supreme Court nomination because “one credible sexual assault claim should have been too many. . . . Two is an embarrassment.”

In short, she was happy to cast stones when it was Republicans or, as in Franken’s case, when she saw a chance to elevate her status.

And she certainly didn’t worry about due process: In Kavanaugh’s case, notably, there was only one disputed and utterly unsupported claim concerning events decades before, in high school.

Yet now suddenly Gillibrand wants no rush to judgment. That’s how it should always be, but it’s remarkable that she’s finally discovered that principle when the subject is a governor allied to her family of political fixers. (In this, she’s no different from some of Cuomo’s most vociferous defenders, such as top aide Melissa DeRosa and chief of staff Jill DesRosiers, with their own close ties to lobbyists.)

Bottom line: All Gillibrand’s crusading stands exposed as a sham.

Tensions grow among lawmakers of color over Gov. Cuomo’s fate