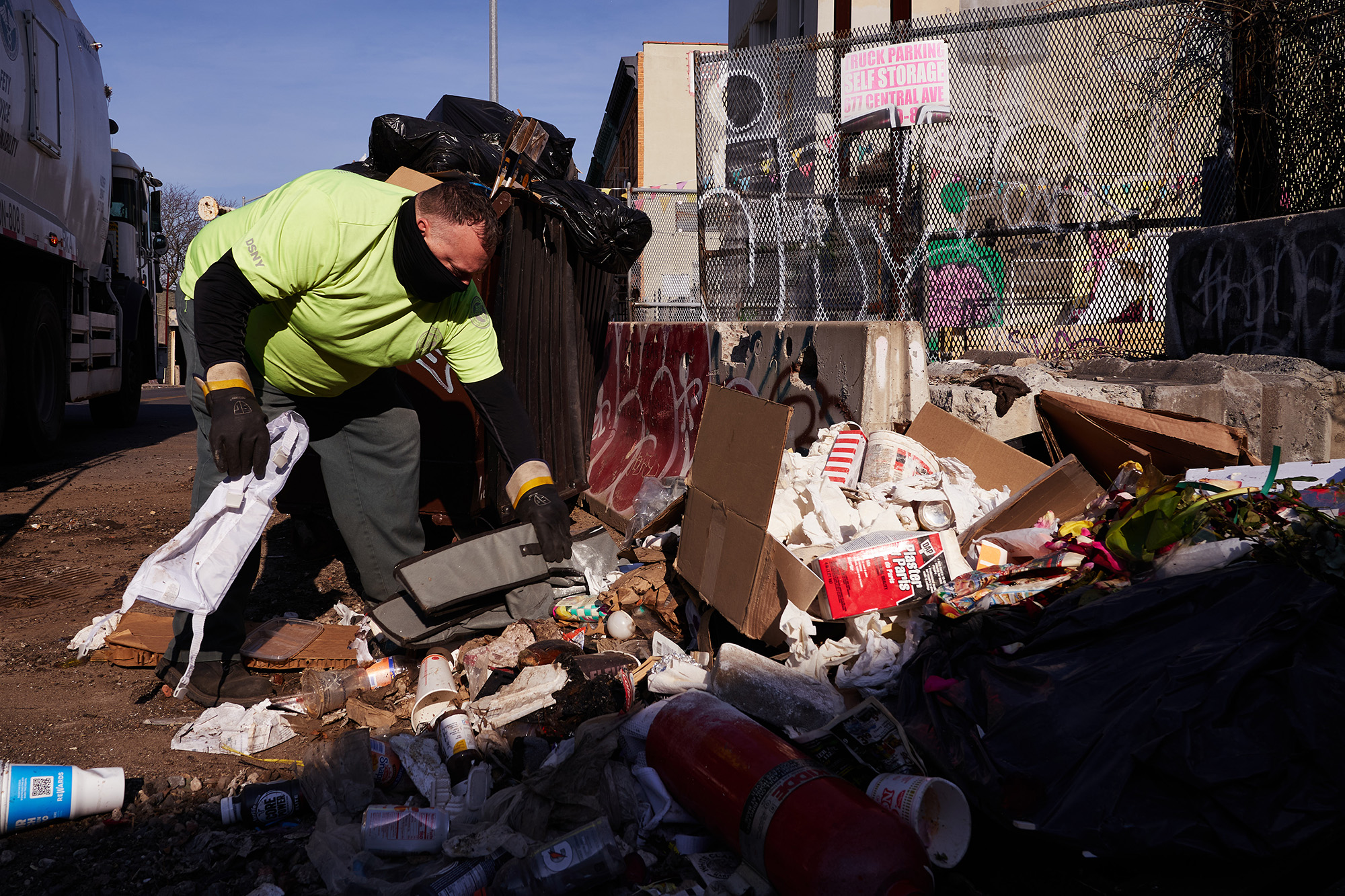 Blas’ trash failure
The basic job of government is to keep the public safe, clean and livable for the people who pay taxes (“Pig Apple,” March 11).

Can you imagine hiring these two for anything? Yet de Blasio was voted in twice. The inmates are running the asylum.

Shame of the FDNY
While losing your legs in a car crash is horrific, Joseph Norris deserves no sympathy for his criminal decision to get behind the wheel of a 3,303-pound cruise missile with which he rammed a smaller SUV, killing its driver, Anthony Mariano (“Bravest slay rap,” March 11).

If the FDNY continues its indefensible support for this killer, that will tell you all you need to know. “Bravest”? How much bravery was in evidence when Norris killed Anthony Mariano? This guy is a low-life drag on a once-proud institution.

To this day, we continue to love and watch them when we can. We were all working-class kids whose parents taught us to work hard, get educated and to respect one another.

It was these sensibilities that informed us, not the cartoons or the slapstick comedy we watched. We were smart enough, even as kids, to distinguish the satire and the stereotypes from real life and to determine which behaviors were appropriate and which were not.

I’m wondering what’s so different with kids today that progressives and the cancel culturists think these children can’t figure it out for themselves, like we did, or why they can’t leave teaching these life lessons to parents.

Energy sense
It may no longer be prudent to have every structure’s entire electricity supply relying on external power lines that are susceptible to being crippled by unforeseen events, including storms of unprecedented magnitude (“Goldman Sachs reportedly set to make $200M off Texas winter storm,” March 9).

I could really appreciate the liberating effect of having my own independently accessed solar-cell power supply (clear skies permitting, of course), especially considering our dangerous reliance on electricity.

Each building having its own solar-cell-panel power storage system — at least as an emergency/backup source of power — makes sense (except, of course, to the various big energy corporation CEOs whose concern is but dollars and cents). Many Texans may now be realizing this.

I trust judges more than him to examine the evidence and decide that remand until trial is appropriate — and that evidence has been re-examined more than once and her bail has repeatedly been denied.

It would also be appropriate for Prince Andrew to offer his evidence, in light of his long association with both Jeffrey Epstein and Ghislaine Maxwell.

Want to weigh in on today’s stories? Send your thoughts (along with your full name and city of residence) to letters@nypost.com. Letters are subject to editing for clarity, length, accuracy and style.