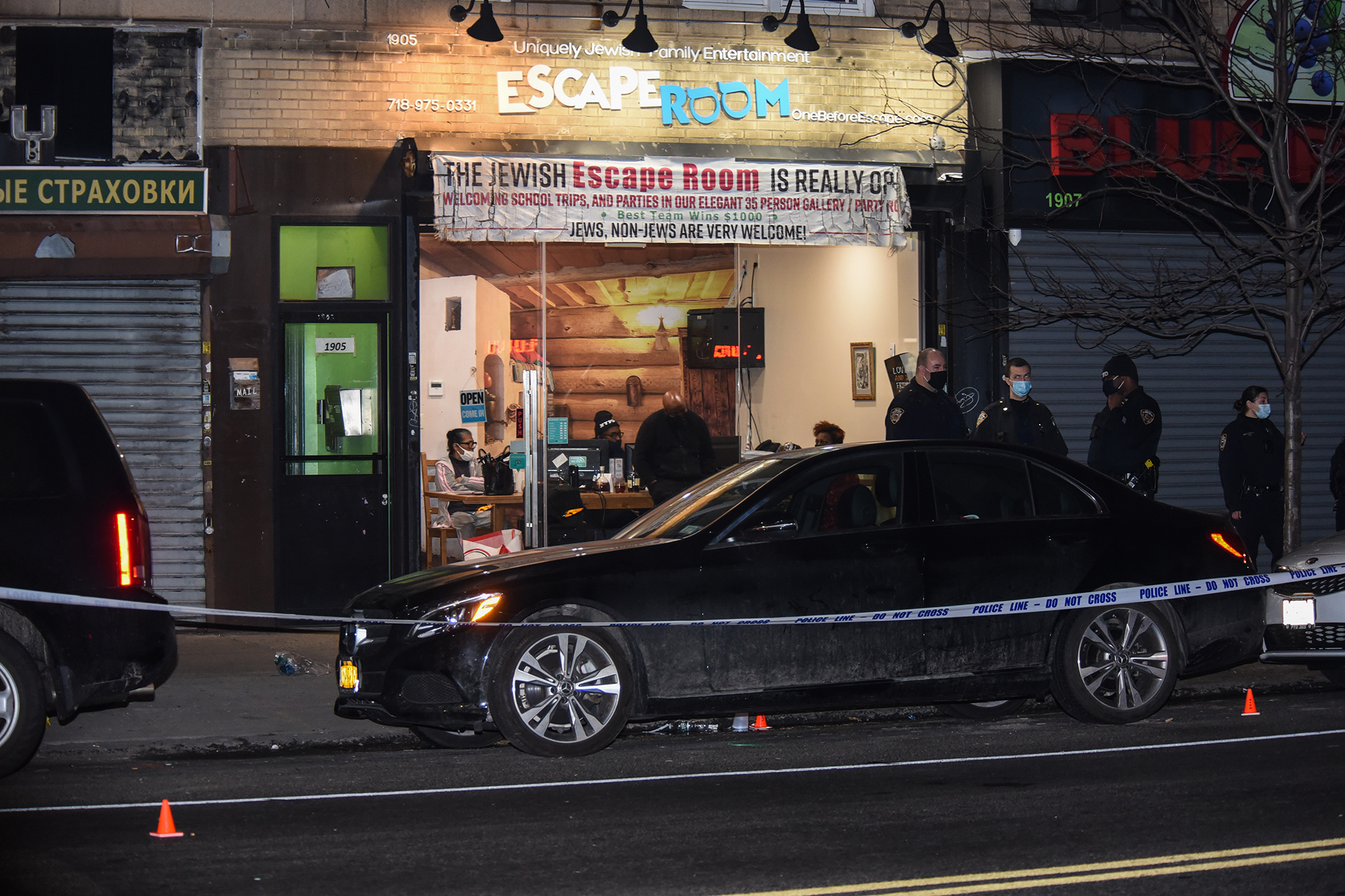 A 24-year-old man was shot dead outside an escape room in Brooklyn early Thursday, police said.

The victim was blasted in the chest outside the Peddlers and Parchments Escape Room, billed as a “Jewish escape room,” on Avenue M near East 19th Street in Midwood around 12:20 a.m., cops said.

He was rushed to New York Community Hospital, where he was pronounced dead.

No arrests have been made, and the victim’s identity has not yet been released pending family notification.

The shooting appeared to be gang-related, according to cops, who didn’t provide any additional details.

Kamala-mania seizes the press and other commentary