Man stabbed in the shoulder on NYC subway platform 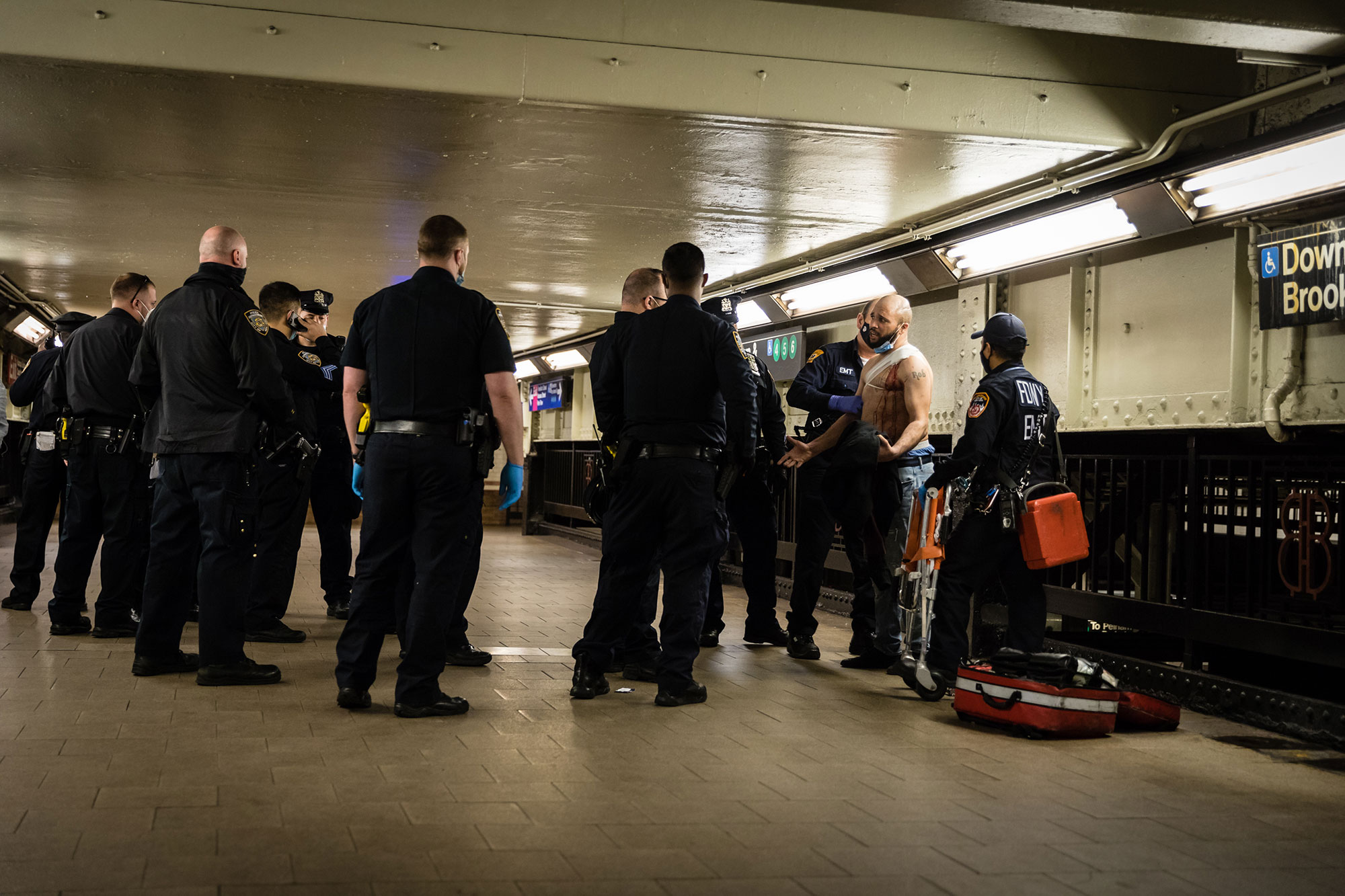 A man was stabbed during an argument with a stranger at a Lower Manhattan subway station Friday evening, police said.

The attack happened at the Fulton Street Station on the downtown 4/5 platform around 8:20 p.m.

The victim intervened when a woman and two children were approached by the suspect and told the man to leave them alone, sources told The Post.

After an argument, the suspect stabbed the 37-year-old man in the shoulder, the sources said.

The suspect — a young man wearing a black hooded sweatshirt — fled the station at Broadway and Fulton Street and was still being sought early Saturday, the sources said.

The victim is being treated at Bellevue Hospital and is expected to survive.

Multiple people hurt during a shooting at Virginia Beach

Walmart to raise workers’ average pay to $15 an hour