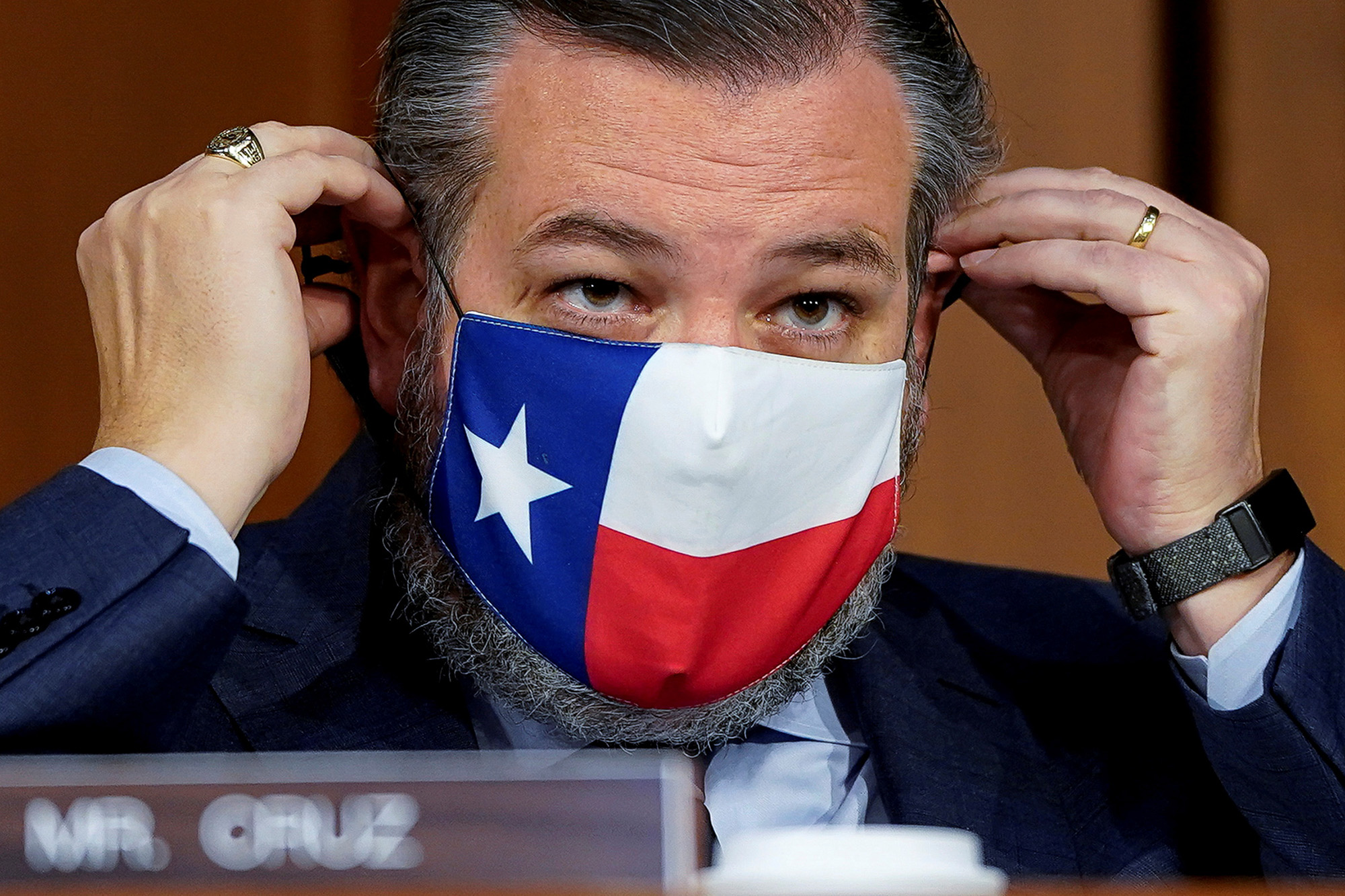 We’re all familiar with Mask Nags, people who occupy themselves by scrolling through social media and leaving comments wherever they see a photo of someone who isn’t muzzled. “Nice picture, but where’s the mask?” Or who, upon hearing about a small gathering, gasps, “We’re in the middle of a pandemic!”

Will the Mask Nags’ meddlesome reign ever be over?

Last week, Ted Cruz stood inside the Capitol building and prepared to deliver remarks to assembled reporters, one of whom, off-camera, asked, “Do you mind putting a mask on for us?” The Texas Republican responded that he would put one on when he was done with his comments, and the same reporter answered, “It would make us feel better.” Cruz, to his credit, told the hypercautious scold, “You’re welcome to step away, if you’d like.”

Predictably, the blue-check Twitterati framed Cruz’s response as reckless and callous. But the exchange demonstrated the extent to which mask theater has authorized the most officious and passive-aggressive members of society to assert unquestioned control.

It is hard to take the reporter in this instance seriously, because, as everyone should understand by this point, masks are at best an ineffective means of controlling transmission of the novel coronavirus.

Neighboring jurisdictions with completely different mask mandates, such as the two Dakotas, have had identical rates of infection. Countries like Poland that initially were praised for the success of their universal masking rules later suffered the same intensity of contagion as the rest of Europe.

Moreover, nobody wears masks in accordance with protocol. People take them on and off with dirty hands, stick them in pockets with loose change or toss them on tables. Even when handled perfectly, their use is dubious: A British study found that masks worn by surgeons during operations didn’t reduce bacterial wound infections in the people being operated on.

But gripped by panic over a contagious disease that mostly affects elderly and infirm, much of the public has embraced universal masking as a sign of commitment to doing . . . something. There is a superstitious element to masks — a form of propitiation to the epidemiology gods to save us from contagion.

But at its worst, Mask Nagging gives busybodies license to intrude on other people’s business for clout or purity points.

The cult of Absolute Safety now covers many sins — from the greed and sloth of vaccinated public-school teachers who want to work remotely while their students sit in class, to the false compassion of officials who demand that businesses fail so they can impose total government control of the economy. Even for those without any political power, the mask regime is a source of self-righteous pride.

The reporter who interrupted Cruz to ask him to put on a mask said it would make him “feel better,” and this whiny petition betrays the falsity of his distress. If he had been genuinely afraid of catching a deadly disease from an immunized person standing at least 10 feet away, he would have fled the building. But it’s obvious that he just enjoyed telling a senator what to do. We haven’t seen such meddlesome scrupulousness since the days when women would be arrested for wearing bathing suits too many inches above the knee.

It’s getting harder to take seriously a pandemic that requires constant publicizing of its dangers. Public-health authorities who insist that nothing — neither overwhelmingly successful vaccines nor better treatments — will soon return us to the pre-mask normal ultimately make fools of themselves.

Yes, the virus will be a feature of modern life. But it’s unrealistic to imagine we can achieve a state of total risklessness — especially when the quest to do so blinds us to so many other risks: such as unschooled children, shattered economies and lockdown-damaged minds.

In telling the Mask Nag that he was “welcome to step away” if he was so afraid of being near him, Cruz offered a sensible prescription for dealing with the virus that we should have adopted a year ago.

People who are elderly or vulnerable ought to be encouraged to “step away” from daily life — with all available courtesy and assistance brought to their aid. Meanwhile, the rest of society should be allowed to pursue the precious business of normal life.

Seth Barron is managing editor of The American Mind and ­author of the forthcoming book “The Last Days of New York.”

another reason he’s got to go

another reason he's got to go