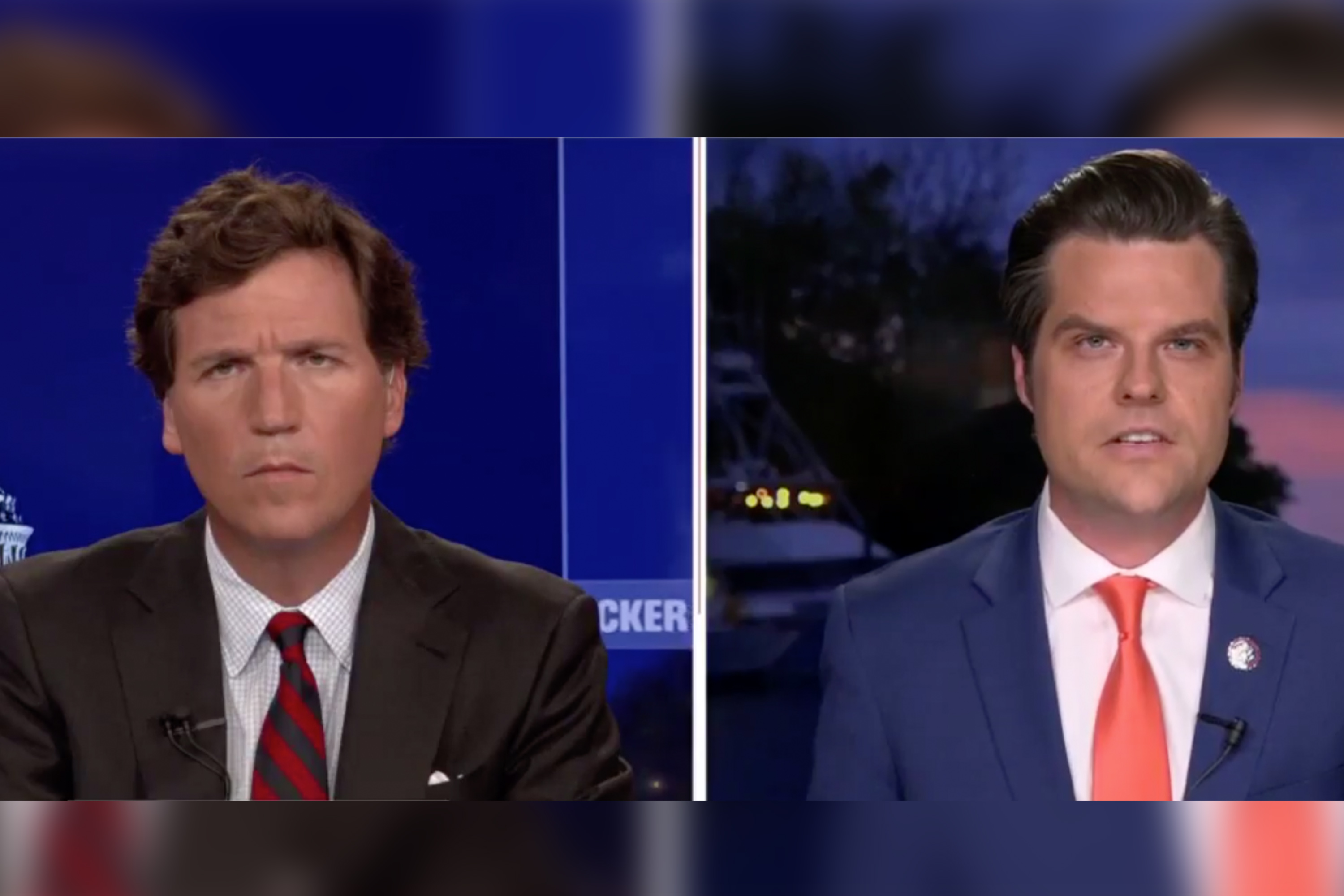 Florida Rep. Matt Gaetz on Tuesday night said a former Department of Justice official attempted to shake his family down for $25 million by blackmailing him with “horrible sex trafficking allegations.”

Gaetz made the claim in a interview with Fox News’ Tucker Carlson, where he said he believes information about a DOJ probe into possible sexual trafficking against him was leaked to the media in an effort to end an ongoing FBI investigation into the alleged extortion plot.

“On March 16, my father got a text message demanding a meeting wherein a person demanded $25 million in exchange for making horrible sex trafficking allegations against me go away,” Gaetz said.

As part of the alleged extortion probe, Gaetz said there was a plan to wire McGee $4.5 million on Wednesday, “as a downpayment on this bribe.”

In the Fox News interview, Gaetz voiced suspicion over the timing of the report on the DOJ probe into him.

“The money that was supposed to be paid … that would have shown even more evidence of David McGee’s work in this extortion scheme,” he told Carlson.

“And I believe that’s why this horrible information and these terrible allegations have been used this evening.”

Gaetz’s claims came after The New York Times on Tuesday reported the Department of Justice is probing whether he had sex with a 17-year-old girl and violated sex trafficking laws.

He has denied the allegations, telling The Post Tuesday, “in the strongest possible terms. I deny that I have ever been with someone underage.”

Tiger Woods is back in the video game business

Dumpster divers face off with cops at Portland grocery store