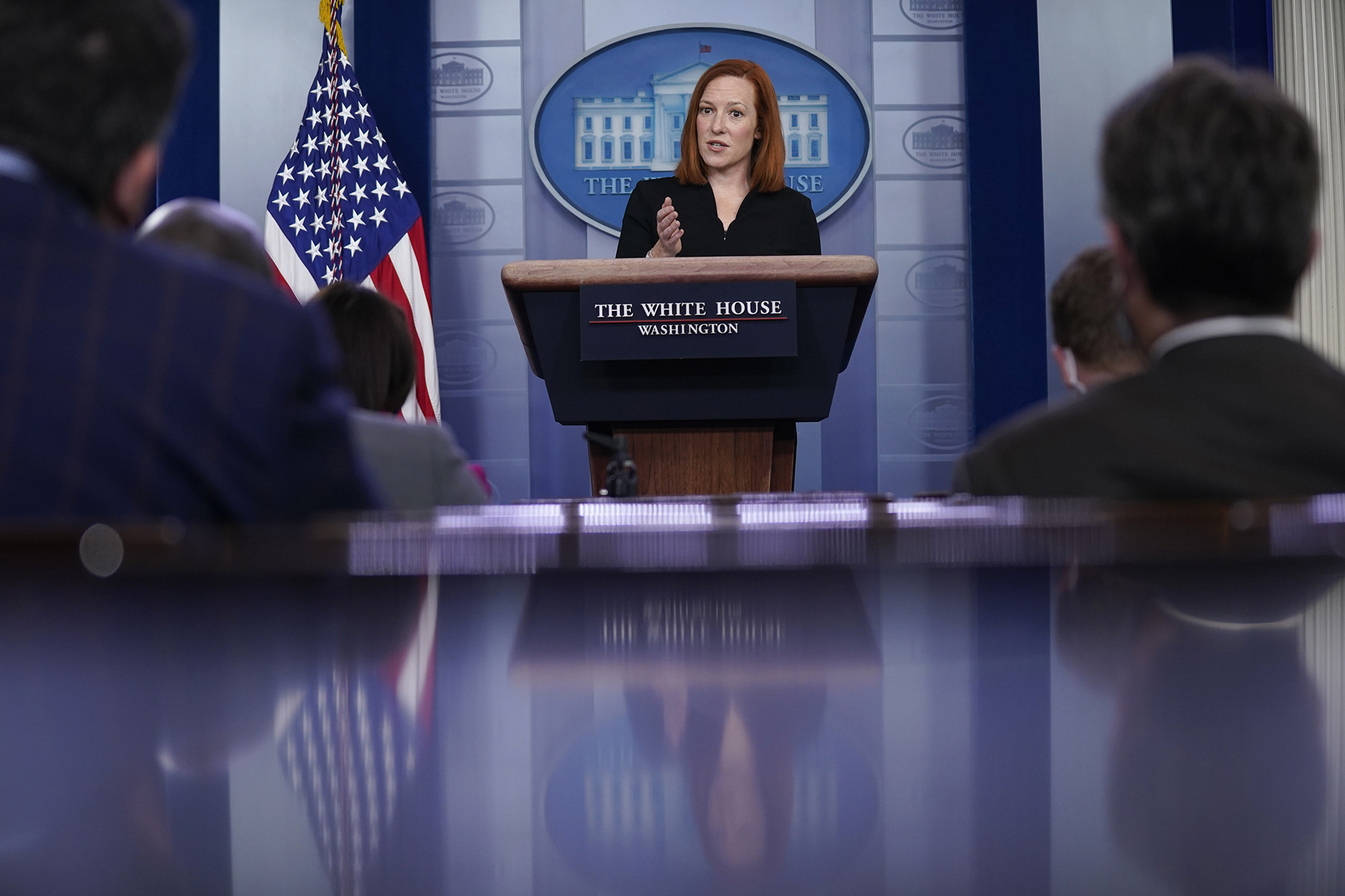 She was questioned about a Fox News report that quoted San Diego County Supervisor Jim Desmond saying that he’s happy illegal migrant minors can return to the classroom but he wishes that all 130,000 students be given “the same opportunity for in-person teaching.”

Psaki responded that “context is important.”

“As I understand it, San Diego public schools are opening in early April,” ​she said. “Students will be back in the classroom ​-​ part time ​-​ and certainly you know our objective from the White House ​- ​​five days a week for​ the​ majority of schools across the country.”

​Psaki suggested the teachers are there on a “volunteer” basis because of spring break.

“I believe they’re also on spring break right now. I am not sure if it’s volunteer, or paid, you’d have to ask a local school district, while the kids are on spring break, which, I think, the context is pretty important,” she said.

The Fox News report said that teachers in the San Diego Unified School District have been given the opportunity to volunteer to teach migrant children during spring break and that it would be up to the county whether they were paid.

“The San Diego County Office of Education is providing the educational program for the unaccompanied migrant children who will be staying at the San Diego Convention Center through July. All children in California, regardless of immigration status, have a constitutional right to education. We also have a moral obligation to ensure a bright future for our children,” a spokesperson told Fox News in an emailed statement.

The classes would include English language development, and the teachers participating would follow COVID-19 safety precautions laid out by the Centers for Disease Control and Prevention, the spokesperson said.

But the decision has riled some parents and lawmakers who believe American students haven’t been given that opportunity.

“The system is broken when San Diego teachers are teaching migrant children in person, but the 100k students of taxpaying families at San Diego Unified School District are stuck learning in Zoom school,” parent Emily Diaz told Fox News in an email.

“We agree that every child deserves an in-person education, but why are taxpaying students put last? If this is a humanitarian issue then who is rescuing San Diego Unified students, because our leaders have failed them,” she added.

Rep. Darrell Issa (R-Calif.) said the parents have a right to be angry.

“For more than a year, parents and students in San Diego County have waited for educators to answer one question: When will our schools reopen with in-person instruction only? And for a year, they’ve been told to wait,” he said.