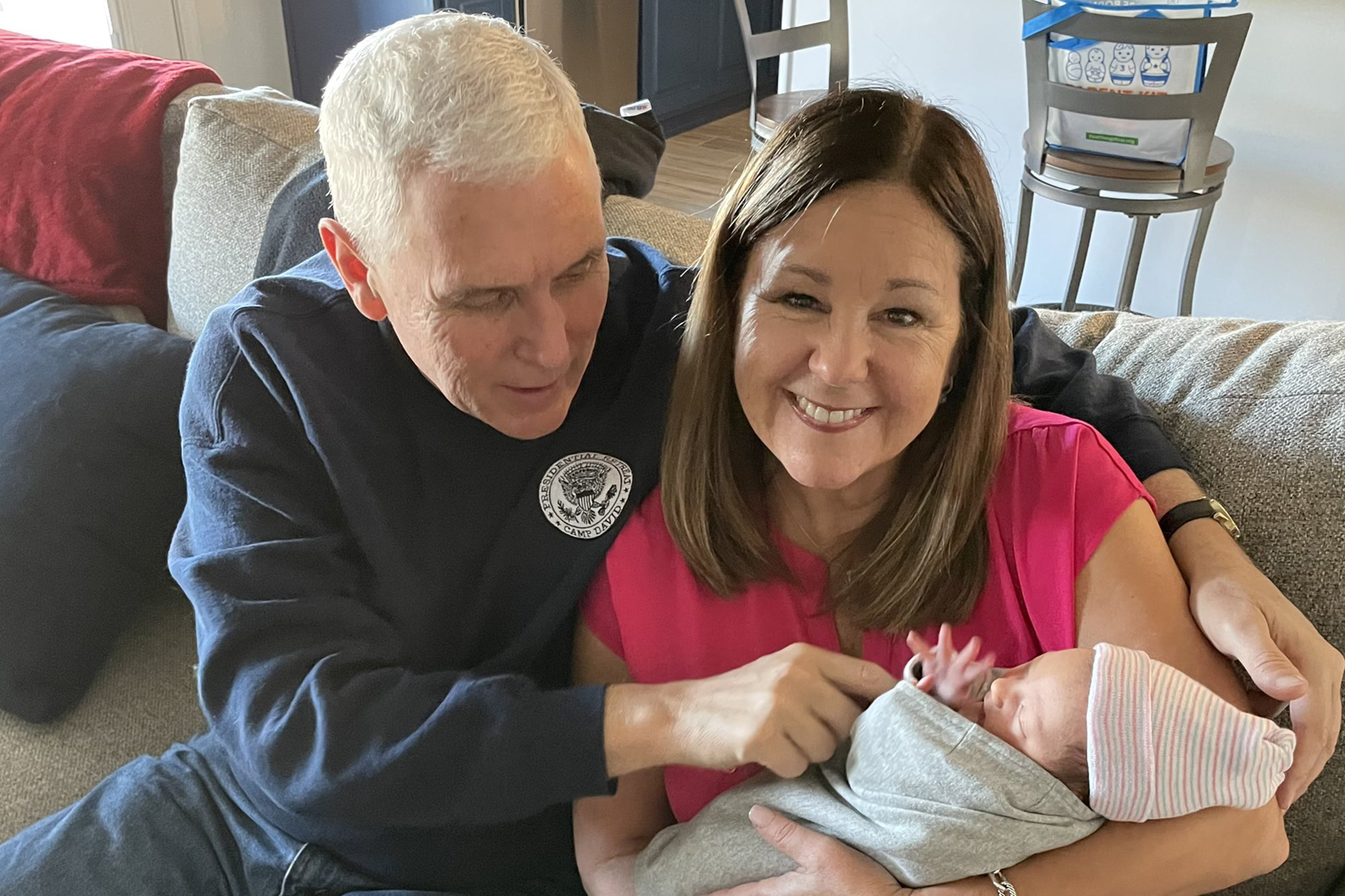 Former Vice President Mike Pence’s premature gray always made him look the part of a grandfather — now he has the grandchild to go with it.

Pence and wife Karen announced the birth of Avery Grace Pence, their first granddaughter, Saturday with a tweet showcasing photos of the adorable little one.

“We Praise God that little Avery, her Mommy and Daddy are all doing just great!” the proud grandma posted on Twitter.

Her message featured a photo of Pence, 61, clad in a Camp David sweatshirt, cuddling the swaddled newborn.

The baby was born to their son Michael, a Navy pilot, and his wife Sarah earlier this week, the Pences shared.

Mike Pence, who has not spoken publicly since he and former President Donald Trump left office, has been tiptoeing back onto the political scene recently — with an op-ed last week slamming House Democrats‘ voting-reform bill and plans to launch a career as a paid public speaker.