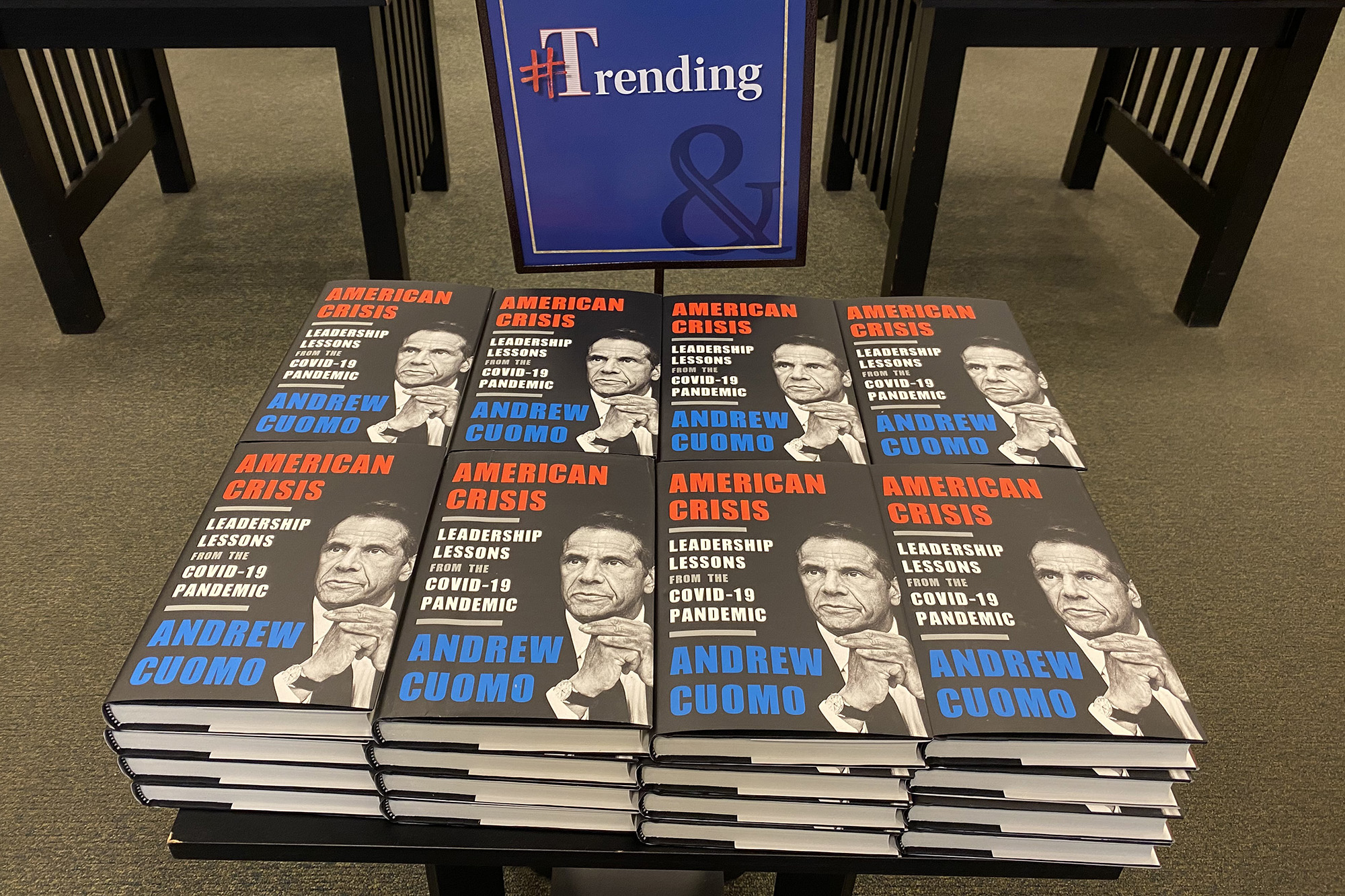 Gov. Andrew Cuomo needs to stop yet another stonewall and say just how much he made from his bestseller touting his pandemic “leadership” — and explain how he got an ethics OK for it.

While New Yorkers were losing their lives, livelihoods and loved ones to COVID, Cuomo inked a book deal worth, per to Vanity Fair, “at least low to mid-seven figures.” He refused to reveal his advance — “You’ll see it on my financial disclosure” — or release the letter from the Joint Commission on Public Ethics approving the outside income.

“American Crisis: Leadership Lessons from the COVID-19 Pandemic” came out in October, shortly before new cases spiked. Despite the premature victory lap, it became a bestseller, with sales pumped up by media adulation for the gov.

Now that Team Cuomo has finally admitted to concealing the true toll of its order that sent COVID-positive patients into nursing homes, the coverage isn’t so good, and the publisher quit promoting the book and shelved plans for a softcover edition.

Did Cuomo profit from the coverup via his lucrative book? His aides kept the truth out of a Department of Health report in July, even as JCOPE was mulling Cuomo’s book plans, which he didn’t announce officially until August. Only after the book’s publication did one JCOPE commissioner question how approval was granted. (The gov’s tight control of the agency is one reason it’s known as J-JOKE.).

“We are calling on Andrew Cuomo and Crown Publishing to turn over the governor’s contract of his book deal to the public and media so we can determine whether he had a financial motivation to deflate nursing-home data,” Assemblyman Ron Kim (D-Queens) said of a public demand from six lawmakers.

The Buffalo News filed a Freedom of Information Law request for those facts last August. For the last seven months, Cuomo’s office has stonewalled with absurd claims it can’t find the records and so on.

Even with blood on its hands, Team Cuomo remains utterly shameless.

In hyperpartisan Washington, truth is out window, spending has no limit

In hyperpartisan Washington, truth is out window, spending has no limit

Gotham mustn’t let the Gowanus building projects get shot down

Israel reopens economy with nearly half the country vaccinated