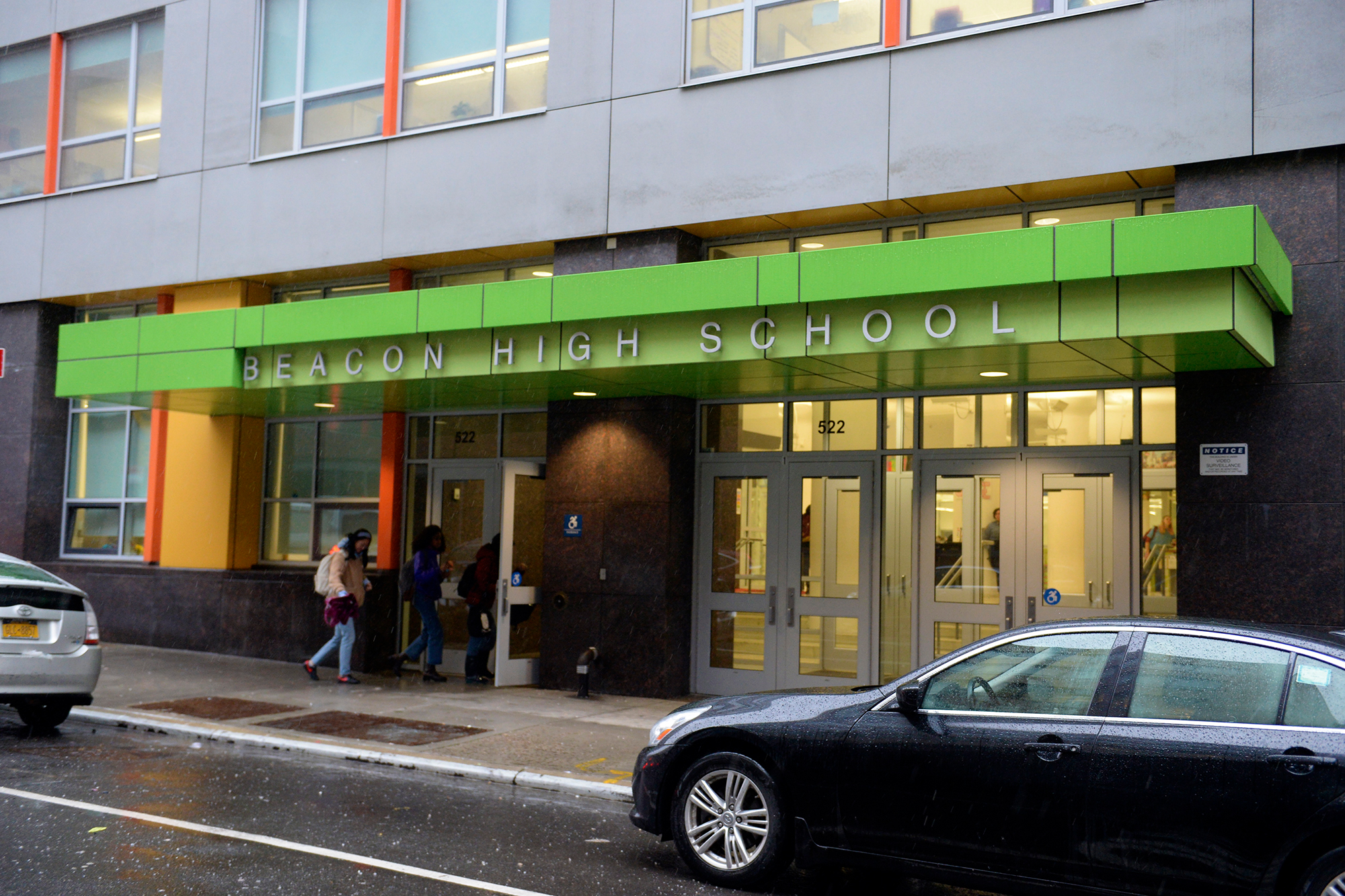 The principal of an elite city high school gave a lesson in civics last week — to a group of “disrespectful” parents, The Post has learned.

With tensions over the reopening of city schools and the quality of live teaching cresting, Beacon HS chief Brady Smith scolded some parents for corresponding with him in an unacceptable manner.

“During this extraordinarily challenging year, I have experienced, directly and indirectly, some disrespectful communication from parents,” he wrote in an email. “I know it is a small percentage who have stepped over that line, but as we try to shift culture at Beacon to be a more welcoming and safe place for all, that should be reflected in all communication.”

Smith reminded parents that their behavior would influence their children and urged them to moderate their language.

“Our children learn from us at all times – they are hearing the language we use, they are feeling our tone – and in this moment in history with the distance and anonymity of email and social media and all the heightened negative emotions from our terrible pandemic year, it is even more important that we model appropriate, civil discourse,” he wrote.

Several Beacon parents took exception to the email, arguing that they were more concerned with an expansion of live teaching than comportment advisories.

“It’s hard to tell who the kids are and who the parents are around here sometimes,” said one miffed mom.

Smith stressed that he didn’t want to discourage parents from expressing their angst in the midst of the pandemic-wracked academic year.

“This does not mean that you should not advocate for your student and speak your truth – that is NOT my message here – it just means that you should always express yourself in respectful and civil ways,” he wrote.

Another Beacon parent said that some families have been disappointed by a lack of communication from administrators — and that teachers privately share their disillusionment.

“There is a lot of anger brewing beneath the surface,” said a parent. “It’s always a lot of emails and a lot of talk, but never a lot of answers.”

But another Beacon dad said that Smith was doing his best under duress and that he had no problem with the email.

“It’s hard to know who to blame here,” he said. “But I think he is trying to manage this year as best as he can. And he has every right to object to anything that goes over the line.”

Compounding unease at the liberal arts school this week, Smith told parents in a separate email that he was investigating the posting of racial slurs during a Zoom class.

“As a community, it is important that we make it known that we will NOT tolerate that behavior at Beacon,” Smith wrote. “If and when it does occur, we must call it out, name it, assist school officials to identify the parties and levy consequences, and finally, we must come together to heal the harm.”

Beacon has played host to a number of controversies in recent years. Students held a sit-in at the school in 2019 after a classmate was accused of disparaging affirmative action.

The appearance of racially-offensive slurs on Zoom gatherings has been a consistent city problem this school year.

Earlier this month, staffers at Baruch HS in Manhattan reported a similar incident during a Zoom class and vowed a full investigation.

Who didn’t fall for Matt James?