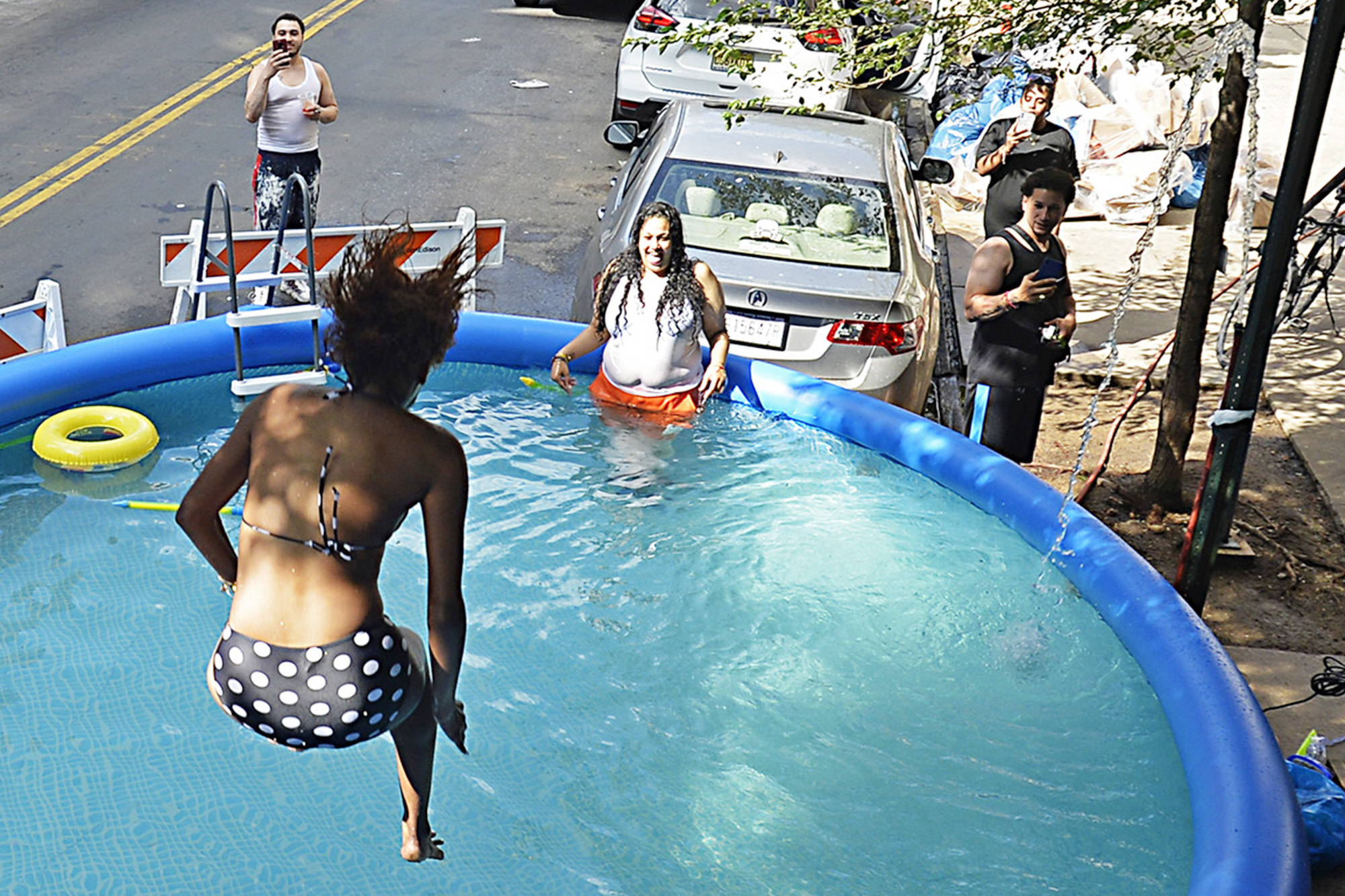 He won’t beat this heat with a kiddie pool!

A Washington Heights man who set up an inflatable pool to help residents cool off during last summer’s heatwave has been busted for running an extensive drug-dealing operation out of his apartment building, law enforcement sources told the Post.

Joshua Torres, 34, made headlines in July — when the mercury neared 100 degrees in the city — for setting up the $900 pool outside of his building on Audubon Avenue near West 174th Street.

“I wanted to do something for the community,” Torres boasted to the Wall Street Journal at the time — and noted that he positioned the pool next to a dumpster, so he could dive into the water.

Torres was busted Wednesday on 34 counts of conspiracy and other drug dealing charges in a case that will be prosecuted by the Special Narcotics Prosecutor’s Office, sources said.

He allegedly ran a drug crew that dealt heroin laced with fentanyl, prescription pills, crack cocaine and methamphetamine in an organized operation that ran 24 hours a day, sources said.

Torres allegedly oversaw the workers including suspect Raimondia Handley, who was pictured by a Post photographer lounging in a bikini in the pool last summer, according to sources.

Investigators busted Torres and five of his workers, including Handley, after an extensive investigation that included undercover buys and wiretaps, sources said.