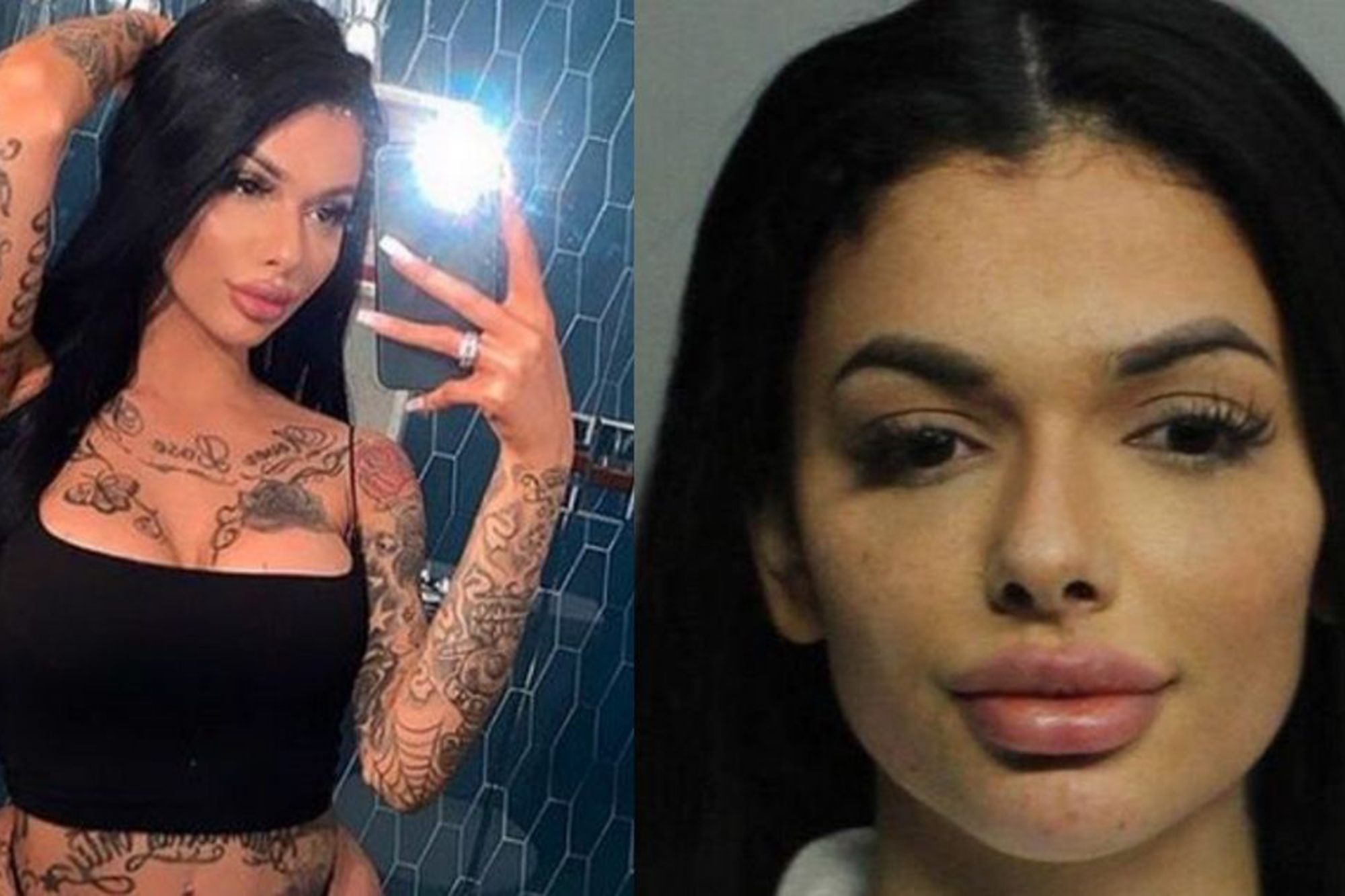 An OnlyFans influencer model has run into legal trouble again after allegedly getting caught driving with a suspended license in Miami.

According to The Daily Star, OnlyFans influencer model Celina Powell, 26, admitted to her fans that she got arrested in Miami on Monday.

“I went to jail again lmfao,” she told fans.

Powell was arrested and charged with driving with a suspended license, according to Florida police.

Celina has a YouTube channel in which she regularly uploads videos of her alleged experiences with celebrities.

According to The Miami Herald, the OnlyFans influencer model has been arrested multiple times on the same charge.

Her license was revoked in Colorado last year, according to the outlet.

“For someone adept at social media and whose Miami address is listed as a pricey luxury Brickell apartment, Powell seems on bad terms with the technology of ride sharing,” The Miami Herald snarked.

Powell was arrested after making a right turn without a turn signal, the newspaper noted.

She was given a verbal warning about not using the turn signal, a common method of driving in South Florida. Then she was arrested on a charge of habitually driving on a suspended license.

The OnlyFans influencer model arrested in Miami has made a name for herself through a YouTube channel where she makes numerous dubious claims about her alleged affairs with various celebrities and rappers.

For example, Powell once falsely claimed she was pregnant with rapper Offset’s child and accused Snoop Dogg of cheating on his wife with her. Snoop Dogg later turned the tables on her and revealed their interactions were apart of a project of his to expose “Clout Chasers.”

“The two have a very nasty history, and our source says that’s proof Powell’s got it out for Tory. She’s allegedly once bragged about taking his money … and also allegedly posted his personal number online. We’re told the two had never previously met in person,” the outlet wrote.

Powell tells us she blacked out during the assault and when she awoke, she was badly bruised with back and neck pain. She refused medical care at the scene, according to the report, but she claims she was treated at the hospital later for her injuries.

Tory Lanez Named in Assault Report After Confrontation with Woman

Perhaps more bizarre than the OnlyFans influencer model’s arrest in Miami is her 2018 arrest in Aurora Colorado, Complex reported.

Powell was arrested late that year after she was tracked down by a pair of bounty hunters who were collecting on over $60,000 in outstanding bonds.

Powell had built up the outstanding bonds via a series of petty crimes ranging from shoplifting to evading police to traffic violations.

The bounty hunters took her into custody after staking her out at a hookah lounge.

Part of the incident was recorded on camera, with one of the bounty hunters in question shouting the n-word numerous times in a wildly misguided attempt to prove that he wasn’t racist.

Celina Powell, Woman Who Lied About Offset Getting Her Pregnant, Arrested by Bounty Hunters

Burma’s junta doubles down on its bloody crackdown

2 brothers dead after being trapped in NJ house fire: family