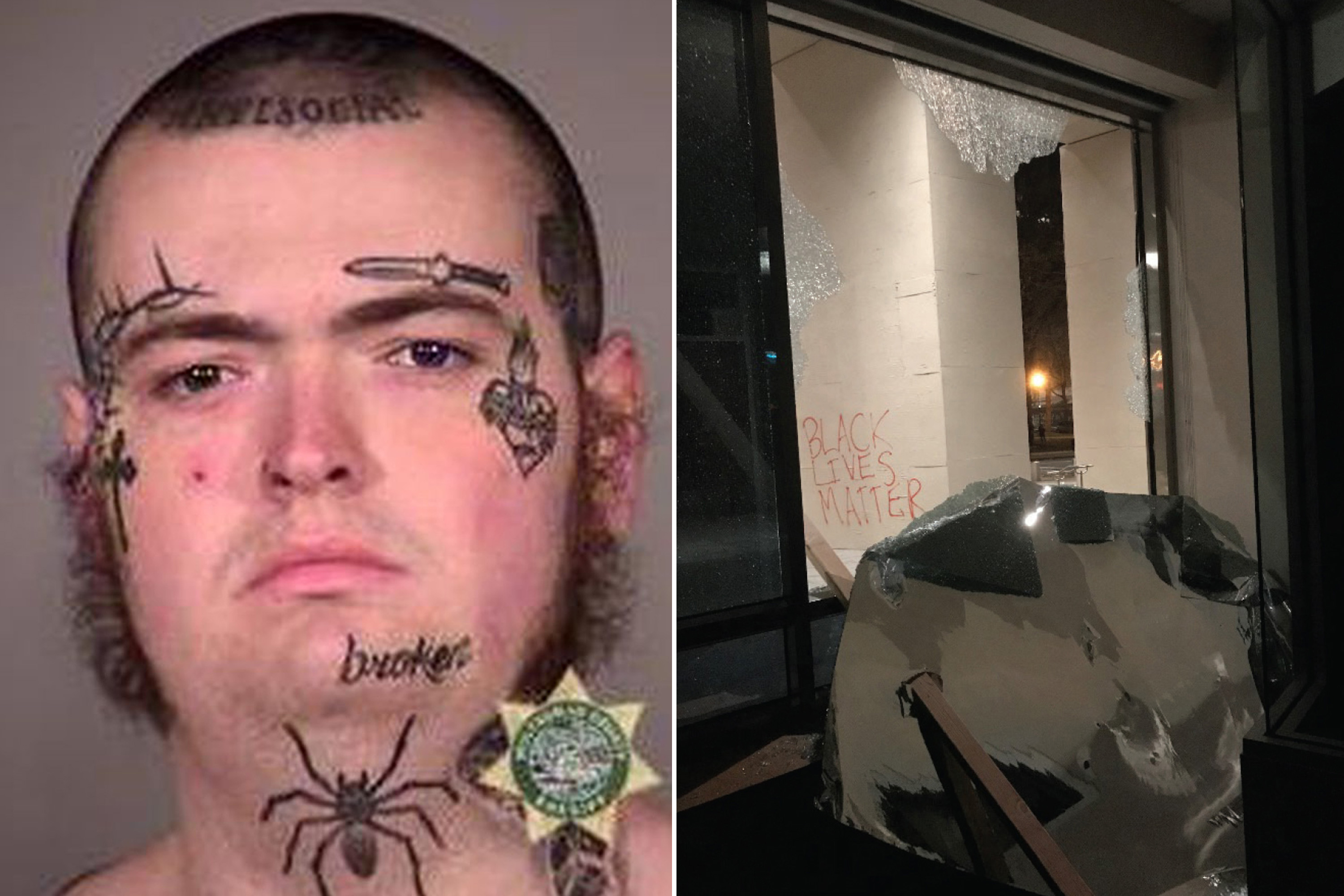 A 22-year-old Portland protester sporting multiple face tattoos did what anyone would do two hours after getting released from jail – he promptly got busted again.

Darby Marshall Howard told cops he was homeless and had arrived two weeks earlier in the Oregon city besieged by protesters for much of the past year.

On Thursday, Howard joined about 50 protesters at the Wells Fargo Center – the city’s tallest skyscraper – after they pushed their inside the building and refused to leave, The Oregonian reported.

While inside, Howard allegedly punched a TV in the building’s lobby and kicked an automatic sliding door, causing more than $1,000 in damage, state prosecutors told the paper.

When police found him outside, Howard allegedly slugged an officer in the head and tried to push through a line of cops to get away. He was arrested shortly after 3 p.m., and charged with criminal mischief, resisting arrest and attempted assault on an officer.

After booking, Howard was released on his own recognizance around 8:30 p.m.

It took just over two hours for him to be back in handcuffs.

Howard joined another protest, this one outside the federal courthouse that was a focal point of protests for much of last year. Federal officials had taken down fencing and concrete barriers that surrounded the courthouse since last summer, a move activists apparently took as an invitation to resume destroying government property.

Howard was accused of slamming a Lime electric scooter against a front glass pane window of the building, shattering the glass. The vandalism was caught on security cameras, according to the Oregonian.

He was booked on destruction of government property, and a federal judge ordered him detained.

When he was arrested the second time, Howard was still wearing the bright, neon-orange colored sneakers he was issued in the city jail earlier in the day.

NYC’s Naked Cowboy out of Florida jail, back at Daytona Bike Week

Amy Brenneman on the enigmatic people in ‘Tell Me Your Secrets’

SpaceX valuation reportedly soars to $74B in funding round