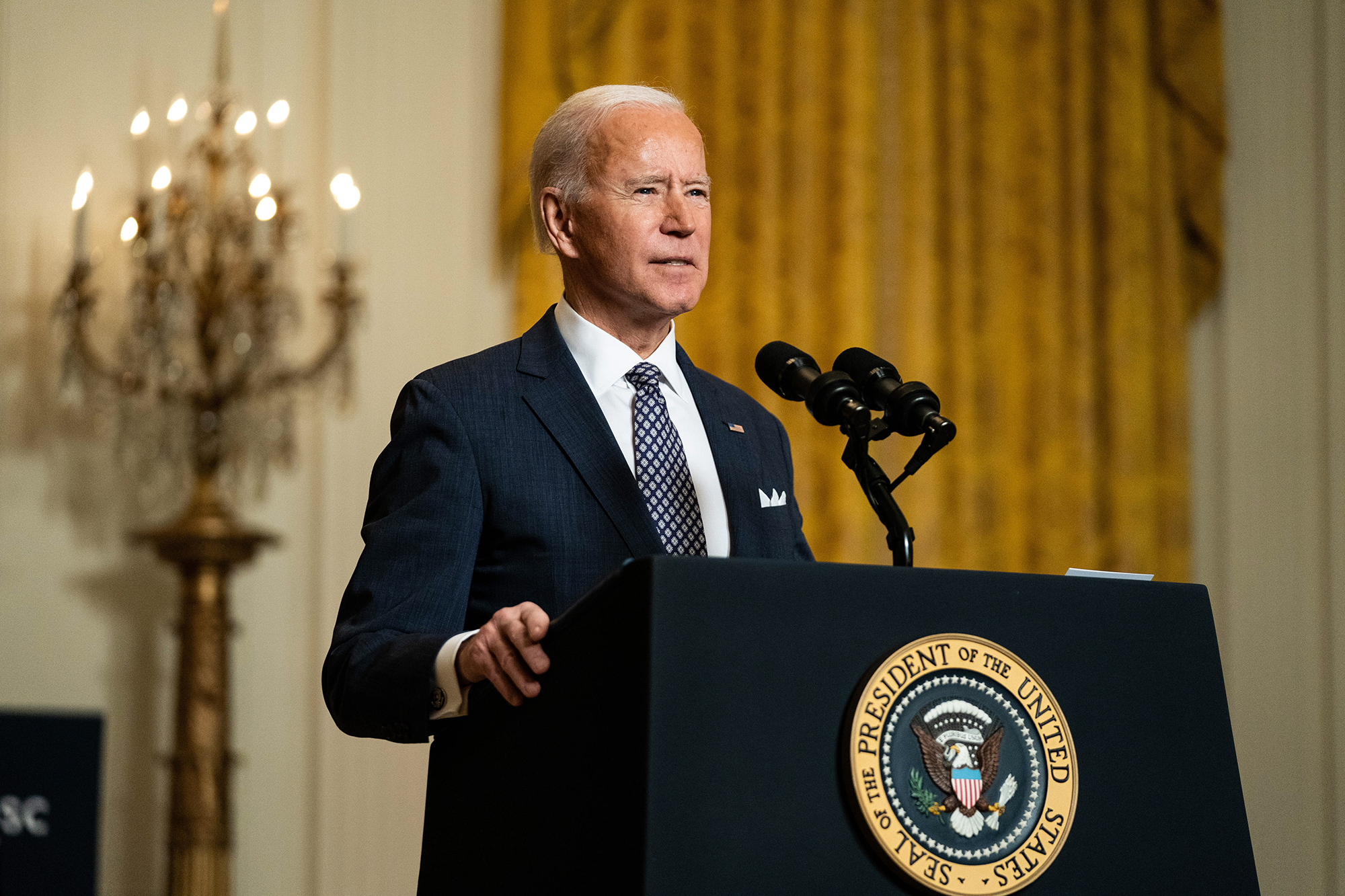 Aides to President Biden hurried the traveling press corps away as they shouted questions at an unresponsive commander in chief in Washington Tuesday — his 48th day in office without holding a solo press conference.

The incident occurred towards the end of a visit by Biden to W.S. Jenks & Son, a hardware store in the nation’s capital that benefitted from his temporary extension for smaller businesses of the Paycheck Protection Program.

After quietly watching Biden interact with store owners and employees for about 10 minutes, reporters began shouting a series of questions at him to no avail.

Immediately after, handlers for the 46th president began yelling back assertively, “Come on, press, you gotta go,” as the entire gaggle of reporters were quickly removed from the scene.

Biden, who was standing about 15 to 20 feet away from the press pool, did not flinch to answer a single of the myriad shouted questions, including one on the burgeoning immigration crisis at the souther border.

Tuesday not only marks the 48th day of Biden’s presidency, it also marks the longest a commander-in-chief has gone in recent history without holding a solo press conference.

Biden has gone longer than his 15 most recent predecessors — going back 100 years — without taking questions from the press in the more official forum.

All 15 prior presidents held a solo press conference within 33 days of taking office, according to a CNN analysis of data from the American Presidency Project.

Biden, meanwhile, has neglected to hold a single one, and that does not appear to be changing in the immediate future.

When pressed about the matter at a briefing on Friday, White House press secretary Jen Psaki argued that the president was too busy managing the “historic crises” linked to the COVID-19 pandemic.

“He’s answered questions. I believe that count is almost 40 times,” she said, “And I would say that his focus, again, is on getting recovery and relief to the American people and he looks forward to continuing to engage with all of you and to members of the — other members of the media who aren’t here today, and we’ll look forward to letting you know as soon as the press conference is set.”

The commander-in-chief has spoken to reporters briefly before boarding the presidential aircraft and has taken some questions from press after making public statements about the coronavirus and other matters.

He has not, however, faced reporters alone since becoming leader of the free world.​

A White House spokesperson did not immediately respond to The Post’s request for comment on the president’s refusal to hold a briefing.