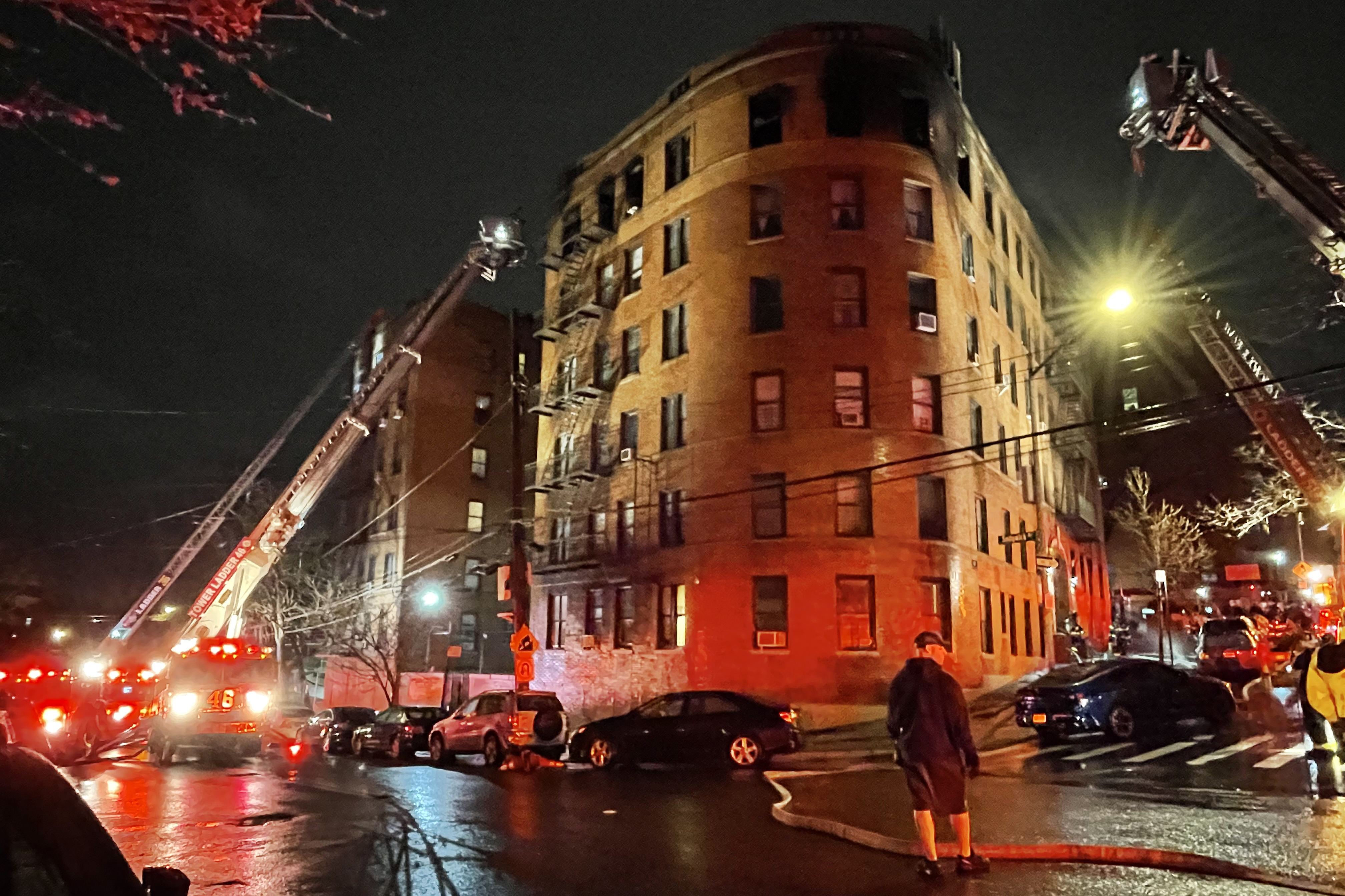 Seven people were injured, including five firefighters, in a fast spreading, wind-driven fire at a Bronx apartment building on Sunday night, officials said.

Two of the firefighters suffered serious injuries in the four-alarm blaze that broke out in a top floor apartment in a building on West 183rd Street near Sedgwick Avenue in University Heights at about 8:10 p.m., according to the FDNY.

“The fire was driven by the wind, that’s what it probably expanded so quickly,” FDNY Assistant Chief John Hodgens told reporters at the scene.

The flames spread to two other apartments on the top floor and above the floor’s ceiling, Hodgens said.

Residents of the building were able to flee on their own, but two people inside suffered injuries from smoke inhalation, according to Hodgens.

Smoke-eaters had the blaze under control in just over two hours.

“We had to work aggressively and we were able to knock most of the fire down relatively quickly,” Hodgens said.

The cause of the fire is under investigation.

Five other firefighters suffered minor injuries and were were taken to area hospitals.

WHO report says animals were likely source of COVID-19