St. Patrick’s Day Parade returns to the streets of NYC 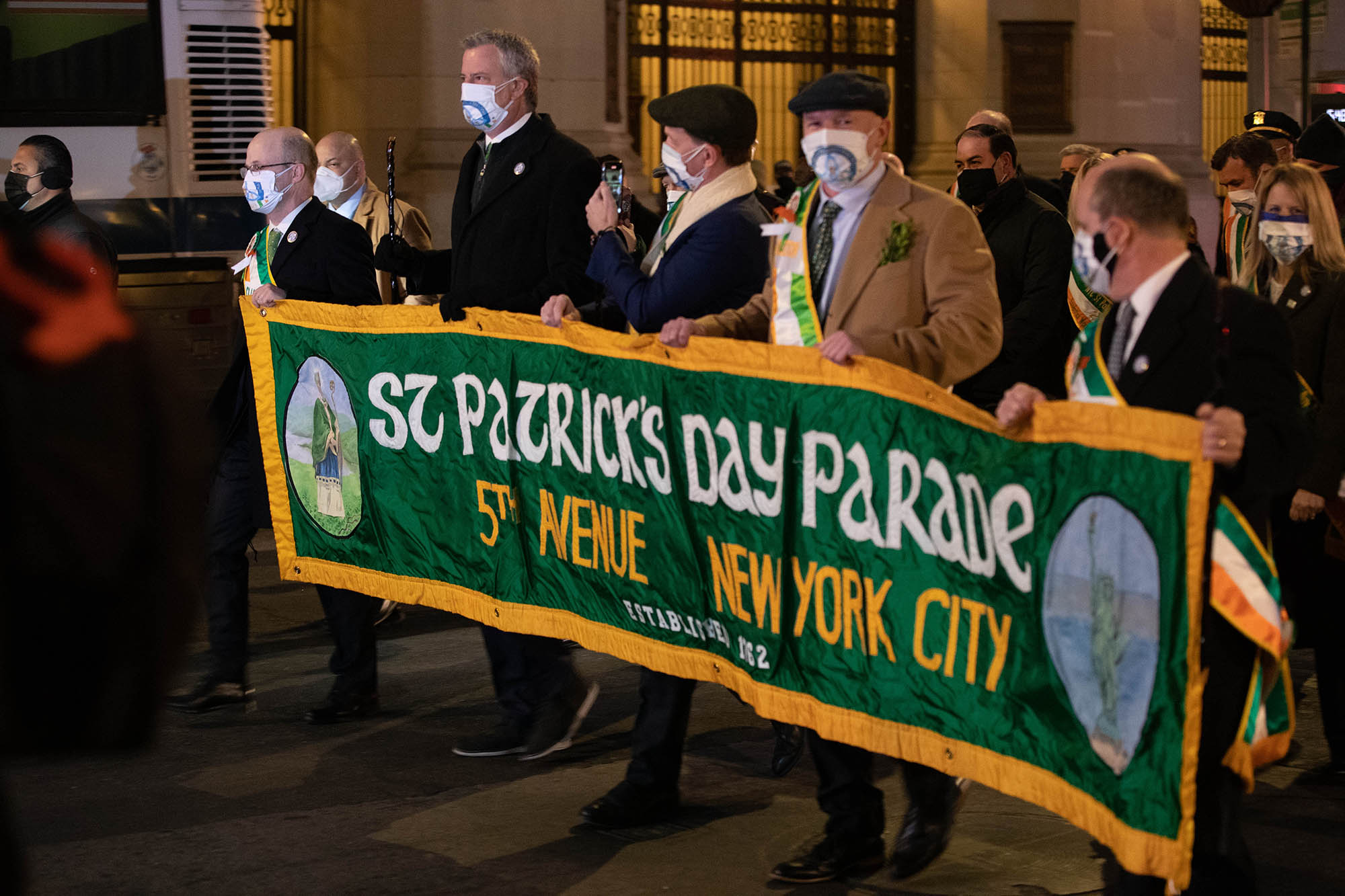 They’re back raising a glass to the luck of the Irish.

The St. Patrick’s Day Parade returned to the streets of the Big Apple Wednesday after being scrapped last year — and was hailed by organizers as a “great day for the Irish.”

Mayor Bill de Blasio was among the slimmed-down group of early risers who gathered from 6:30 a.m. on Lexington Avenue and 26th Street to march to St. Patrick’s Cathedral on Fifth Avenue.

The parade — which organizers say started in 1762 — was also watched by a smaller crowd than usual, with the Centers for Disease Control and Prevention urging crowds to stay home.

Many of the annual events — including Mass by Timothy Cardinal Dolan — were instead live-streamed, with organizers also urging New Yorkers to toast the day from home.

“This morning’s parade may have looked a little different, but the spirit of our Irish community shone through all the brighter,” the mayor’s office tweeted along with a series of photos from the morning’s celebration.

After the historic decision to scrap it last year in the early stages of the raging coronavirus pandemic, getting back on the streets was a “great day for the Irish,” parade chairman Sean Lane told Irish Central.

“The Tradition Lives On!!” organizers said on the parade’s Facebook page.

Relaxed restrictions on city eateries and bars mean New Yorkers can again celebrate what is traditionally one of the most social dates in the calendar — but capacity will be capped at 35 percent in the usually packed hotspots.

Parade organizers say the first march in 1762 was by a “band of homesick, Irish ex-patriots and Irish military members serving with the British Army stationed in the colonies in New York.”

“This was a time when the wearing of green was a sign of Irish pride but was banned in Ireland,” the parade website said.

“In that 1762 parade, participants reveled in the freedom to speak Irish, wear green, sing Irish songs and play the pipes to Irish tunes that were meaningful to the Irish immigrants of that time.”

Hunter Biden should be charged for lying on gun application

Dustin Hoffman kicked out of Sardi’s during ‘Midnight Cowboy’ filming