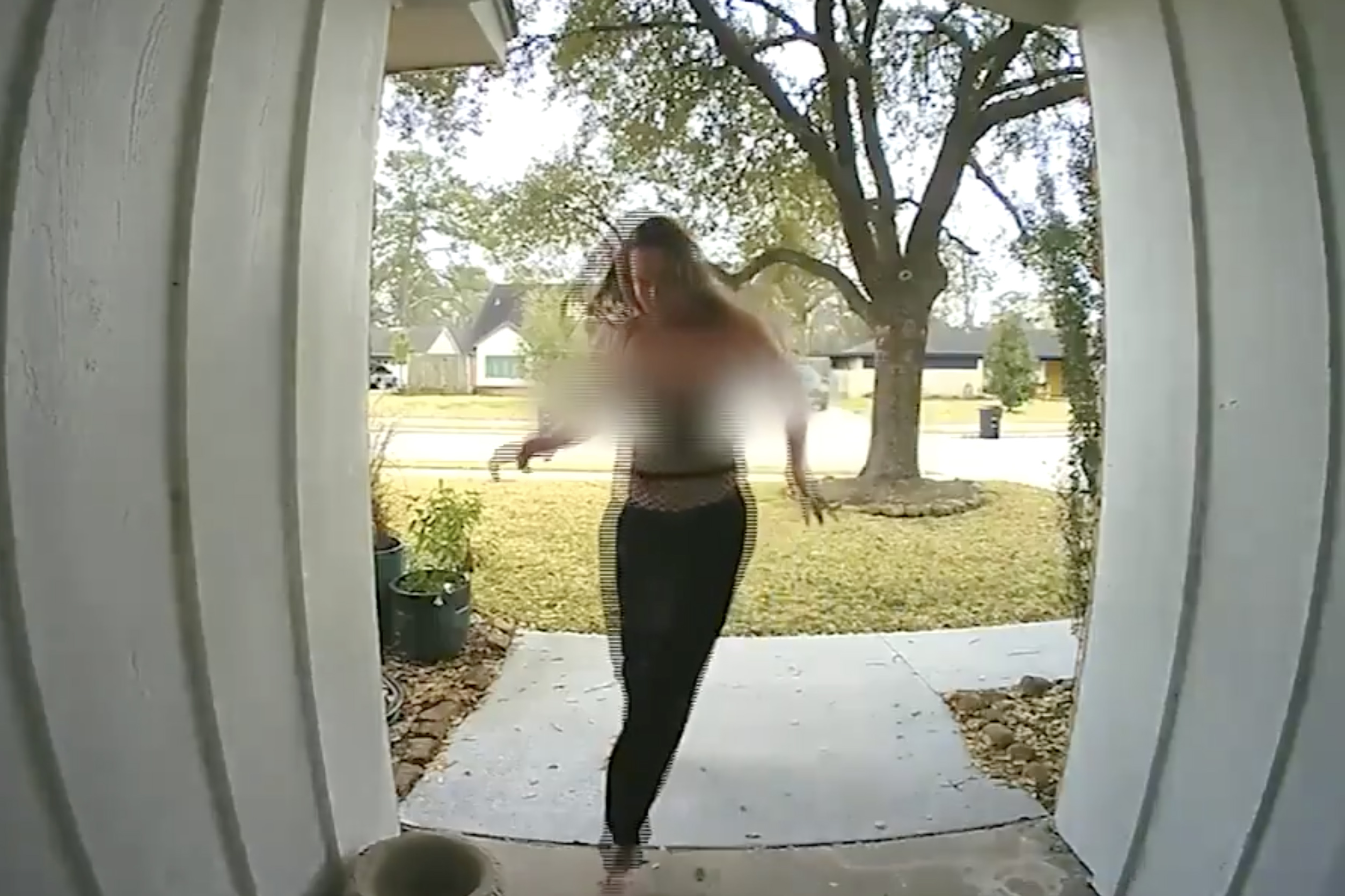 A Texas porch pirate was in such a rush to snatch a package that her top slid off during the brazen daylight heist caught on a doorbell security camera.

In a video obtained by KHOU 11, the woman can be seen running barefoot up to the porch of a Houston home and swiping a box containing a dress from Nordstrom.

During the theft, though, the woman’s shirt slips off, which was all captured by the homeowner’s Ring doorbell camera.

“She clearly was having a wardrobe problem on the way up,” Harris County Precinct 1 Constable Alan Rosen told Fox News.

The woman, as of Thursday, remained at large. But Rosen told KHOU 11 that the department has a few leads.

“We’ve got some suspects in mind. We got a pretty clear look at the vehicle and of the person,” he told the outlet.