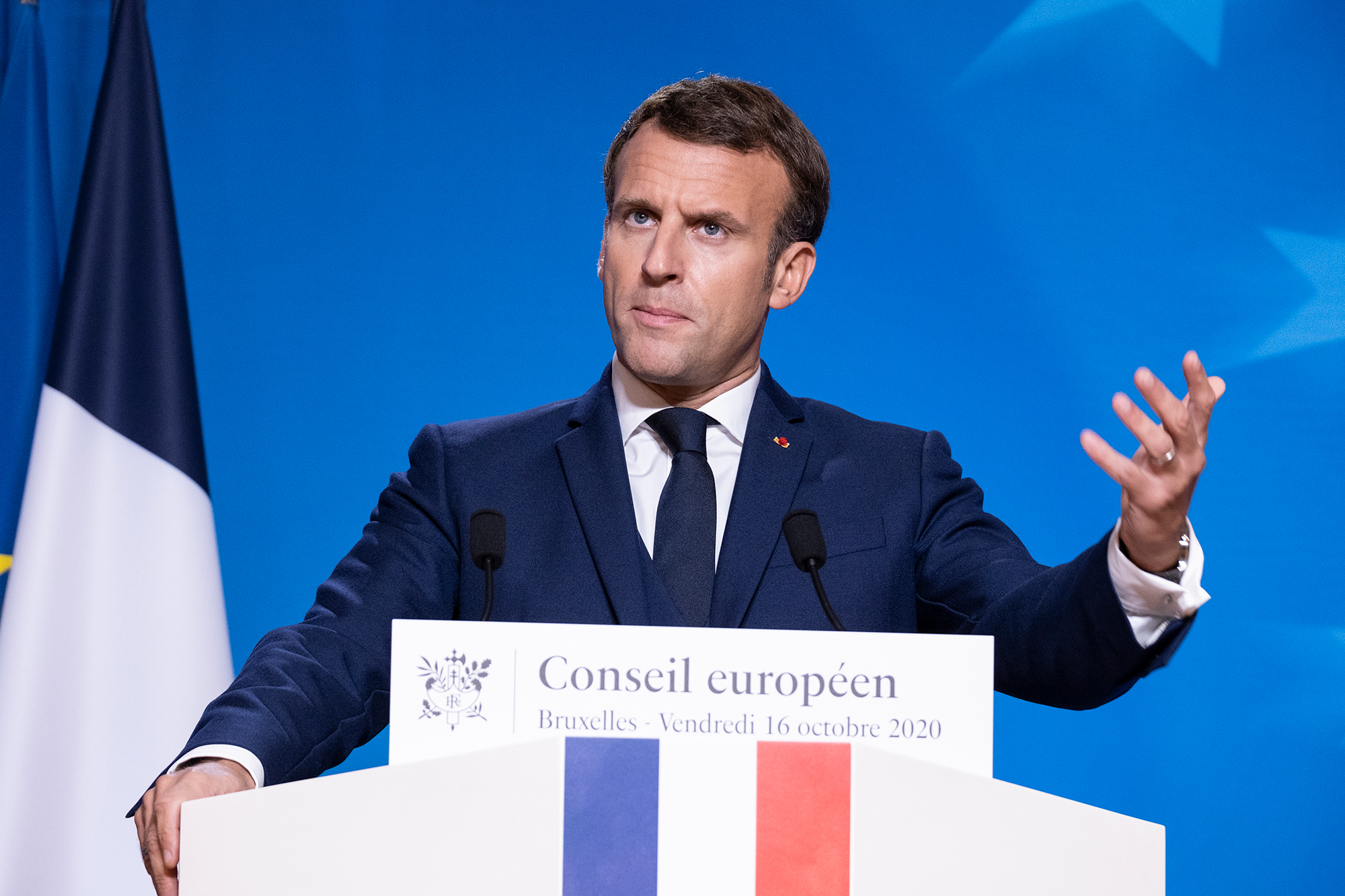 Team Biden loves to claim that “America is back.” It’s a foreign-policy slogan designed to reassure American liberals: their values will be promoted at home and abroad, and enlightened foreigners, especially in Europe, will embrace those values. It’s a grand delusion.

In fact, it isn’t at all clear that European elites share the values and goals of American liberals. Nostalgic for Cold War-era trans-Atlantic cooperation, American liberals fail to realize that European elites have changed their views. They increasingly view America as a strategic rival, which is exporting a toxic and divisive ideology: wokeness.

Arch-Europhile Emmanuel Macron exemplifies this shift. With strong odds in favour of his re-election, Macron has been playing a long game and positioning himself as the Continent’s next great leader. Beyond Europe’s frontiers, Macron sees not friends but hostile powers — including the United States. In spring 2019, he warned that Europe must become a great power to match the “aggressive strategies of major powers,” such as Beijing and Washington.

For Macron, globalization doesn’t herald greater cooperation, but cut-throat competition and the new strategic threats. “No one country can be sovereign on their own in the face of the tech giants,” Macron proclaimed. Unlike American liberals, Macron doesn’t want to discard sovereignty. He seeks to rebuild it at the pan-European level, to counter the dangers emerging from the US tech industries that American liberals largely ignore.

The contest won’t be economic alone. It will also be defined by profound ideological disagreement over identity politics, the obsession of American liberal elites.

Following three major Islamist terror attacks last fall, including the murder of a schoolteacher, Macron scandalized American liberals when he denounced Islamism as a political project to repudiate the French Republic.

He charged that “certain social-science theories entirely imported from the United States” were exacerbating the problem of Islamism, because they impose American-made racial categories on French society. Later, his education minister, Jean-Michel Blanquer, attacked the rise of identity politics in French universities, contending that there is a “battle to wage against an intellectual matrix from American universities.” Last month, the minister for higher education, Frédéric Vidal, announced he would launch a commission to investigate the influence of identity politics in French universities.

French leaders, in other words, view wokeness as a foreign–American– import that risks undermining French and European security and social cohesion.

It requires no intricate history lesson to see why identity politics get a cool reception in Europe. The French Revolution abolished slavery. Napoleon promoted black Frenchmen all the way up to the rank of general (including Alexander Dumas’ father), almost 150 years before an African-American would reach the same rank in the US Army.

The French take justified pride in their ability to unite diverse ethnic groups under the banner of a single nation, and they bristle at the suggestion that ethnicity is more important than citizenship. There was a telling moment after France’s World Cup victory in 2018: considering the number of black players on the French team, The Daily Show’s Trevor Noah declared how happy he was that “Africa” had won the World Cup. Other US journalists echoed his remarks, but the French were furious. By putting ethnicity over nationality, American pundits were implying that not all the team members were really French. It was an insult. “Cut the BS,” tweeted French basketball star Evan Fournier. “We are all French. Deal with it.”

If they were wise, American liberals would learn to be modest and stop lecturing Europe — not least because America isn’t what it used to be, from a hard-power point of view. But the Bidenites think US “soft power” is enough: American cultural authority, exerted through our movies and media, including US government broadcasting.

It’s true that America has a great deal of soft power. But the problem is that US liberals consider themselves on a moral crusade to promote their boutique ideological norms and racialized worldview across the globe.

Then, too, as the baby boomers retire from the US Foreign Service, younger, dumber and more fervent crusaders will take their places. They will guarantee that these old Cold War institutions will sound like MSNBC.

But the crusaders are in for a shock. They use their soft power to telegraph precisely the messages now most likely to alienate Europeans. If Macron, once the liberal’s liberal, thinks it is now a political imperative to denounce the import of American ideas, then Americans must confront the new reality to which their elites are oblivious: Wokeness weakens America in Europe and beyond.

Remains found in Staten Island were from homicide victim: cops

Steve Cohen is back on Twitter after GameStop debacle