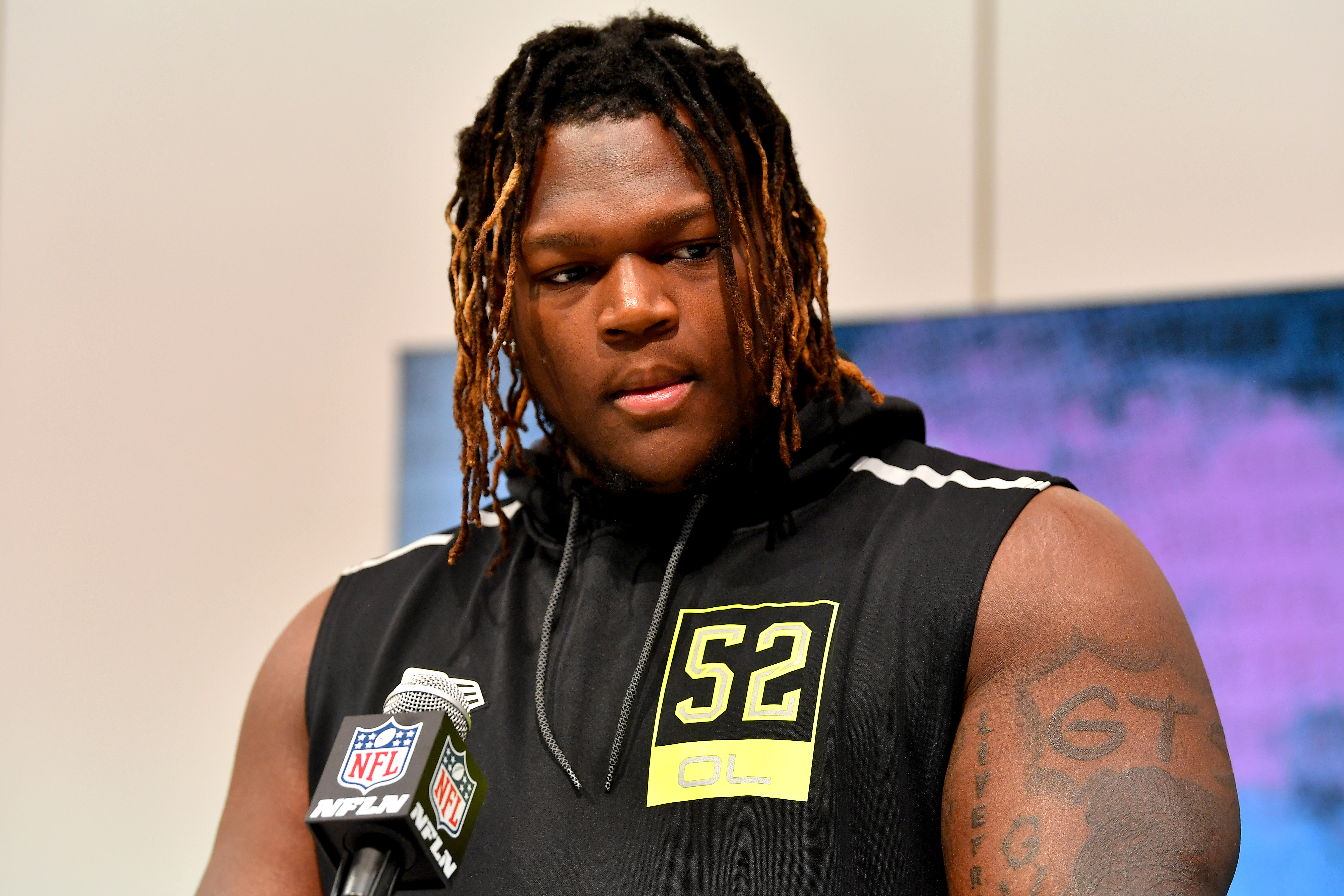 “Done with football as a Titan,” the troubled first-round pick in the 2020 NFL Draft tweeted – then deleted.

It comes one week after Titans GM Jon Robinson questioned whether the offensive tackle had the proper motivation for an NFL career.

“He’s going to have to make a determination on whether he wants to do what it takes to play pro football. That will be on him,” Robinson said.

“I know what the expectation level is here, and it’s no different than any other player on the football team. We have a certain standard that we want players to prepare and perform at professionally, and as people, and there’s a lot of work to be done there.”

Wilson, a Brooklyn native, had a disastrous rookie season, which included two trips to the reserve/COVID-19 list, two run-ins with the law — the first for attending a college party at Tennessee State that police broke up and the second for a DUI — and four total snaps played.

ESPN.com reported that at the Tennessee State party, Wilson was on the second floor balcony and “appeared to briefly consider jumping.”