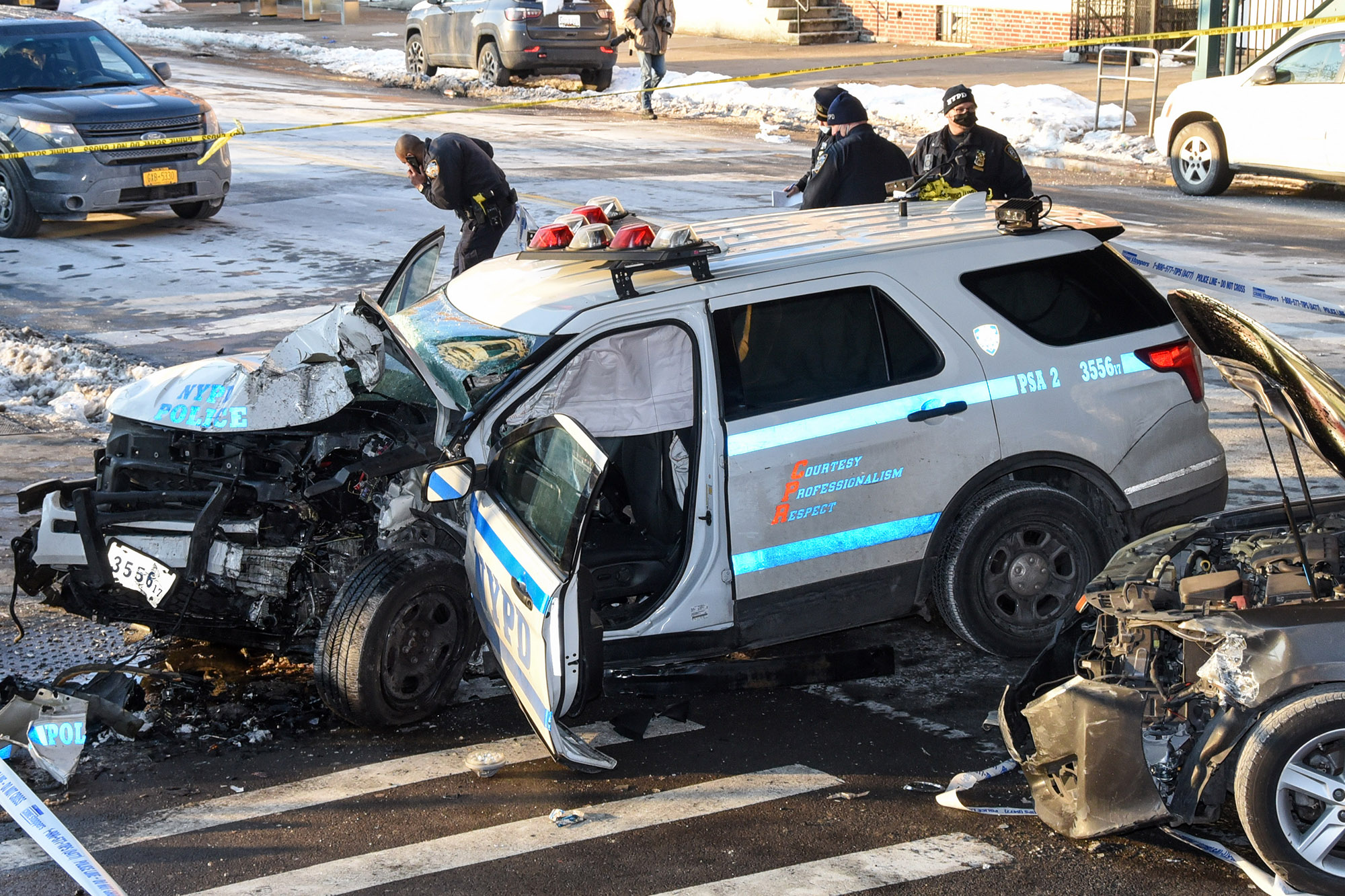 Two NYPD officers were hurt after their patrol car collided with a livery car and smashed into a support pillar for elevated subway tracks in Brooklyn Saturday morning, authorities said.

The cops were responding to reports of shots fired when they were involved in the crash at the intersection of Pennsylvania and Livonia avenues in East New York around 6:30 a.m., police said.

A video obtained by The Post appears to show the NYPD vehicle speeding, with lights and sirens blaring.

A livery cab was in the midst of making a leisurely turn at the intersection when the NYPD sport utility vehicle, with lights on and sirens blaring, races through the same spot, the video shows.

The video shows the cop car clip the cab, and then bounce off the pillar for the elevated 3 train at the Pennsylvania Avenue stop.

The impact left the SUV’s front end mangled. Both officers were seriously hurt, including one who suffered two broken leg bones, but both are expected to survive, sources said.

One officer was taken to Brookdale Hospital and the other to Jamaica Hospital. Both suffered legs injuries and possible broken bones, and were in stable condition, the NYPD said.

Cops said the livery driver wasn’t hurt and no criminality is suspected, but a friend of the driver said the cabbie was “shaken up” and taken to Kings County Hospital.

The friend, “Maurice,” a fellow livery operator, told The Post his pal has been driving for 30 years.

“I think he was going to make a Uber pick-up. That guy is a tough guy but he is is shaken up,” said Maurice said, “It was after the impact he realized the (cop) car was there … He has a dash cam inside the car. It’s gonna tell everything. Our life is an open book.  We are all about safety, safety, safety — correcting the other person’s mistake.”

The NYPD did not find the gunman in the “shots fired” job at Vermont Avenue, but recovered a shell casing on the building rooftop, police said.

The crash is under investigation.