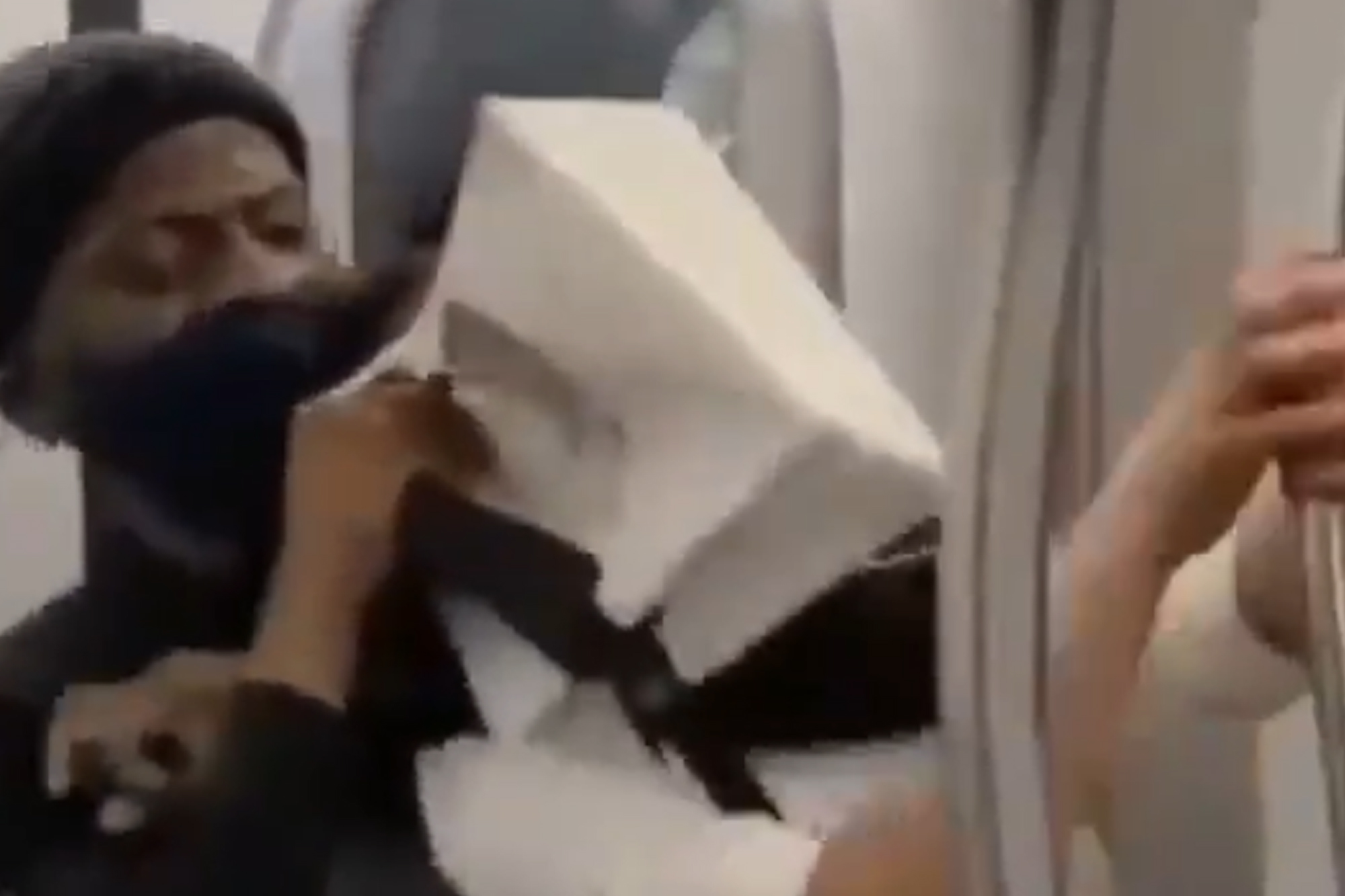 Horrifying new video captures an out-of-control New York City subway rider mercilessly beating another straphanger unconscious in front of other passengers — in what cops are calling a possible hate crime.

The NYPD’s Hate Crime Unit tweeted out footage of the violent incident, and the department said the attack is being investigated for possible bias.

However, sources said cops are still waiting for the victim to come forward before they can determine whether there was any.

It wasn’t clear what sparked Sunday’s train beat-down, law enforcement sources said — but a woman can be heard on the footage being asked what prompted the attack and replying, “He called him a n—-r.”

The video shows a man dressed all in black pummeling his male victim before putting him in a chokehold that leaves him limp, crumpled on the floor — as other riders futilely urge the assailant to stop.

The assailant then glares over his black face mask at the other riders — with the victim lying motionless at his feet — before fleeing the train.

Law enforcement sources said cops believe the incident occurred on a J train at the Kosciuszko Street station in Brooklyn.

How Mets are trying to help J.D. Davis stick at third base