What Biden had to say about Cuomo sexual harassment scandal 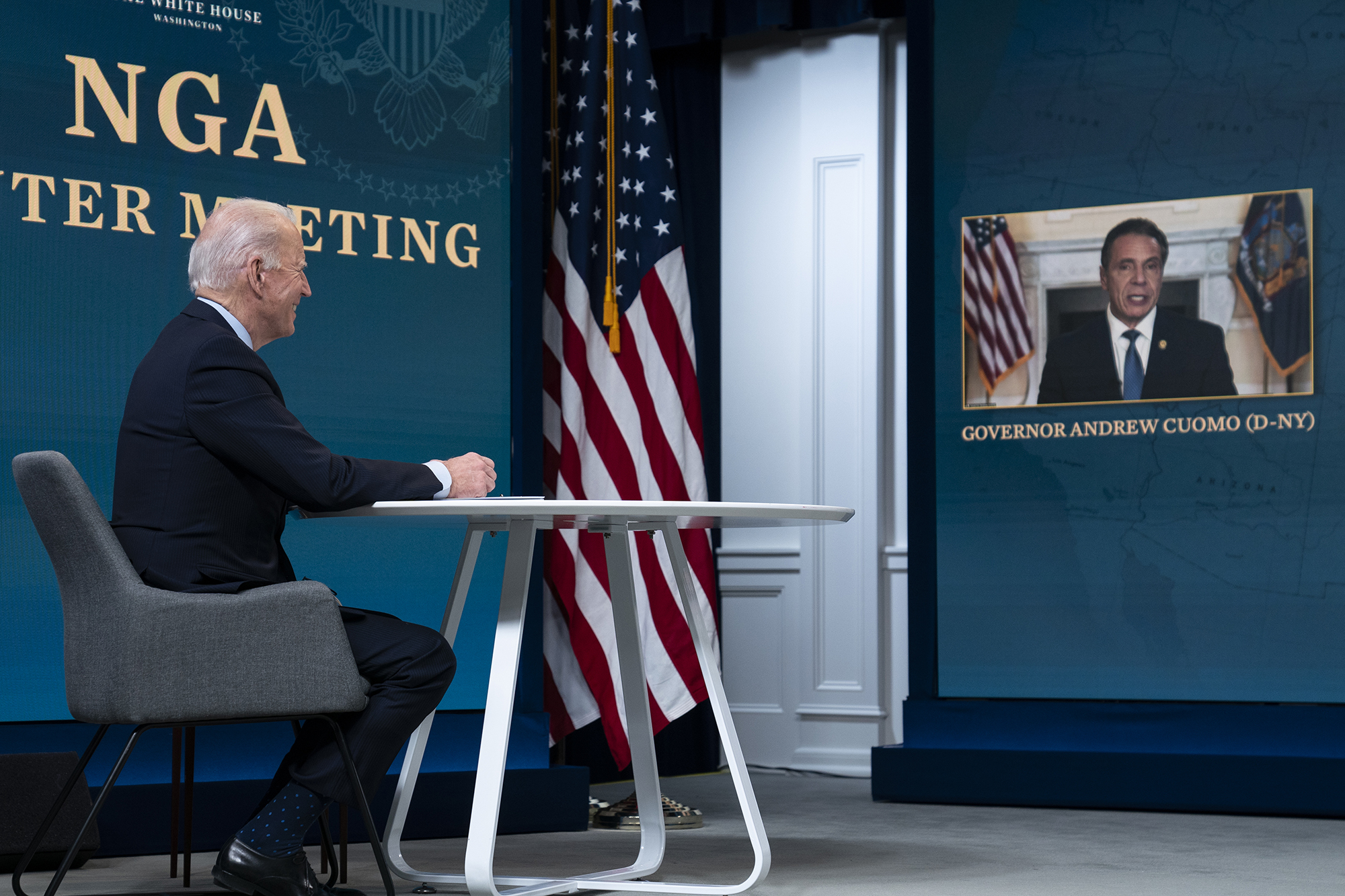 President Biden on Sunday commented on Gov. Andrew Cuomo’s spiraling sexual harassment scandal — refusing to call for his resignation, while saying he wants to see what comes of the independent investigation into the allegations.

The president was asked by a reporter at the White House whether he thinks the three-term Democrat should resign, according to a report from the president’s press pool.

“I think the investigation is underway and we should see what it brings us,” Biden said.

Earlier on Sunday, House Speaker Nancy Pelosi similarly declined to call on Cuomo to resign, saying only that he “must look inside his heart” to decide if he should step down.

“I think we should see the results of the investigation,” the California Democrat said on  ABC News’ “This Week.”

“And what I’m saying is the governor should look inside his heart — he loves New York — to see if he can govern effectively. I think we should see the results of the investigation,” she added.

The accusations Cuomo faces have prompted an investigation by state Attorney General Letitia James, and the New York State Assembly has opened an impeachment inquiry.

A number of Democrats representing New York in Congress — including Sens. Kristen Gillibrand and Chuck Schumer — have called for Cuomo to resign.

Cuomo, 63, has continued to deny the claims and vowed not to submit to “cancel culture” and step down.