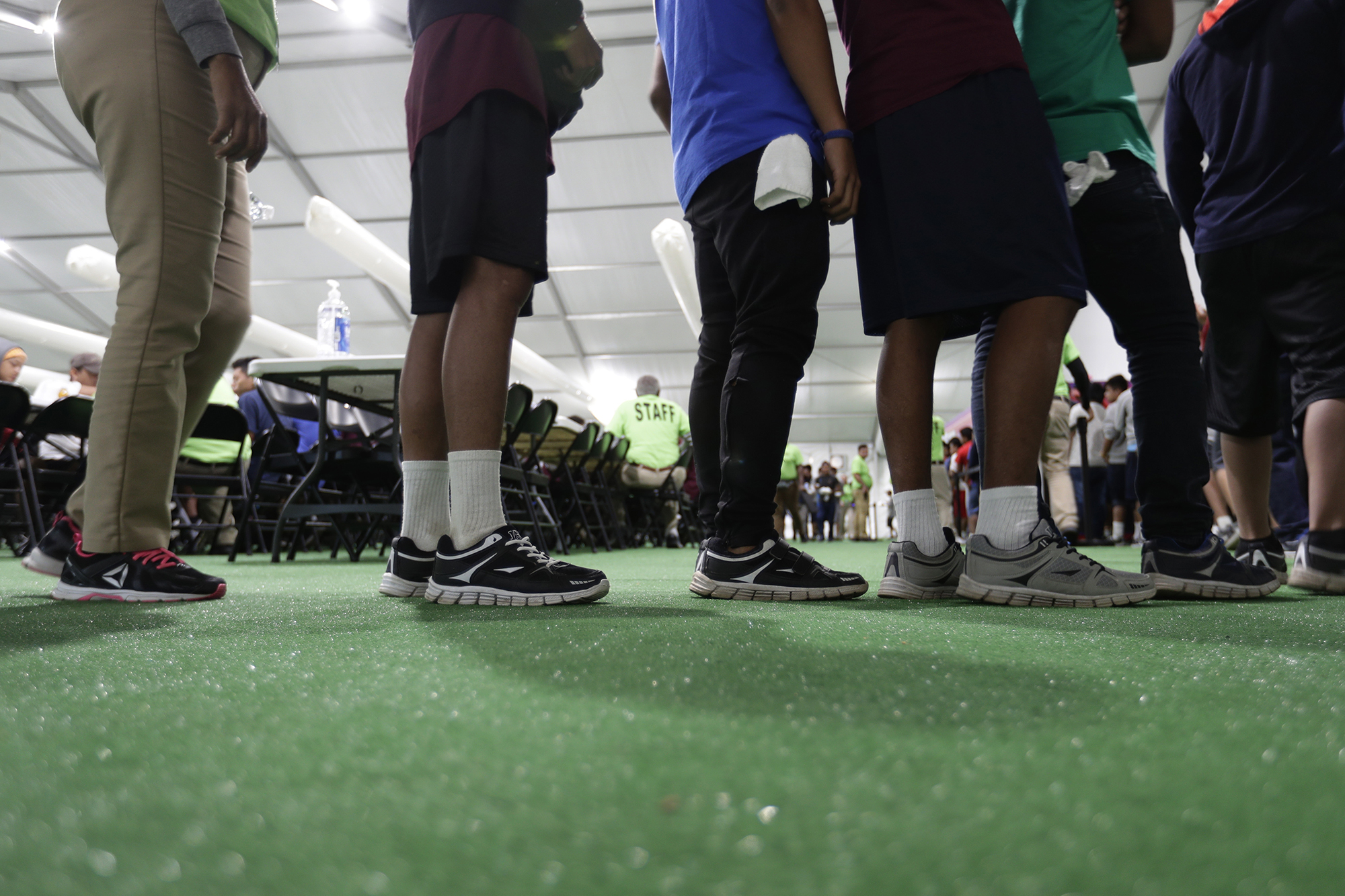 White House officials along with members of Congress are traveling to the southern border Wednesday to visit a facility being used to house migrant children amid the current surge at the US-Mexico border.

They are touring a facility in Carrizo Springs, Texas, as the Biden administration grapples with the massive influx of migrants at the border.

President Biden, who has come under fire for the handling of the migrant situation and has yet to travel to the US-Mexico border as commander-in-chief, was meeting with key cabinet members and immigration officials Wednesday.

The White House was limiting media access for Wednesday’s tour at the Carrizo Springs facility — where more than 750 teenagers are being held — and will allow just one TV crew inside.

White House press secretary Jen Psaki said Wednesday that the White House was “committed to transparency and we’ll continue to work with agencies on creating avenues for media access to and visibility into these facilities.”

The ability of news outlets, including The Post, to document the crisis at the US-Mexico border has been severely restricted in recent weeks, despite the repeated assurances from the White House that Biden is committed to “transparency.”

Lobbyist to be paid $2 million to ‘explain’ Myanmar’s coup

Woman convicted of having sex with two boys during sleepovers