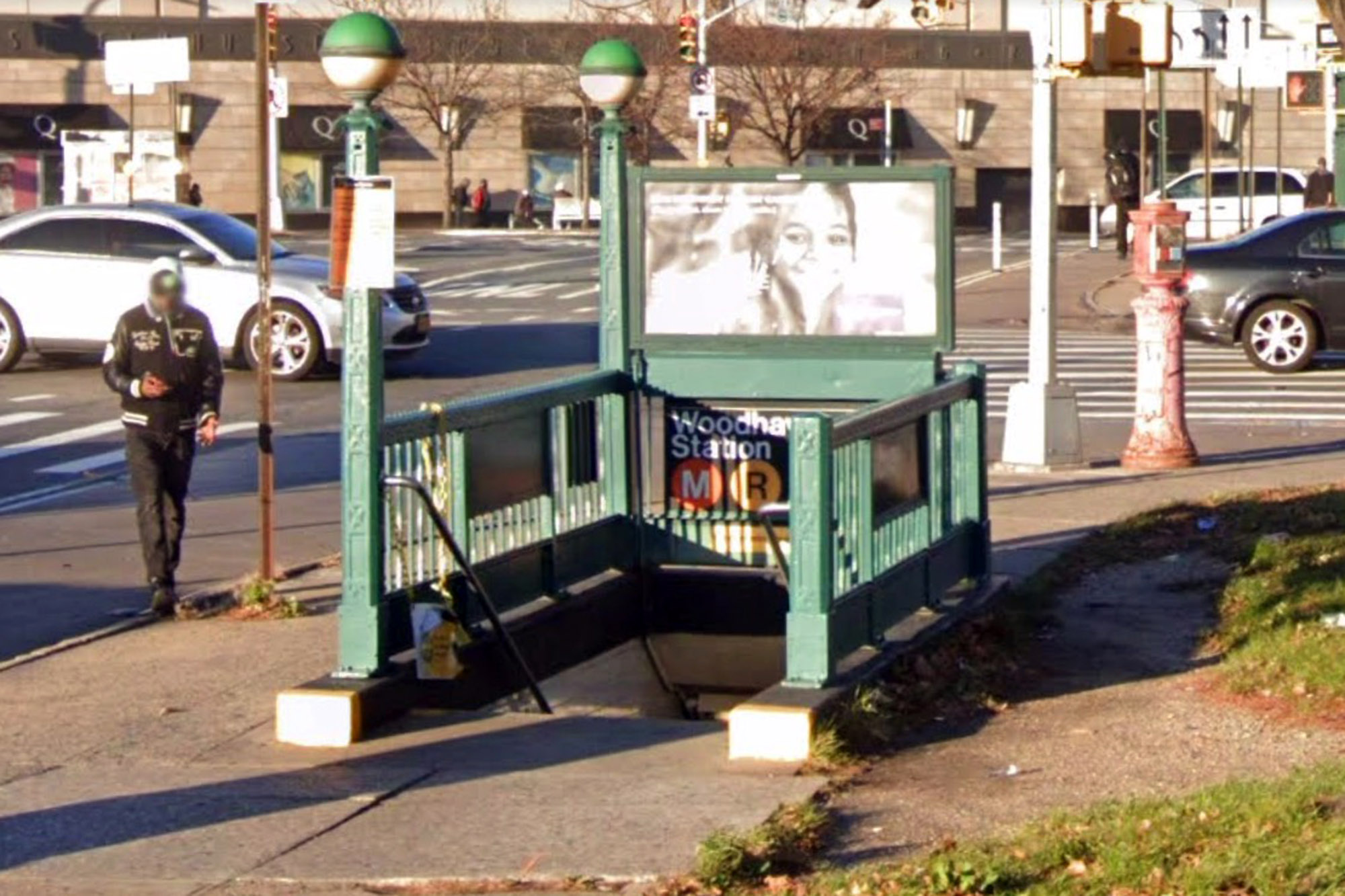 A stranger shoved a 26-year-old woman onto the train tracks in a Queens subway station, according to police sources.

The victim said she got off a train at the Woodhaven Boulevard station and was walking on the platform Sunday when a man suddenly pushed her from behind, onto the roadbed, the sources said.

The woman told authorities she went home and called 911, but didn’t explain what happened — only asking for the police precinct that covers the Woodhaven Boulevard station, the sources said.

The victim told police she was referred to 311 but hung up.

She showed up at Transit District 20 headquarters Tuesday and reported the incident, the sources said.

Surveillance video from the station, viewed by investigators, shows the woman leaving the station with dirt on both pants legs and both hands, according to the sources.

The suspect is described as between 40 and 50 years old, around 6 feet tall, last seen wearing a black mask and a beige waist-length jacket.

The incident is the latest in a recent string of violent incidents on the rails.

Here’s when millions of Americans will get stimulus checks